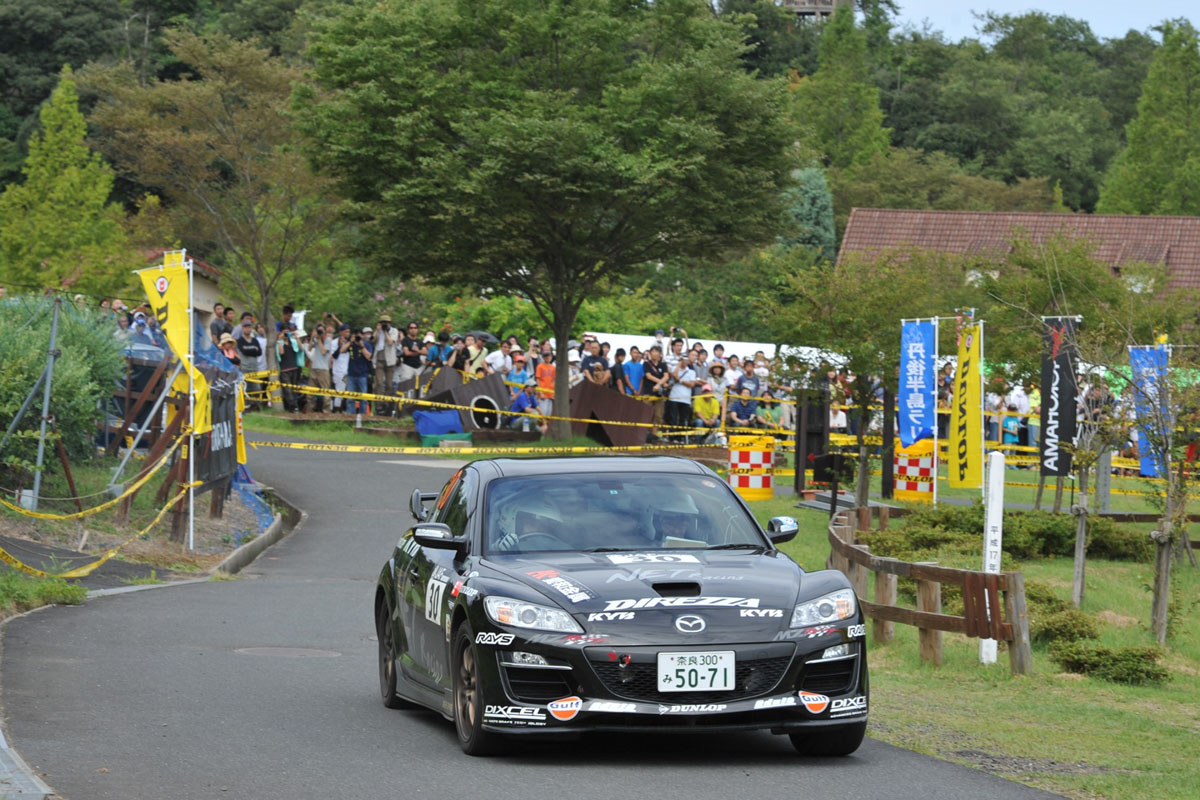 Round 6 of the All Japan Rally was held over August 30th-31st in the Tango Peninsula, located in the Amanohashidate region of Kyoto Prefecture. Here the Mazda RX-8 of Akinori Nakamura/Satoshi Furukawa took victory in the JN1 class. Triumphing at this all tarmac rally has given them their 3rd win of the season.

Nakamura confidently related, “As this event was being held in my home area, I went in with the mindset of winning no matter what. This is a course that I’ve competed on many times in regional battles and it really suits the RX-8. For this reason I really went all out trying to best the JN5 class cars, like the 86 and BRZ, and in the end I got an overall 12th which I’m pretty happy with. I want to also grab victory at Highland and Shinshiro.

In the JN3 class, representing the Demios, Koichi Okada / Ayumi Urushido grabbed the 2nd step on the podium. Okada said, “Compared to Monterey, the stability of the car was significantly better and felt wonderful to drive so I fought this rally out fully confident that I could win it. However I feel that I should apologize to all the Mazda and Demio fans. I made a mistake with the choice of rear tires. I managed to do pretty well in the first consecutive stage but in the next SS I began to lose pace and the time difference opened up. That kept on happening and I wasn’t able to effectively fight for top spot. I really messed up with that tire choice.” Still, 2nd place is not a bad result at all. Rina Ito, who is currently in the spotlight, was securing 4th place right up until the final stage of day 2. However, she would tragically run off course moments away from the finish of the last SS. This caused significant damage and forced her to retire. She later confided, “This time around I was running at a good pace and achieving a decent speed that needed more detailed pace notes than the ones we had in order to deal with some of the corners. I’ve learned that if you don’t make pace notes based on higher speeds, you won’t be able to handle the course when you really attack it. That’s an important lesson. I’m pretty disappointed that I missed an opportunity to grab a podium finish, made a mistake that I couldn’t recover from and damaged the car.” Hopefully Okada and Rina can give a great performance at the next rally (gravel) in Hokkaido