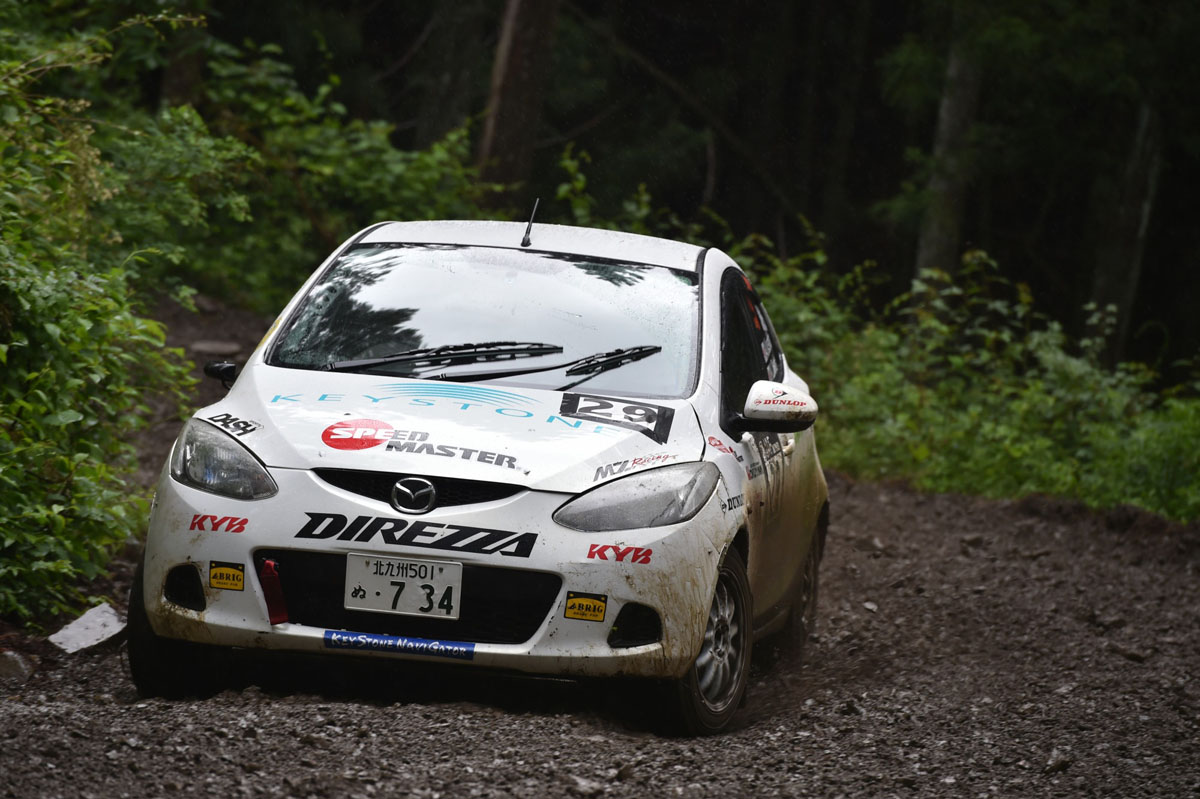 The “Let’s do our best! Fukushima MSCC Rally 2014,” centered around Tanagura, Fukushima Prefecture, was held over June 7th (Sat) and 8th (Sun) where the 5 Mazda Demios participating in the 11 car JN3 class struggled to get a handle on the rain soaked muddy roads which led to some disappointing results. Among them was Shinichiro Karakama who had been rocketing along at 2nd in class when his car stopped in the final SS leaving 2nd place to slip out of his grasp.

Karakama’s Demio, which set a stage best record for SS3, had been running in second right until it headed into the final stage of the second day, SS14. Despite having had no serious issues with the car up until that point, immediately following the start of SS14 an abnormal noise began to be heard from the transmission. Due to the fact that this was a short 1km SS, priority was given to carrying out a conservative run to finish and secure 2nd. However, at “liaison” section the car completely stopped and despite attempting to have a fellow driver’s machine tow him to the finish line, he went over time and was unfortunately disqualified. Team owner, Tamotsu Minamino stated, “We decided on a suspension set adjusted for the MSCC rally and, with the wet road surface, the power difference with other vehicles was minimal. So we saw this as a perfect chance to push for victory. However all three machines suffered various problems and unfortunately we weren’t able to take advantage of our opportunities. It’s especially unfortunate for Karakama who had been holding onto a potential winning position the entire rally.”

Similarly, the Demio of Koichi Okada experienced technical difficulties following the end of SS3 and was forced to retire. Rina Ito became stuck in SS5 and then damaged her drive system which led to a wash out. Atsushi Uehara also withdrew in the early stages and ultimately the only Demio out of the 5 that managed to complete the entire rally was that of Hiroshi Tako who finished in 4th. Another 7 rival machines also dropped out which showed just how much of a car-breaking rally this really was. Okada apologized saying, “I’m really sorry to all our fans. Once again we weren’t able to get a good result. Still, like always we’re going to get passed this and move onto the next race.”