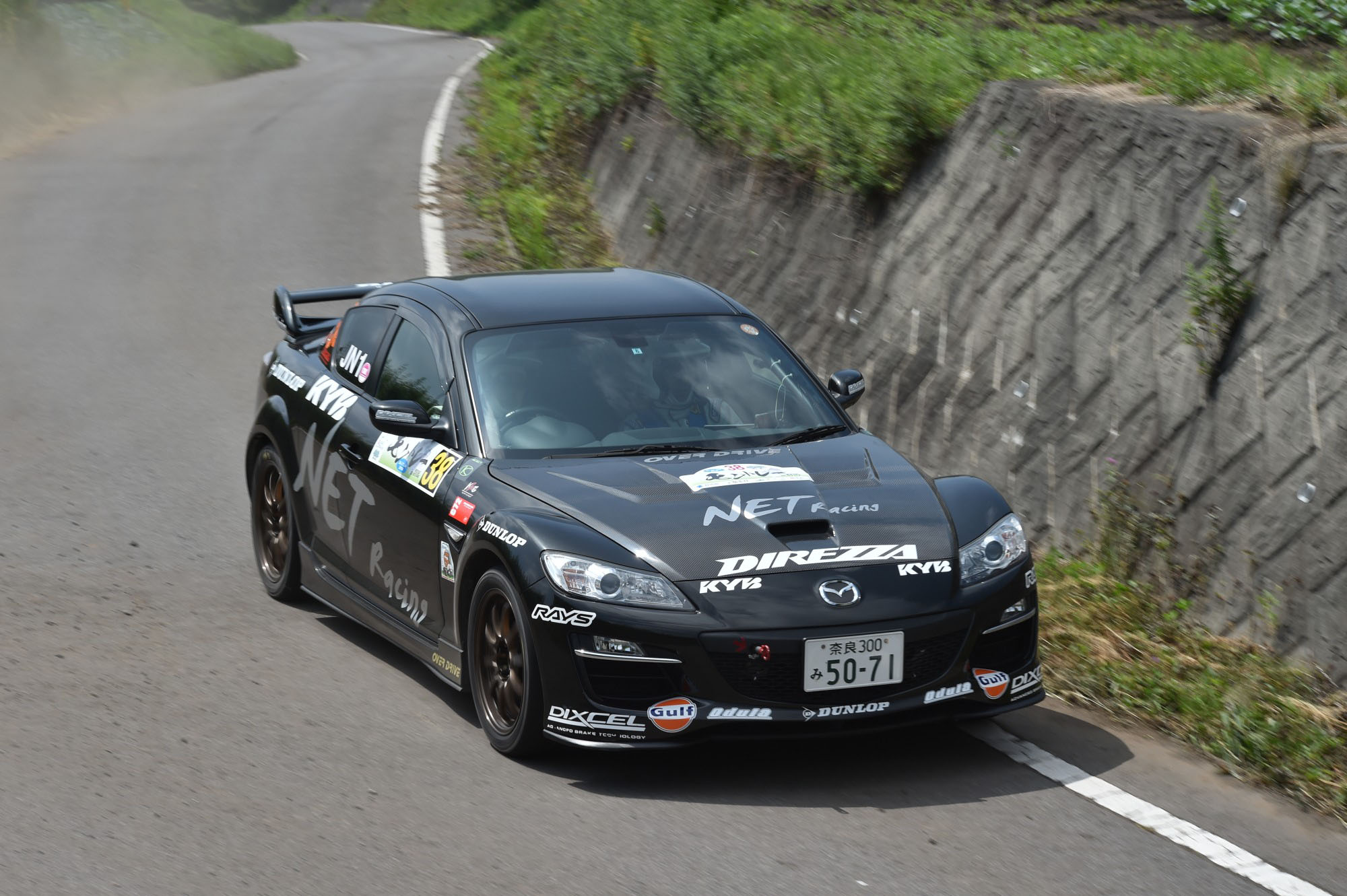 Between July 26th-27th round 5 of the All Japan Rally, “Moterey 2014,” was held in an area centered around the town of Tsumagoi, Gunma Prefecture where the Mazda RX-8 of Akinori Nakamura/Satoshi Furukawa took JN1 class victory. In the JN3 class, where 4 of the 10 competing vehicles are Demios, the Demio of Koichi Okada/Miyoko Ishikawa finished in 2nd.

The Monterey Rally, which every year delights fans with its elaborate spectacles, was until last year held in the Eastern part of the prefecture. However, beginning from this year the event will be held in the west under the majesty of Mount Asama. A rally park was set up at the Palcall Tsumagoi ski resort and various tarmac stages prepared including the adjacent “gallery stage” and “Asama circuit.” At the end of day 1 the winner of the opening round in Karatsu, the Nakamura RX-8, had pulled away from the competition by more than 1 minute 20 seconds. By the end of the rally this lead had increased to about 2 minutes, a dominating victory. The 2002 2WD category A-class champions, Kenji Iwaki/Akihiro Tsuyuki (Mazda Demio) showed a long awaited resurgence to grab 2nd. In the JN3 class the Okada Demio finished day 1 in 3rd place but in day 2 gradually began to shave down the time difference and, in the final stage, managed a turnaround to take their first 2nd for some time.

JN1 winner, Nakamura happily commented, “This year I was focusing on nothing but the tarmac. I’m really glad I could follow up my win in the first round with a victory in Monterey. This is a high-speed course so it’s really suited to the RX-8. We’re planning on competing in the next three rounds of Tango, Highland and Shinshiro and, if we can, want to win every single one and with any luck we’ll take the championship (laughing).” Okada from the JN3 class related, “At the start of day 2 there was a 7.5 second difference between us and the car in 2nd. However, we were able to gradually close that gap and by the start of the final SS it was down to 0.3 seconds. That left just the 0.51km super special stage. There, we were also able to set a best time that was 0.6 seconds faster than the machine in front which meant we had managed to take 2nd in the JN-3 class by 0.3 seconds. Not only that, we took class 1st for day 2 to grab 3 day points. I really want to say thank you to all the fans who support us.”