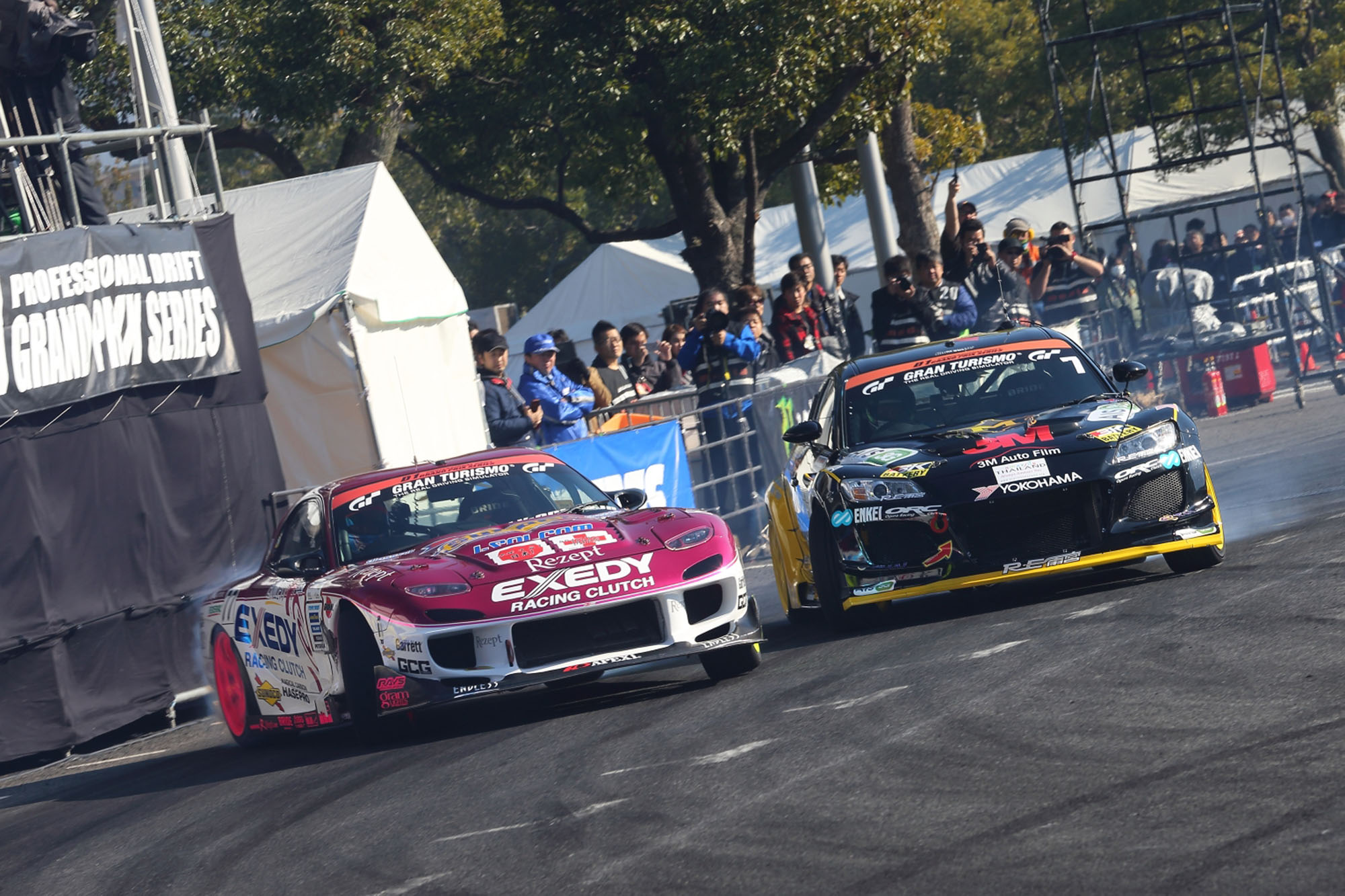 The Tokyo Auto Salon was held over 3 days between January 9th-11th at Makuhari Messe and D1GP exhibition matches called “D1GP kickoff drifts” were carried out at the event’s outdoor venue. Only the top 8 drivers from last year were able to participate in this event, which saw two Mazda machines, the #77 “EXEDY R Magic D1 Racing” RX-7 driven by Yukio Matsui and the #7 “Team RE Amemiya SUNOCO” RX-8 of Masao Suenaga, take part. The duo’s RE sound utterly enthralled the crowd right till the end.

Although the special venue set up at Messe’s parking area was an unusually narrow course, Matsui took advantage of the lightness and traction of his R Magic RX-7 on the first day to advance to the finals. Although he ultimately lost out in speed to the #1 GT-R driven by Kawabata, he achieved a commendable runner up finish. Matsui later commented, “Since my opponent’s car was quite heavy I though that I had a good chance, but it was faster than I expected.”

On the other hand, the #7 RE Amemiya RX-8 driven by Suenaga was eliminated in the first round of the “tsuiso” (chasing race) event held on the first day. This was followed up by misfortune on the second day, with damage to the car’s transmission oil cooler hose forcing a retirement. On the third day, however, he pulled out an impressive performance that saw him carry out an intense battle with #86 Hibino in the semi final. After a close race that saw both drivers making stabs at their opponent’s inline, Suenaga was defeated by a narrow margin. In the race to decide 3rd place, he went up against #60 Imamura, but in the first run received a push that sent him into a half spin. Ultimately, this became the deciding factor in the races and led to a 3rd placing finish for Suenaga.

Suenaga remarked, “I was pushed in the first run, so I thought I would give him a similar push back in the second to even it up a bit. However, he managed to resist my onslaught better than I expected so I ended up winning (laughs). Still, in the end I was able to carry out a fair-and-square, all out match.” The final winner for the first day and second day was the #1 Kawabata. The final winner for the third day was #86 Hibino.

Photo by RE Amemiya & R Magic