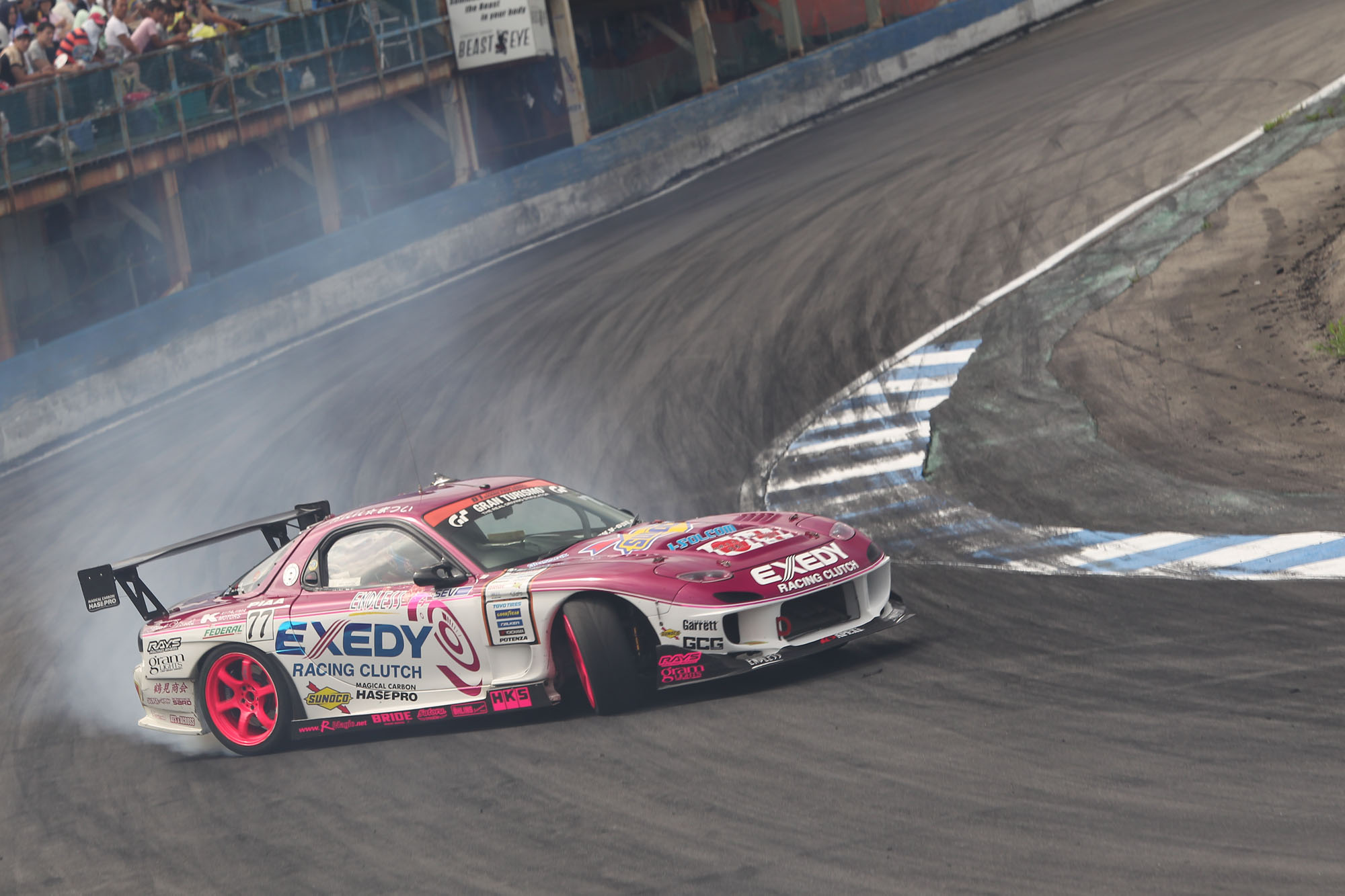 To begin with, in round 4, Suenaga displayed a superb performance to take the top score in the tanso (solo) qualifying runs which he followed up with victory in the tanso finals. When the rain let up right before his session began, Suenaga said “I saw my chance and decided to lift the pace. I made a slight mistake and my angle was a little shallow but I managed to get enough speed so I think it was good enough.”

In round 4’s tsuiso (chasing race) semi-finals, Suenaga was outdone by Hibino in the #86 but still managed to finish in 3rd. On the other hand, Matsui repeatedly showed consistent high speed drifts in the tsuiso runs to advance into his first finals race. He would be facing off against Hibino. In contrast with Matsui’s impeccable error free run, Hibino showed some stumbles when re-entering his drifts and this handed Matsui his first victory of the season. Matsui went on to say, “This was my first time advancing to the finals so I was a little apprehensive but I managed to stay composed and drive like usual. I’m pretty happy about that.” R Magic’s team principal, Yukihiro Ohara explained, “This time around the mechanics worked really hard, replacing the front and rear springs, the shock absorbers, differential, and transmission. So the pressure really was on Matsui to repay their efforts and in the end he didn’t disappoint.”

In the following day’s round 5, Matsui came up against Hibino’s counterattack and was ultimately bested. As for Suenaga, he found himself caught up in the the line of #70 Yokoi’s blundered drift which caused him to also make a mistake that unfortunately cost him a further advance. He ultimately dropped out in the best-8. Still, currently ranked 2nd, he will be heading into October’s final round with a good chance of taking the series championship