Consecutive wins for the Uda Demio at Round 2 of the All Japan Rally, the Kumakogen Rally 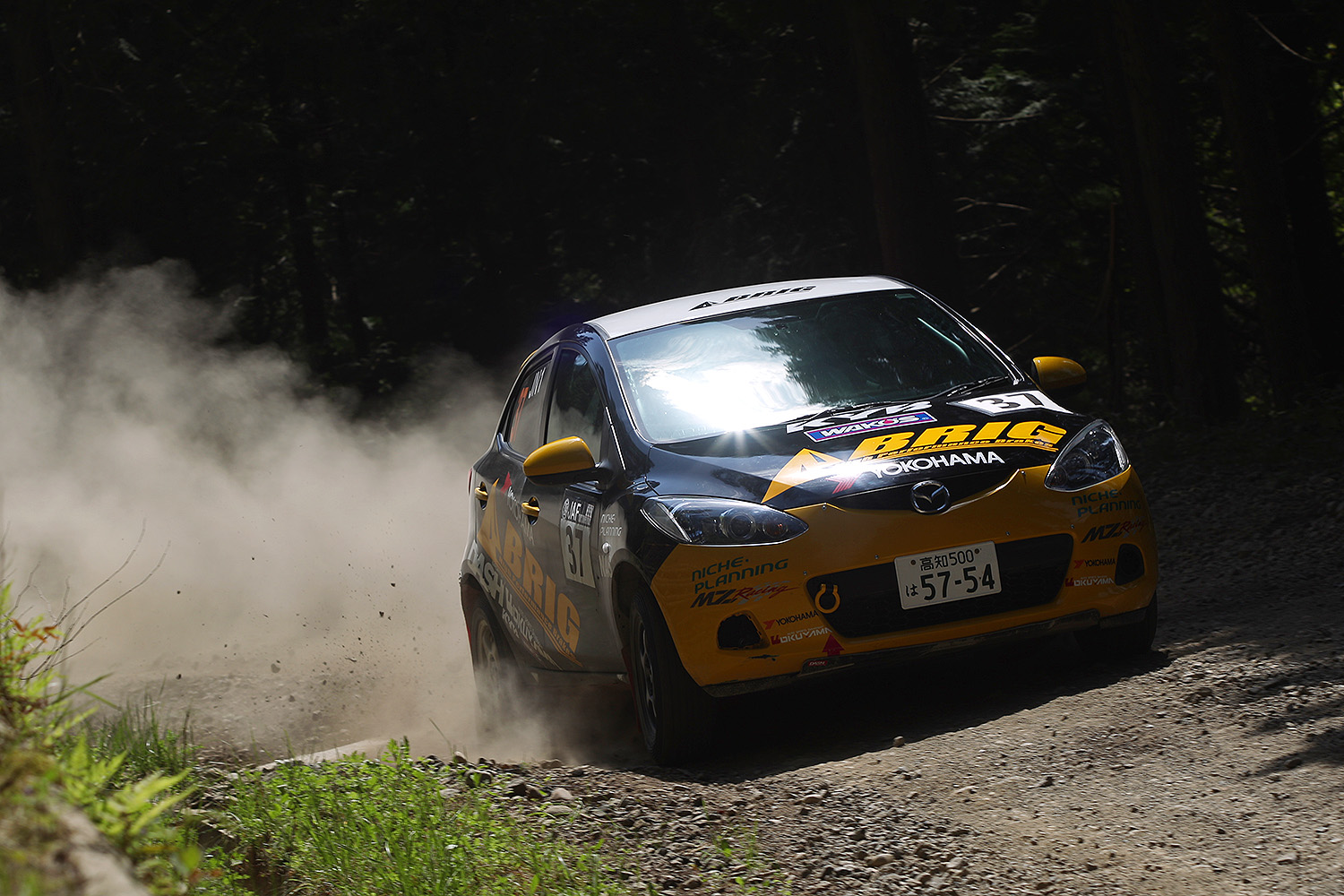 Over May 4th (Sun) and May 5th (Public Holiday) the second round of the All Japan Rally Championship was held at Kumakogen, Ehime Prefecture, where the Keisuke Uda / Hirotaka Ishikawa Demio took victory for the second year in a row. They can now boast consecutive victories at the same rally.

Uda said, “We took first in the JN1 class last year in the 1.3 liter Demio, so I’m really happy that we could take consecutive victories. This rally’s road surface is very rough making it a very tough event in which victory depends a lot on whether or not you can make it through without the vehicle failing. In that sense, that we could create such a margin as we did in SS1 gave me a lot of confidence. As our rivals have powerful 4WD machines, the rain on the second day had me a bit worried, but the margin we built on the first day gave me faith in the reliability of the Demio and I was able to race without worry. Next we’re scheduled to compete in Round 4 in Toya. I really want to take victory this year no matter what and achieve a joint win with the Demio of the maestro, Mr. Okada (JN3), who gave me a great deal of invaluable advice.”

This Okada (JN3 class 1.5 liter Demio) spoke of his rally; “The drive shaft broke about 700km out from the start of SS1 and I was forced to retire. It’s a bit of shame but it seems to have been due to a maintenance mistake. We had set out to take victory so it was extremely disappointing. We will recover at the next rally in Fukushima.” Furthermore, in the JN3 class, M Sports’ Yukihiro Fujita (Demio) came class 3rd, while Rina Ito (Demio) took 5th in class. Fujita went on to say, “This Demio is a new car so I wanted to really attack the race but the rain on day two forced a somewhat restrained drive that resulted in 3rd place. There have been issues with incomplete combustion but the balance of the car is good and I think we put pedal to metal from here on.” Another JN3 Demio, driven by Tamotsu Minamino, went off the road and was forced to retire.

Round 3 (gravel) of the All Japan Rally championship will be held over June 7th and 8th in Tanagura, Shirakawa District, Fukushima.