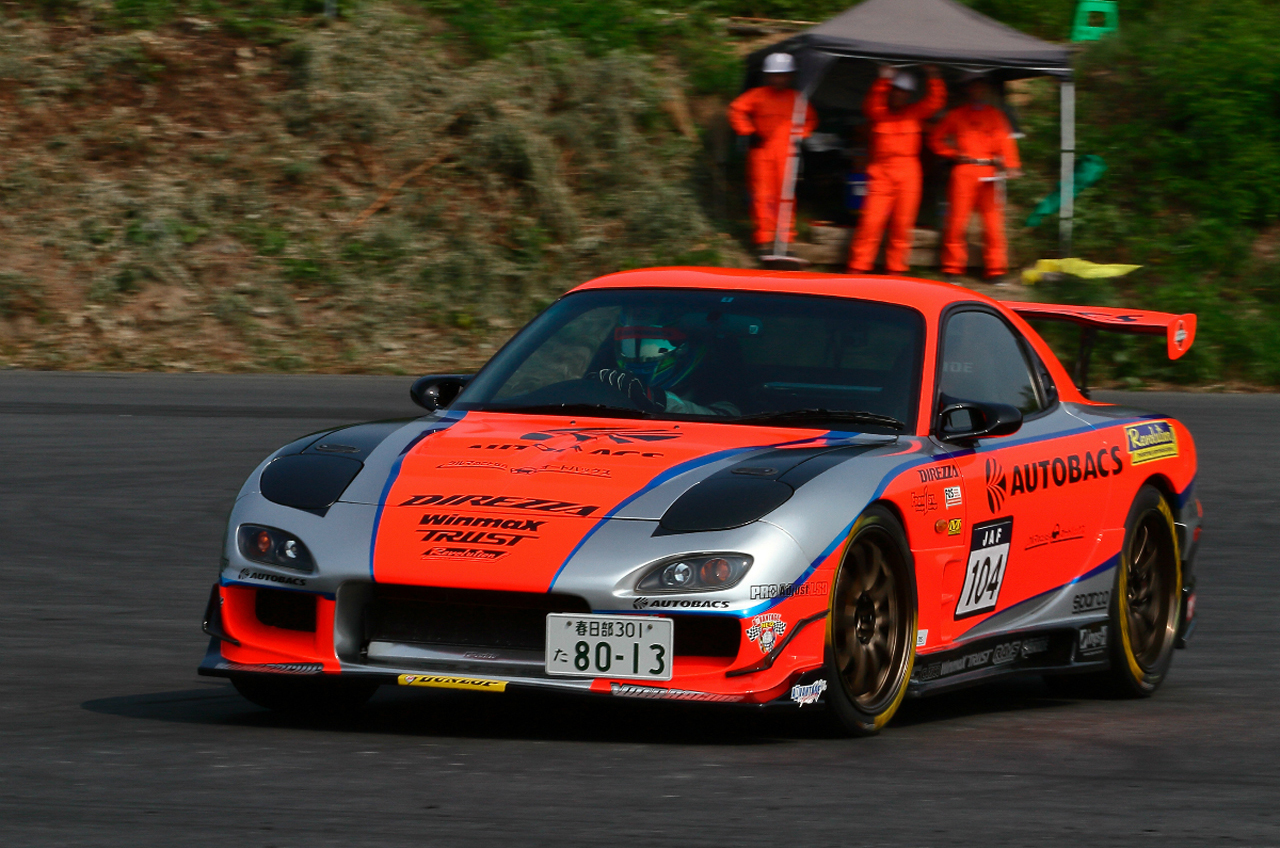 We have received a season review from Tadashi Kawakita who undertook full participation in the All Japan Gymkhana series’ SA2 class and blitzed the championship after winning 7 of the 8 races. Having been unable to compete in some of the later races of last season, he unfortunately ended that year in 2nd. However even last year he had achieved 6 consecutive victories and looked prime to take the championship.

“Beginning from the RX-7, NSX and Lotus Exige, a diverse range of genuine sports cars compete in the SA2 class making it a fascinating category where one can observe the various strong and weak points in the differing drive systems, and so on. Taking the lessons I learned from last season, I went into the opening round having reviewed every single part of the car’s settings and aiming to take victory in every round of the series. I managed to take victory as planned in the opening round at Okayama International Circuit and wanted to ride on that momentum throughout the rest of the year. However I struggled with the wet road surface in round 2 at Suzuka and right up until race day could not break into the top group, which had me a little worried. Due to that I made some significant adjustments to the car’s settings on the eve of the final race and these enabled me to somehow take a comeback victory and achieve my second win in a row. It really was a race where I felt I got a great deal of response from the car. I then went on to take another 3 wins in round 3 at Ebisu Circuit West Course, round 4 at Meihan Sportsland, and round 5 at Auto Sports Land Sunagawa to make it a 5 round winning streak. After that I headed into round 6 at my home ground of Kanetsu Sportsland knowing that if I could take victory there I would secure the championship. However in the first heat I made a fatal mistake and ended up recording no time. Completely resetting my mindset I went into heat 2 and managed a comeback victory to secure the season championship. Having had this much success so far it looked as if I might be able to achieve a perfect season by winning in the remaining two rounds but I would falter in round 7 at Kyushu’s Koi no Ura. The car felt great right from when I arrived and I was marking down some good times and this may have caused me to get a little overconfident. Despite marking the top time in heat 1 I was hit with a pylon touch penalty and finished in 2nd. In the second heat I marked the top time again, but this time I was penalized for going off course and finished 4th. With this I let the opportunity for a perfect season slip out of my grasp. Clearly there are still some areas that I need to work on. I made sure not to carry my previous errors into the final round at Honjo Circuit and convincingly took victory to close the season with 7 wins. I haven’t formally decided what I am going to do next season, but having grabbed the championship in the SA2 class I think I might take on a different class next year.”

Kawakita competed in the All Japan Gymkhana from 2002-2004 in an FD3S RX-7 and then changed over to an RX-8 from 2005. He took the championship in the SA1 class in 2010 and then, from the next year, returned to an RX-7 where he has again grabbed the title in his 5th year of competing in the car. This year will be his last competing in the FD3S RX-7 but we sure hope he continues racing in a Mazda motorsports machine next year.