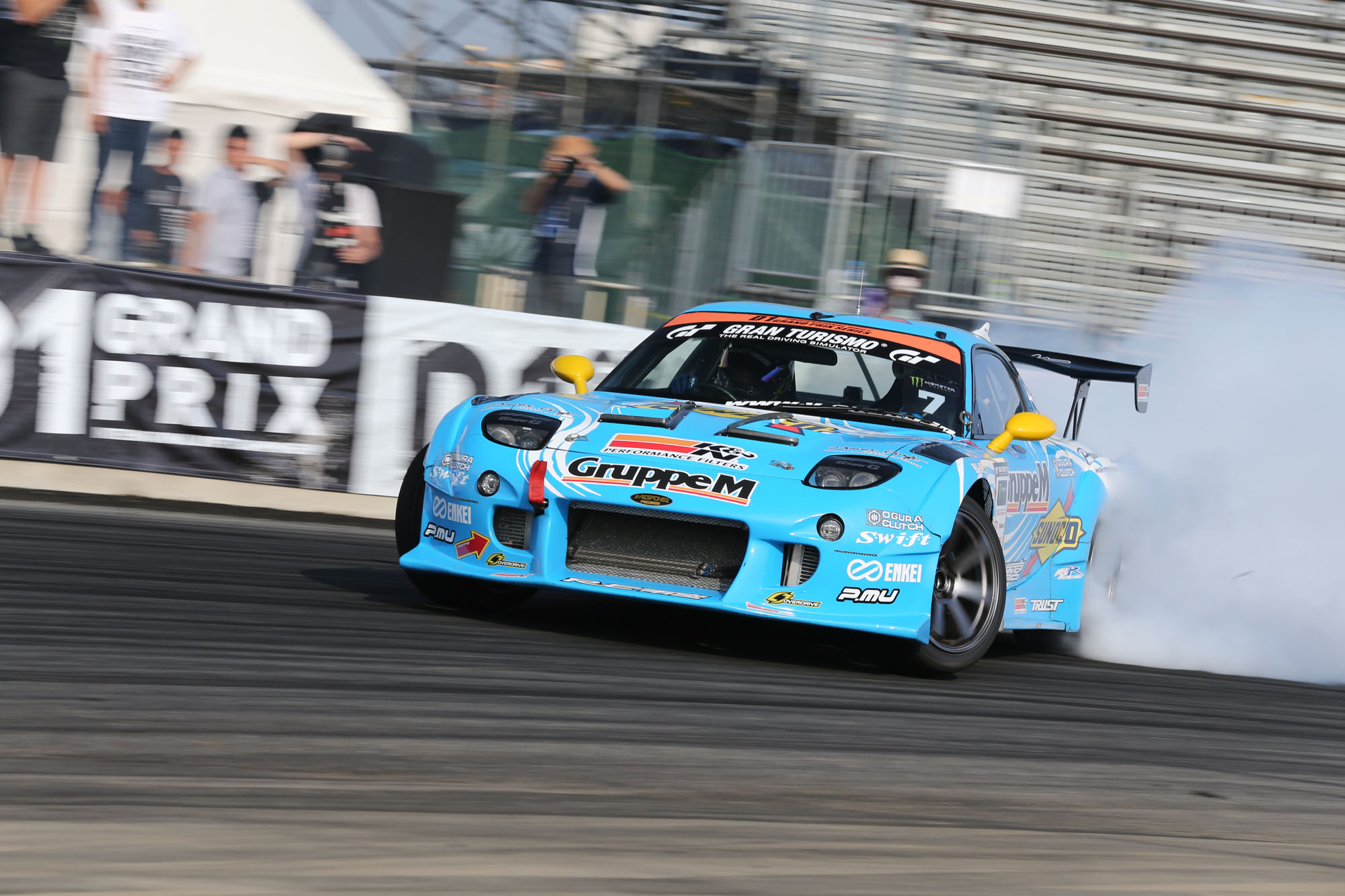 Round 5 of the D1GP was held over September 4th to 5th at the Osaka･Maishima Sports Island･Special Course. Mazda vehicles that competed included the #77 “EXEDY R Magic D1 Racing” of Yukio Matsui, the #7 “Team RE Amemiya GruppeM” driven by Masao Suenaga, and Junji Yamamoto’s #74 “Purism 7 with ORIGIN Labo.”.

All three would begin competing from Friday’s qualifier, and first up, #74 Yamamoto, experienced clutch trouble towards end of his first run and became unable to continue. He lamented, “Until that point I was driving really well so it’s a bit disappointing.” At the same time #77 R MAGIC’s Matsui struggled to perform to his best and was eliminated in qualification. Matsui commented, “Things didn’t feel right in free practice so I changed things up in qualifying but things just weren’t clicking and I couldn’t get points.” On the other hand, #7 RE Amemiya Racing’s Suenaga carried out a well-balanced run to pass through qualifying and carry him through to Saturday’s Tanso (solo run) final and Tsuiso (chasing run) tournament.

After finishing 10th in Saturday’s Tanso final, #7 Suenaga moved onto the Tsuiso qualifying sessions. He would be going up against #33 Yoshinori Koguchi. Koguchi opened up a 0.5 advantage over him in the first run but Suenaga, taking the chase for the second, pulled out a superbly close drift to close up that gap and make it even. Unfortunately he would be defeated on points achieved through the mechanical inspection carried out before hand. Suenaga reflected, “I managed a clean, good fight, but I’ve realized that it’s important to achieve points in the lead up to the race as well.”

An exhibition match, “Wild Speed II” was held on September 6th, where #7 Suenaga competed in the “boss” finals. He finished this event in the Best 8.