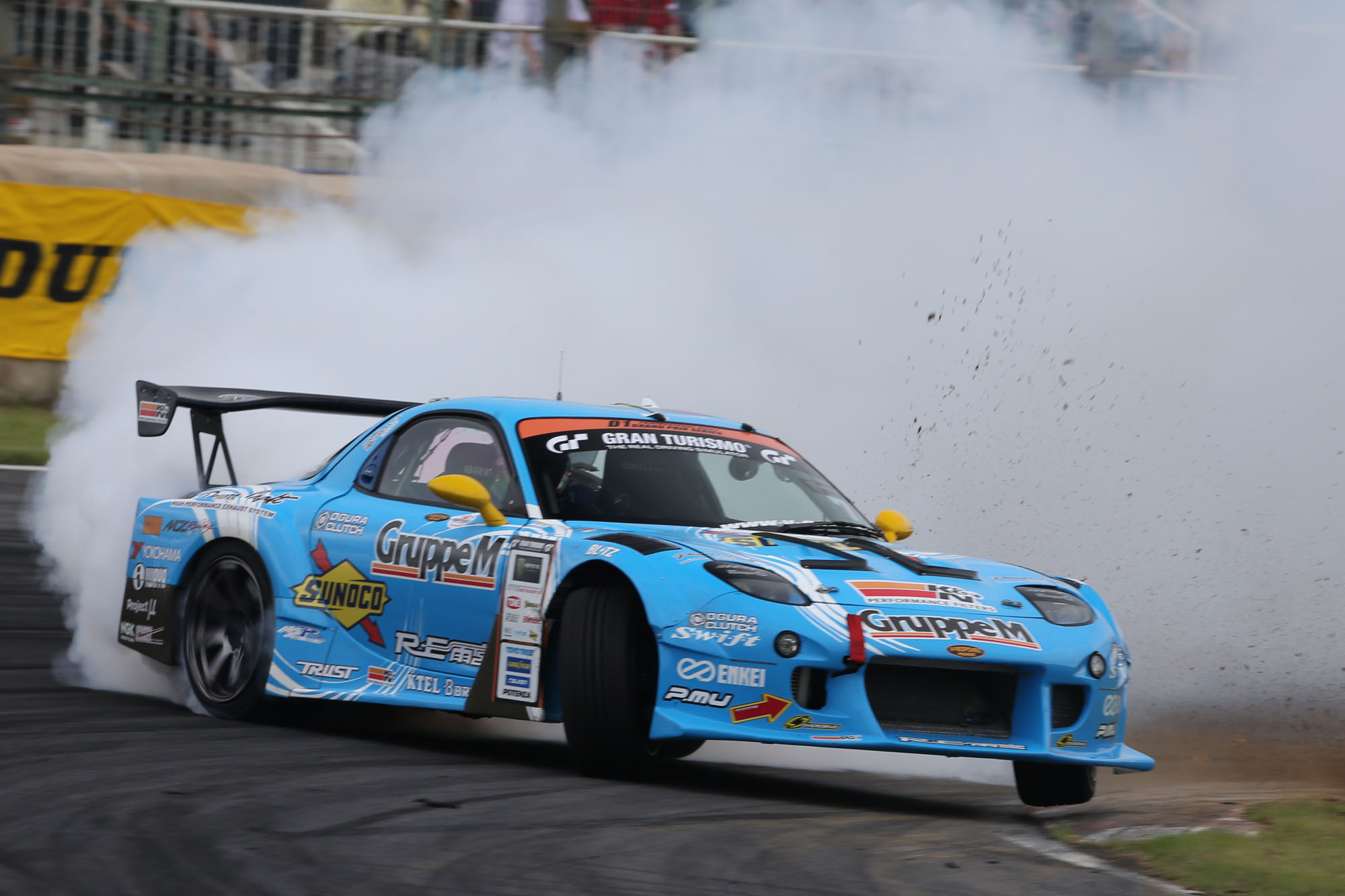 Round 3 of the D1GP was held over June 27th to 28th at Tsukuba Circuit Course 2000. The three Mazda machines competing were the #77 “EXEDY R Magic D1 Racing” driven by Yukio Matsui, the #7 “Team RE Amemiya GruppeM” of Masao Suenaga and the #74 “Purism 7 with ORIGIN Labo.” propelled by Junji Yamamoto.

All were competing from the “tanso” (solo) run qualifying held on Saturday, with #7 Suenaga getting a respectable 3rd. Unfortunately #77 Matsui would only place 23rd and #74 Yamamoto would not pass through qualifying coming it at 25th.

Matsui commented, “The conditions suddenly dried up so the setup I went out with wasn’t suited to the conditions and a couldn’t match my driving to the situation.” Yamamoto also lamented, “I hesitated for a moment at a puddle of water that was on the inside of sector 3, which made me lose tempo. Pretty disappointed with myself.”

Ultimately #7 Suenaga completed the final tanso race in 13th and would thus be beginning the following day from the tsuiso (chasing) run qualifying rounds. After taking the win against opponent #58 Kubo in the tsuiso qualifying run, #7 Suenaga went up against #31 Gocha in the Best 16 and after his opponent made a serious mistake he grabbed victory there too. He then attacked at #10 Matsuyama’s inline in the Last 8 to come out on top and head into the semi-final race. His semi-final opponent would be last year’s champion #1 Takahashi. #7 Suenaga dove into the first corner and was threatening Takashi’s inline but unfortunately made contact at the last hairpin, which resulted in a large penalization in points and elimination. Going on to say, “In the first run I was chasing and I thought that I really had to grab the advantage but I ended up pushing a little too hard,” Suenaga then went into the race for 3rd. Here his opponent, #81 Bai, spun out, securing him the 3rd step on the podium.