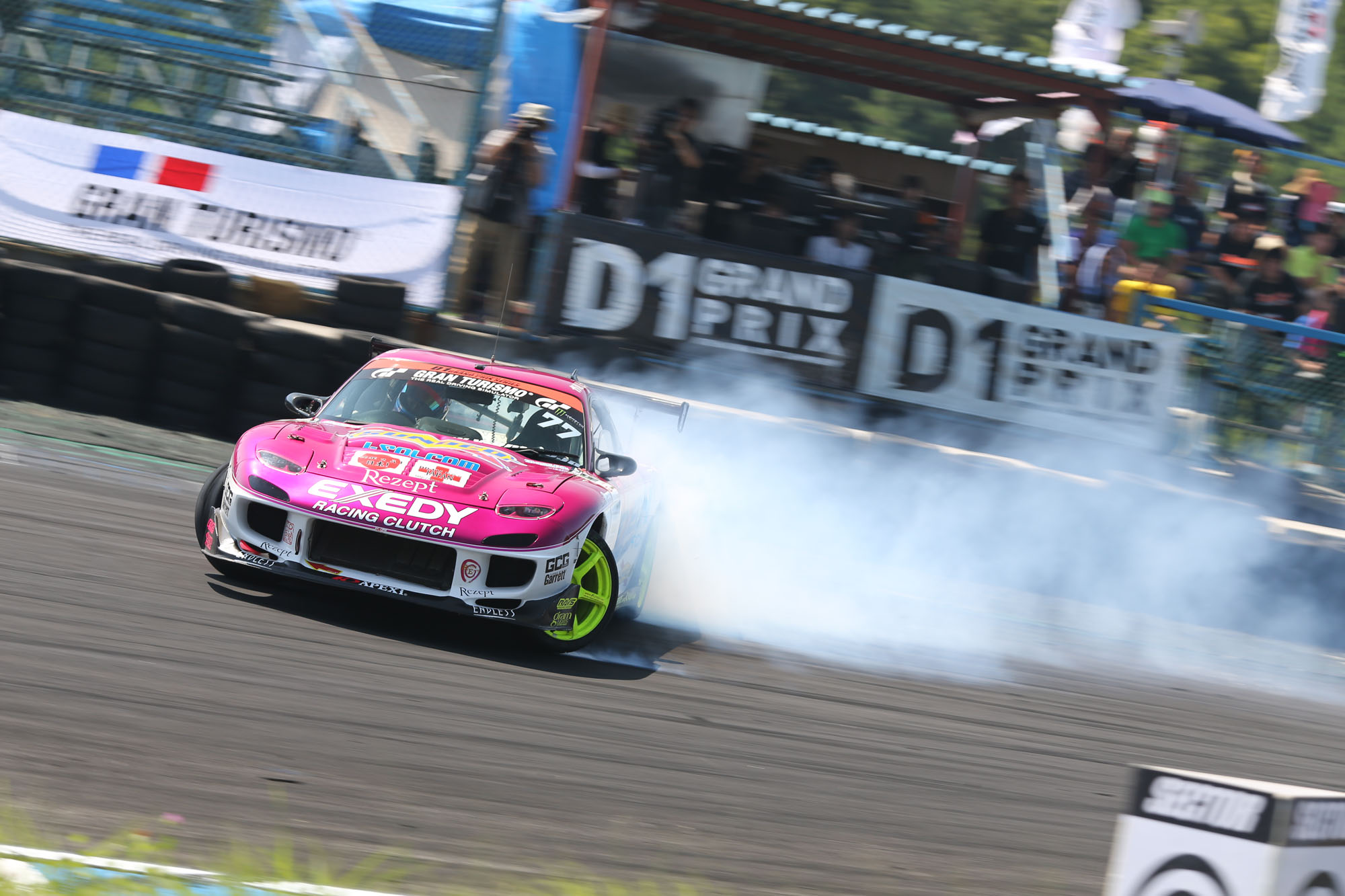 Round 4 of the D1GP was held over July 31st to August 1st at Ebisu Circuit in Fukushima Prefecture. Two Mazda’s competed in this round, the #7 “Team RE Amemiya GruppeM” of Masao Suenaga and Yukio Matsui’s #77 “EXEDY R Magic D1 Racing.”

Both competed from Friday’s qualifying sessions but #7 Suenaga was a little off the pace and unfortunately placed 25th and was eliminated. #77 Matsui on the other hand passed through qualifying in 1st place. He then set his sights on the “tanso” (solo run) finals and the “tsuiso” (chasing race) tournament. Suenaga later commented, “My car and driving just wasn’t suited to the situation today.”

#77 Matsui would go on to place 21st in the tanso finals, but when it came to the tsuiso qualifying, he took advantage of his speed and bested #5 Takayama, and then followed this up with a narrow win over #6 Utsumi. In the Best 8 he defeated #57 Hirota, who made an error, and moved up to the Best 4. However, going up against #60 Imamura in the semi-final, he overran when taking the lead run and was defeated. Matsui went on to say, “Up until that point I wasn’t really happy with how I had been driving and felt that I needed to pull the lead out, but I guess I pushed a little too hard.” In the battle for 3rd that followed he lost composure on the straight and was defeated by #81 Uta, to complete the tournament in 4th.

On August 2nd an exhibition match, the “Drift Jamboree Summer” was held and both #7 Suenaga and #77 Matsui took part. #77 Matsui was defeated by #3 Nomura in the Best 8. On the other hand, #7 Suenaga pulled out a stunningly close drift to move into the semi-finals but would be outdone by #34 Tezuka in the Best 4 to finish the day in 4th.