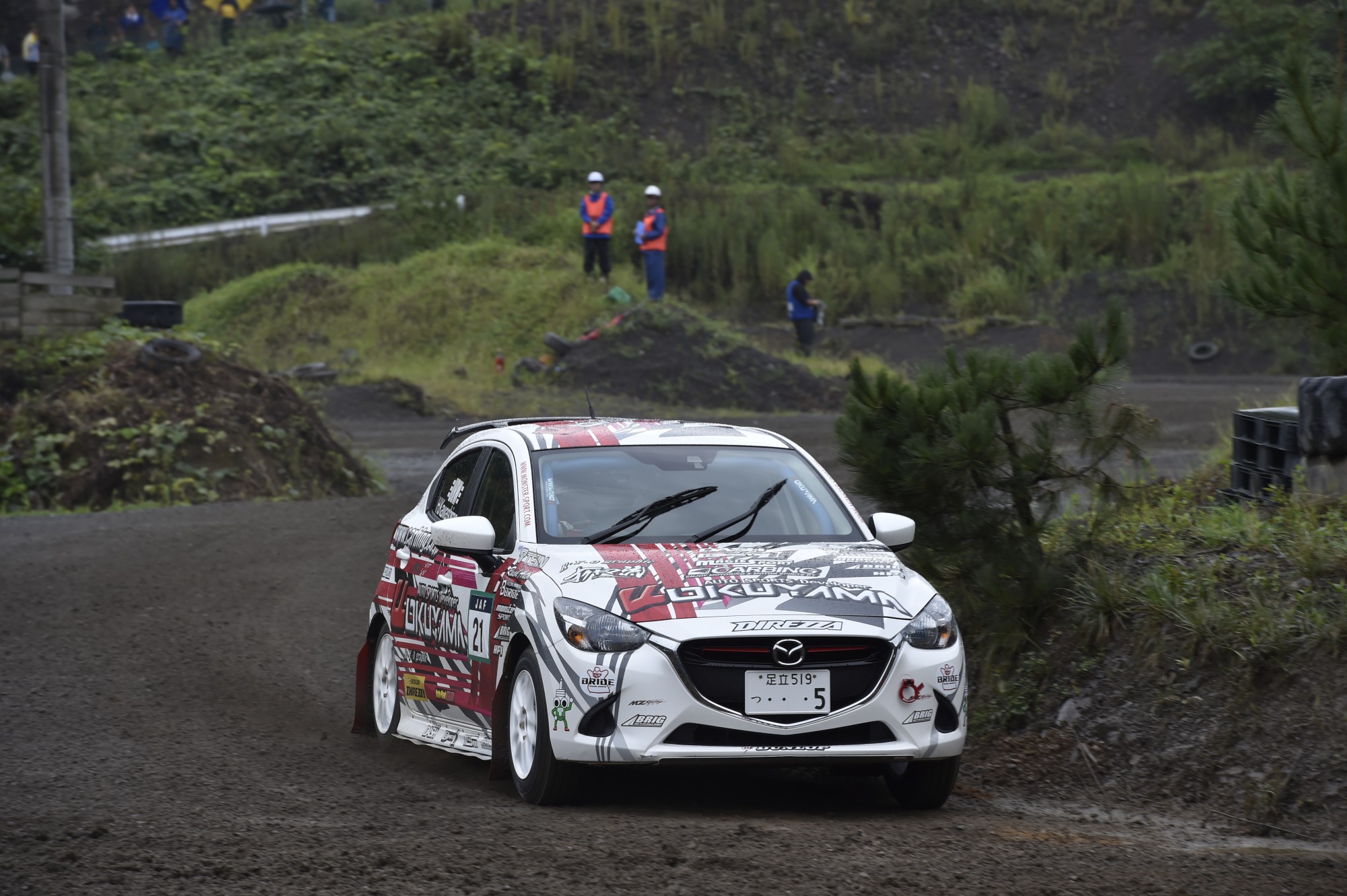 Round 7 of the All Japan Dirt Trial Championship was held over September 5th to 10th at Auto Park Imajo, Fukui Prefecture under unrelenting rain. Here the SKYACTIV-D engine mounted new model #21 Demio of Hideki Kawashima took 3rd step on the podium in the PN2 class to raise hopes that he will take this year’s overall championship title.

Also competing at Imajo were two DJ Demio SKYACTIV-D diesels in the PN2 class and three DE Demios in the PN1 class. With course conditions gradually getting worse due to rain that fell incessantly from the morning, #21 Kawashima marked a 1’37.926 in Try 1 to place 3rd, then followed this up with a 1’45.407 in Try 2. Despite being faster than the other two top machines in Try 2, the worsening road surface made it hard to better his times enough to raise his position and he finished the tournament in 3rd. In the PN2 class #17 Torii recorded a Try 2 time that was even faster than Kawashima but would ultimately finish in 4th. In the PN1 class, #2 Umaba placed 5th, #3 Ono 6th, and #9 Kasai 14th.

After driving the new model Demio, Kawashima gave his impressions: “Being a diesel turbo, the way to drive it differs significantly to the NA gasoline engines that I’ve driven up till now. The optimal performance is found at 2500-4500rpm with full torque at lower revs, so the best way to drive it is to shift-up quickly without pushing into the redline. In that respect it kind of resembles a WR car fitted with a restrictor.”

Looking back on Kawashima’s results, he had a cautious start in the beginning due having only just carried out a shakedown of the new machine. However, he then followed this up in July with a 3rd place in round 5 at Kiriyanai, and then, at round 6 at Nozawa in August, he achieved a momentous first Dirt Trial victory for the new model Demio. Now with this 3rd place at Imajo he is currently standing at class 3rd in the championship rankings.

All eyes will be on the lookout to see if he can achieve the first championship victory for both the new model Demio and a diesel engine at the final round at Monzen Motorsport Park on October 4th.