RE Amemiya’s Matsui Advances to First D1 Tsuiso Since Move 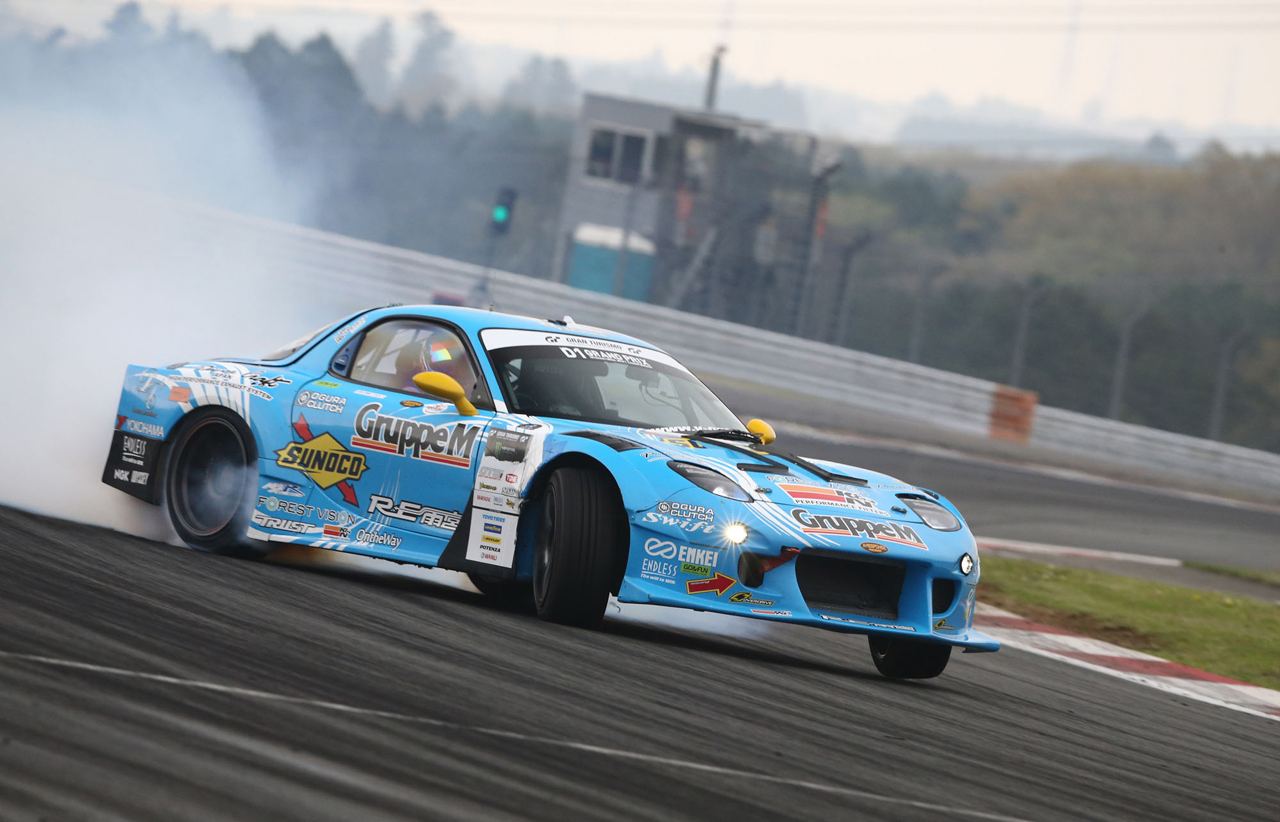 During the practice sessions, #51 Iwai’s Roadster experienced gearbox trouble where 4th gear would not engage. Being unable to repair the problem before the Tanso (single run) qualifying began, he was forced to compete as is. Unable to get up to speed he ultimately finished in 25th in the Tanso qualifying and was eliminated. #77 Miki’s RX-7 lost points for going off course in the first run and then was unable to engage a proper drift at 300R, which saw him also eliminated in 28th place. Iwai went on to say, “I knew I wouldn’t be able to get the car up to speed but I used up the tires like usual.” Miki commented, “I was having trouble with understeer when entering the drifts and I finished the sessions unable to sort it out.”

On the other hand, having only just transferred to RE Amemiya Racing this season, #7 Matsui’s RX-7 pulled out some serious speed at 300R to pass through the Tanso qualifying in 11th. He followed this up with a smooth run in the Tanso finals to finish 13th and advance into the Tsuiso (chase run) finals. In the Tsuiso tournament he went up against the #97 Silvia of Teramachi in the Best 16. When he was chasing, Matsui lost his rhythm somewhat after falling a little behind on the straight and ultimately lost the initiative. Then, when he took the lead, he was unable to shake off Teramachi, who didn’t miss a beat and ultimately Matsui was eliminated. In the end he finished in 13th place. Following this up, Matsui said, “I made clutch mistakes at the start of the session.”

Unfortunately, the Mazda RE machines weren’t able to pull out their best performances. However, the season is in its early stages and they are sure to excite in future rounds. Stay tuned.