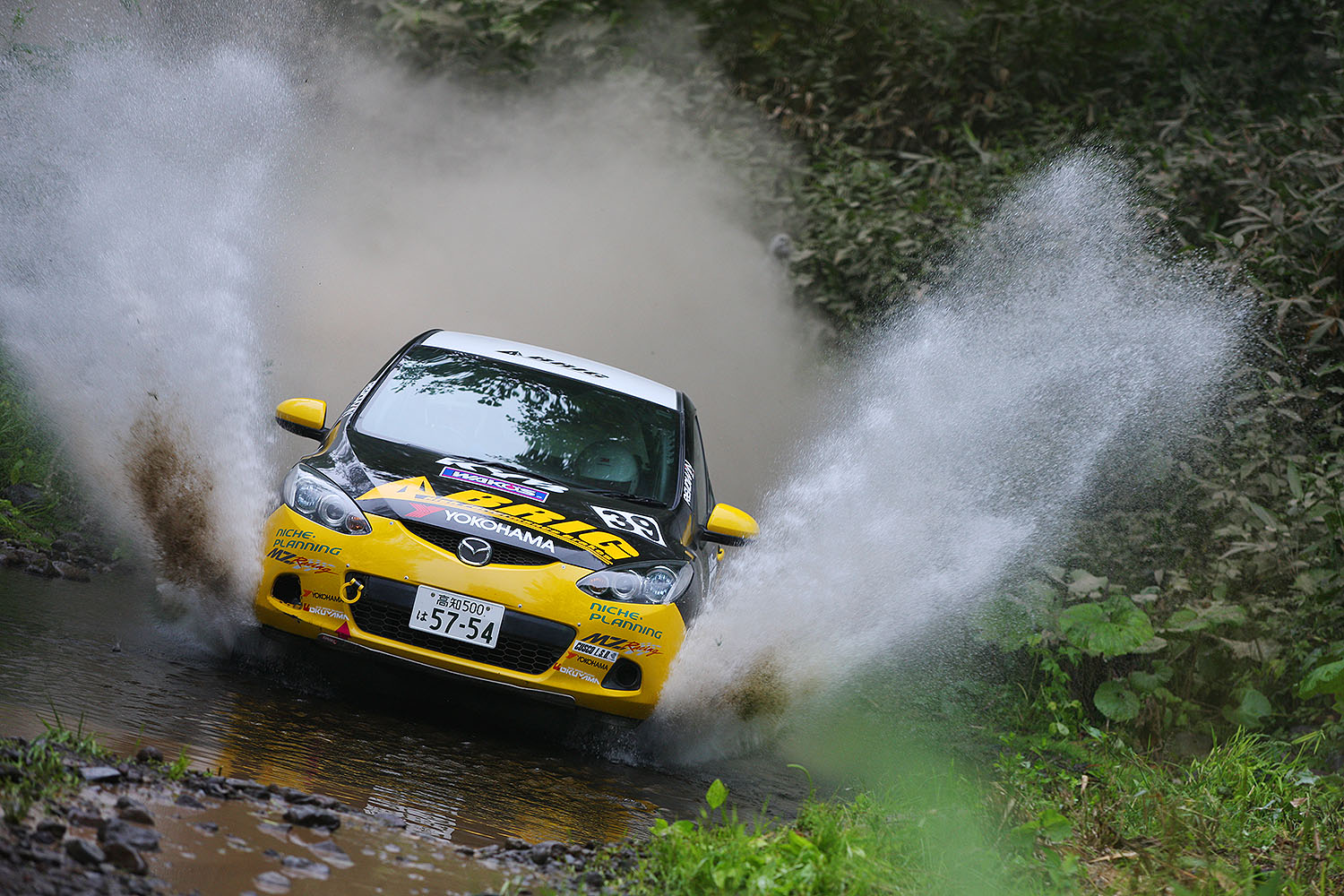 The 4th round of the All Japan Rally Championship, the ARK Rally Toya, was held in Toyako, Hokkaido over July 4th (Fri) to 6th (Sun) where the Mazda Demio of Keisuke Uda / Hirotaka Ishikawa took class victory in JN1 and the Koichi Okada / Ayumi Urushido Demio came home 3rd in the JN3.

The rally consisted of 16 Special Stages (SS) which were carried out over a total of 71.62km beginning with SS1 held on the evening of the 4th at the Sabo damn special course. This was followed by day 1’s high-speed stages on the 5th and day 2’s technical gravel stages on the 6th. The weather conditions were mild, mostly overcast with the sun occasionally penetrating the clouds. In each stage there were many occasions in which the dust kicked up by the preceding vehicle obstructed the view of the competitor following. At the opening SS1, last round’s winner, the Demio of Uda / Ishikawa and the Storia X4 of Nakanishi / Mino were head to head after setting the same best time. However, beginning from SS2, Uda, who is said to have spent his university days meandering the streets of Toyako, came into his own and conquered Rally Toya for the first time.

Uda went on to say, “We had been forced to retire 4 years in a row at Toya so we went into this rally with the primary goal of just reaching the finish. All the training I did to maintain my composure and concentration really paid off. At this rally, with its numerous high-speed, long stages, the handling and stability of the Demio becomes a formidable weapon. I managed to not only get through SS1, where I had been forced to retire last year, without making any mistakes, but I also managed to tick off the fastest time. After that, realizing that Day 2 has a great deal of uphill climbing, I decided to go all out in Day 1. I put a little bit of pressure on myself when I said, “I’m definitely going to win,” at the 2nd round at Kumakogen, so I’m really glad I could live up to my word.”

After taking class 3rd in the JN3, Okada said, “After the opening round, we were forced to retire in the 2nd and 3rd rounds due to technical issues, so I’m really glad we could finally finish in 3rd. I’m not completely satisfied with 3rd but after dropping out due to gravel in the 2nd round, completing the race was really important. At this rally we’ve also discovered some other issues we need to work on. I want to take advantage of the lessons we’ve learned at the next gravel stages at Rally Hokkaido. Next is round 5, Monterey in Gunma, which is a tarmac rally. I’ll do my best.”