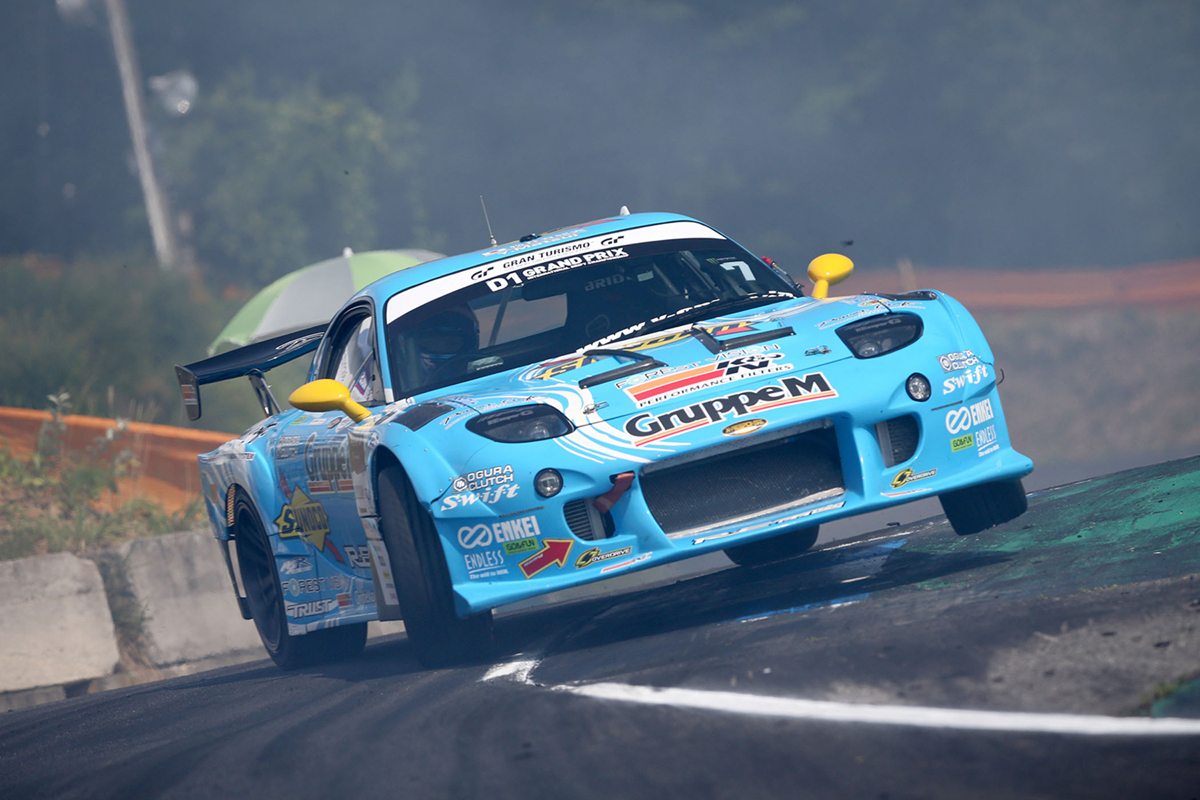 All three competed from qualification, but #77 Miki’s lines were unstable and angles too shallow too pass through. On the other hand, #51 Iwai and #7 Matsui made it through the “tanso” (single run) qualifying / final to pass through to the “tsuiso” (chase run) tournament.

#51 Iwai made few mistakes but was unfortunately outdone by #86 Tadokoro. However, #7 Matsui steadily built up momentum and pulled out some high speed, flexible driving to defeat tough opponents, one after another, and advance into the final. Here he went up against ranking leader, #87 Saito and unfortunately was preoccupied with his opponent’s speed and made an error entering a slide that saw him finish the tournament in 2nd.

#77 Miki failed to find his rhythm in round 6 and once again fell out in the qualifying rounds. Miki commented, “I thought I was pulling out some decent runs, but there are still a lot of areas I need to work on.”

#7 Matsui dove into the round 6 tanso finals and with exceptional high speed, deep angled drifts, took his first tanso victory since he began competing with the RX-7. He went on to say, “I was able to overcome a less than perfect performance in qualifying, get the settings right with the team and managed to pull out a run like this.”

In the tsuiso tournament, both #7 Matsui and #51 Iwai both fell out of the Best 16 but in the tanso #51 Iwai’s Roadster was clearly displaying steady performances capable of grabbing high scores. He related, “I wasn’t able to make it far in the tsuiso but I’ll just have to keep practicing and pushing forward.”