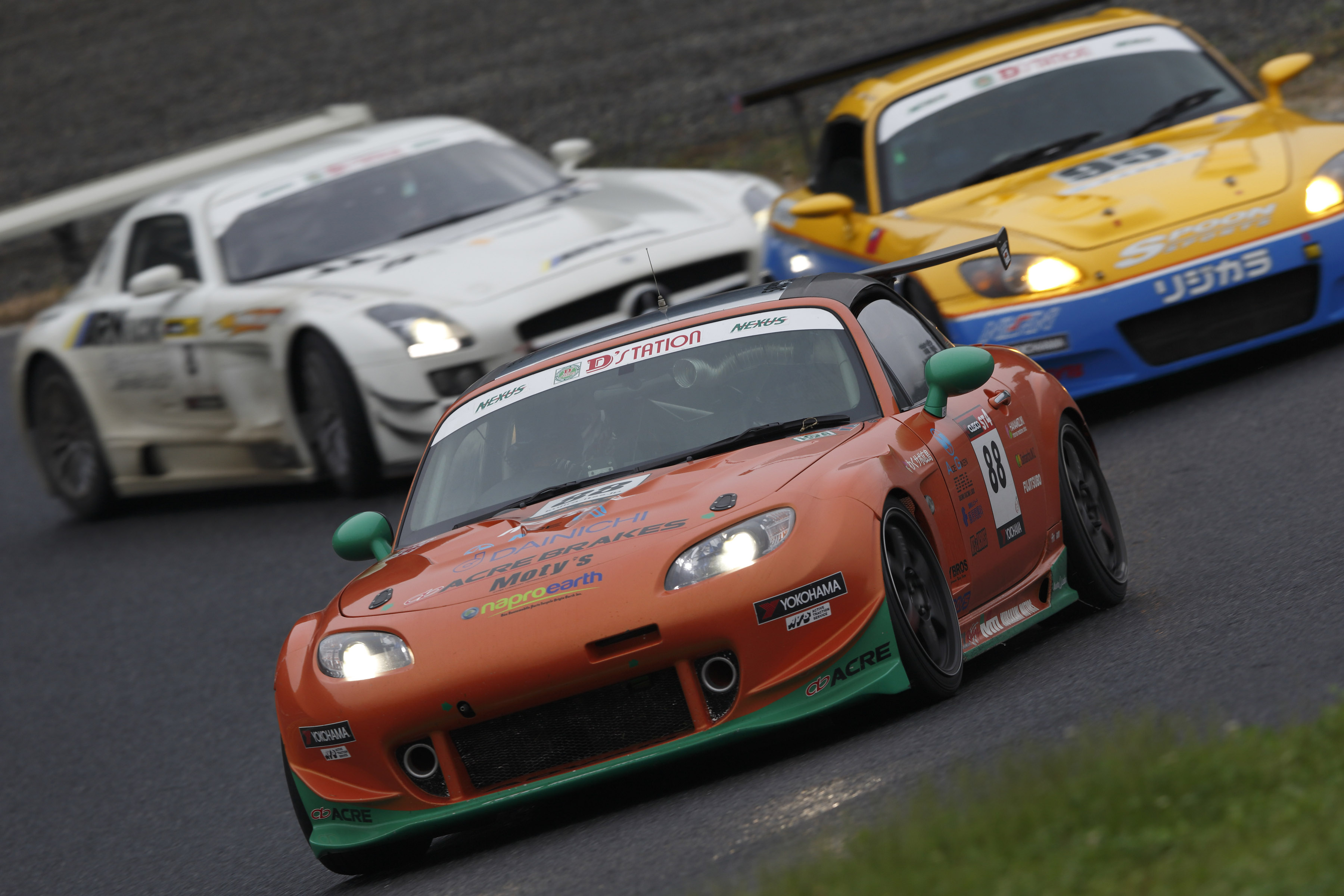 Round 5 of the Super Taikyu Championship was held over September 5th (Sat) to 6th (Sun) at the Okayama International Circuit. Here the #88 Murakami Motors Roadster (Hiroyuki Murakami / Takeshi Wakiya / Taro Kajitani) finished 9th in the ST-4 class to secure their first points of the season.

The #88 Murakami Motors makes Okayama International Circuit its home course and was aiming for a top order finish. To achieve this they went into this race having carried out meticulous testing. In spite of this they experienced electrical trouble just prior to qualification and the mechanics had to rapidly carry out repairs in order to get it out on the course to qualify 12th in the ST-4. Within the same class the #54 Corse Racing Roadster (Teruaki Kato / Tsubasa Kondo) would begin the race from 17th.

With the rain lightening up for the start of race day, Murakami would take the wheel as starting driver in the #88 Murakami Motors. While a fierce battle was unfolding between him and a Toyota 86, he handed that car over to Wakiya. With the road surface conditions changing underneath him, Wakiya carried out a solid drive and then once again changed back over to Murakami. After that there was some contact with another machine and they briefly dropped back down through the order, but after a fervent drive Murakami managed to pass the checkered flag in 9th to secure their first points of the season.。

On the other hand, the #54 TCR Roadster read the changing road conditions early and decided to start the race with slick tires. However, their strategy would backfire, and keeping the car on track proved more difficult that expected. Kondo managed to complete his stint and hand the car over to Kato, and ultimately they completed the race in 11th. This is the first time the team has failed to earn any points since the opening round.

The #17 TEAM NOPRO Demio SKY-D (Toshihiko Nogami /Tatsuya Tanigawa /Tatsuya Nogami) competed in the ST-5 class, where Tanigawa experienced drive-train issues in qualifying. They replaced the transmission on the same day and confirmed the car’s condition in the following day’s warm up. Immediately after race start Tanigawa was running in class 2nd and displaying some serious pace, but in the end transmission trouble arose once again and they were forced to retire after 16 laps. This was the first rain covered race for the #17 NOPRO Demio SKY-D, which is in its first year of competition and has been demonstrating solid speed.

The final round, round 6 in Suzuka Circuit, will be held on August 24th (Sat) to 25th (Sun). We’re hoping for some great performances from the Roadster and Demio in the next race.