Over 4000 Rotary Fans Gather for SevenStock 17 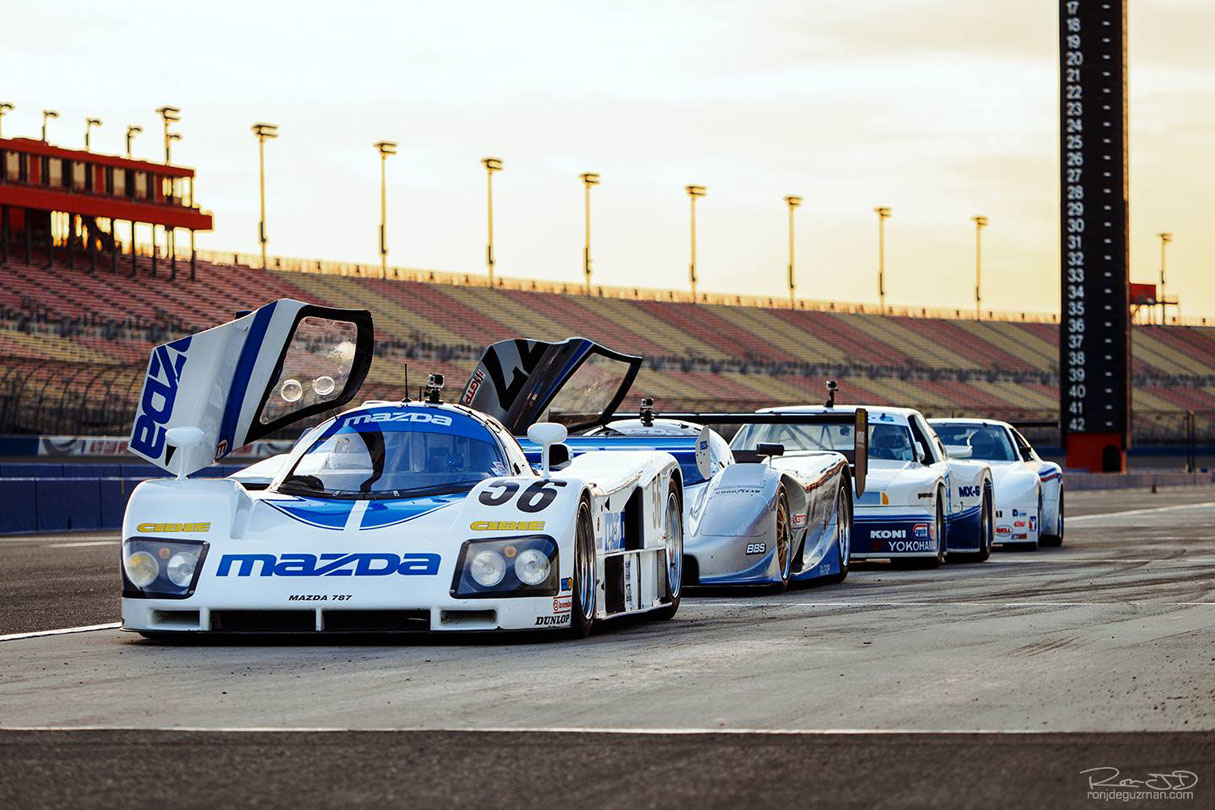 On November 22nd, America’s largest rotary fan event, “SevenStock 17” was held at Auto Club Speedway, in Fontana, California and around 4000 rotary enthusiasts turned out to enjoy the day.

This year marks the 17th annual SevenStock, an event that was begun by devotees of rotary engine vehicles and consists of car shows and track events put on by enthusiasts in cooperation with Mazda USA. This year, as with every year, various generations of rotary vehicles gathered from all over the United States. Starting from R100 rotary coupes, approximately 400 machines, including RX-2s (Capella), RX-3s (Savannah), RX-4s (Luce), RX-5s (Cosmo), rotary pickups, SA22C RX-7s, as well as FC3S and FD3S RX-7s, turned out for the event. Approximately 4000 people were in attendance on the day. For the driving events held on Auto Club Speedway’s Oval Track and Infield Course, Mazda USA contributed their 4-rotor beasts, the Mazda RX792P, Mazda 787, and Mazda RX-7 GTO. Alongside these, they also brought out the IMSA GTU spec Mazda MX-6 (13B engine) and Mazda6 SKYACTIV-D NASA 25-Hour Challenge Racers to perform demo runs.

This show, which began as a “little RX barbecue” put on by the Southern California RX-Club, has continued to grow every year but is still regarded as an event “brought to rotary enthusiasts by rotary enthusiasts.” A large number of rotary vendors are an important element in putting on the event, donating items and products for the famous SevenStock raffle that is held on the stage and always creates a great deal of excitement. Moreover, Japan’s RE Amemiya also sets up a stall at the show every year.