Okada Demio to Return to the 2018 All Japan Rally 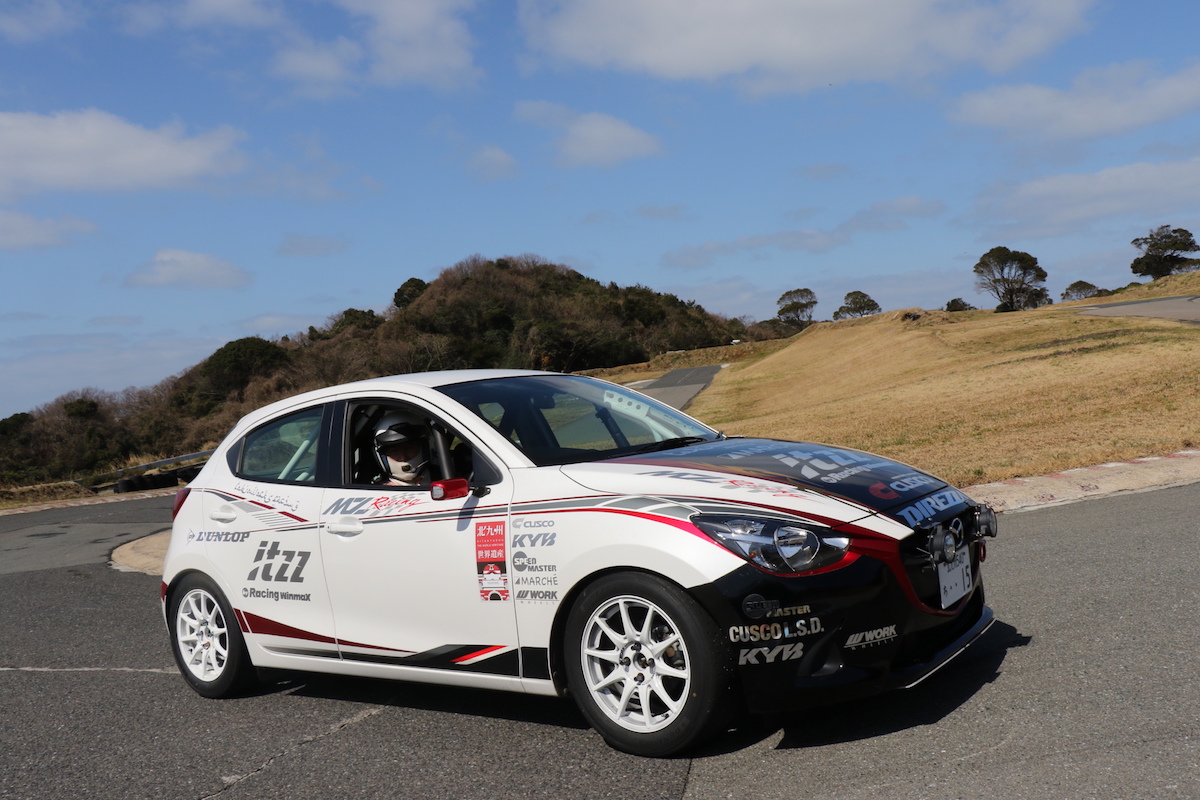 Kitakyushu resident, Koichi Okada, who took the JN-3 class title in the 2015 All Japan Rally Championship driving a DE Demio (Mazda 2), will be returning to the series this year. He will again be competing in the JN-3 class and will be taking the wheel of a Demio 15MB.

Although Okada is regarded as one of the strongest Demio drivers, he crashed in round 5 of the 2016 All Japan Rally Championship, the Toyako Rally. While attacking the SS at near 100km/h, he went off course and hit the standing trees, resulting in a fractured pelvis. Despite being hospitalized for 4 months, while he was undergoing medical treatment and rehabilitation he continued to aim for a return to rally. Unfortunately, his beloved DE Demio was completely written off due to the crash and so he procured a DJ Demio 15MB. He then spent the remainder of last year building up a rally spec race car. By the end of the year he was able to function without crutches and resumed started physical training at the gym in preparation for his return to rallying. Finally, he has recovered enough to drive his rally car and has resolved to return to the All Japan Rally Championship.

Okada stated, “Finally I can get back to rallying. Although I was absent for a long time I’m right on the cusp of once again feeling the joy of driving in a rally car. His return to rallying will occur in round 2 of this season’s All japan Rally Championship, the Karatsu Rally. Until then he wants to lose even more weight and fully establish a competitive regime. To begin with I want to enjoy rallying in the Demio 15MB without overdoing it. Of course, being a rally driver, if an opportunity presented itself I would definitely push things to the max to take victory.”

The Demio 15MB is based on the DJ Demio and is equipped with a 6-speed cross ration manual transmission and mounted with a SKYACTIV-G 1.5-liter engine made to run on unleaded premium gasoline. It usese it’s lightweight body and nimble handling to challenge its rivals. The JN-3 class, which is for FF cars of displacement up to 1.5 liters, sees strong teams that compete with cars such as the Toyota Vitz and DE Demios. This year’s All Japan Rally Championship consists of ten rounds and was kicked off at the Rally of Tsumagoi (Gunma, snow) held in February. The second round, the Tour de Kyushu in Karatsu (Saga prefecture) is a tarmac rally, while the next rounds, the Rarry Tango (Kyoto), the Kumigaura Rally (Ehime Prefecture), the Monterey Rally (Gunma / Nagano Prefectures), The Rally Kamui (Hokkaido Prefecture), the Iwaki Rally (Fukushima Prefecture), and the Rally Hokkaido (Hokkaido / Tokachi Obihiro) will be gravel (unpaved) events. The season will then come to an end with the final two tarmac rounds, the Highland Masters (Gifu Prefecture) and the Shinshiro Rally (Aichi).