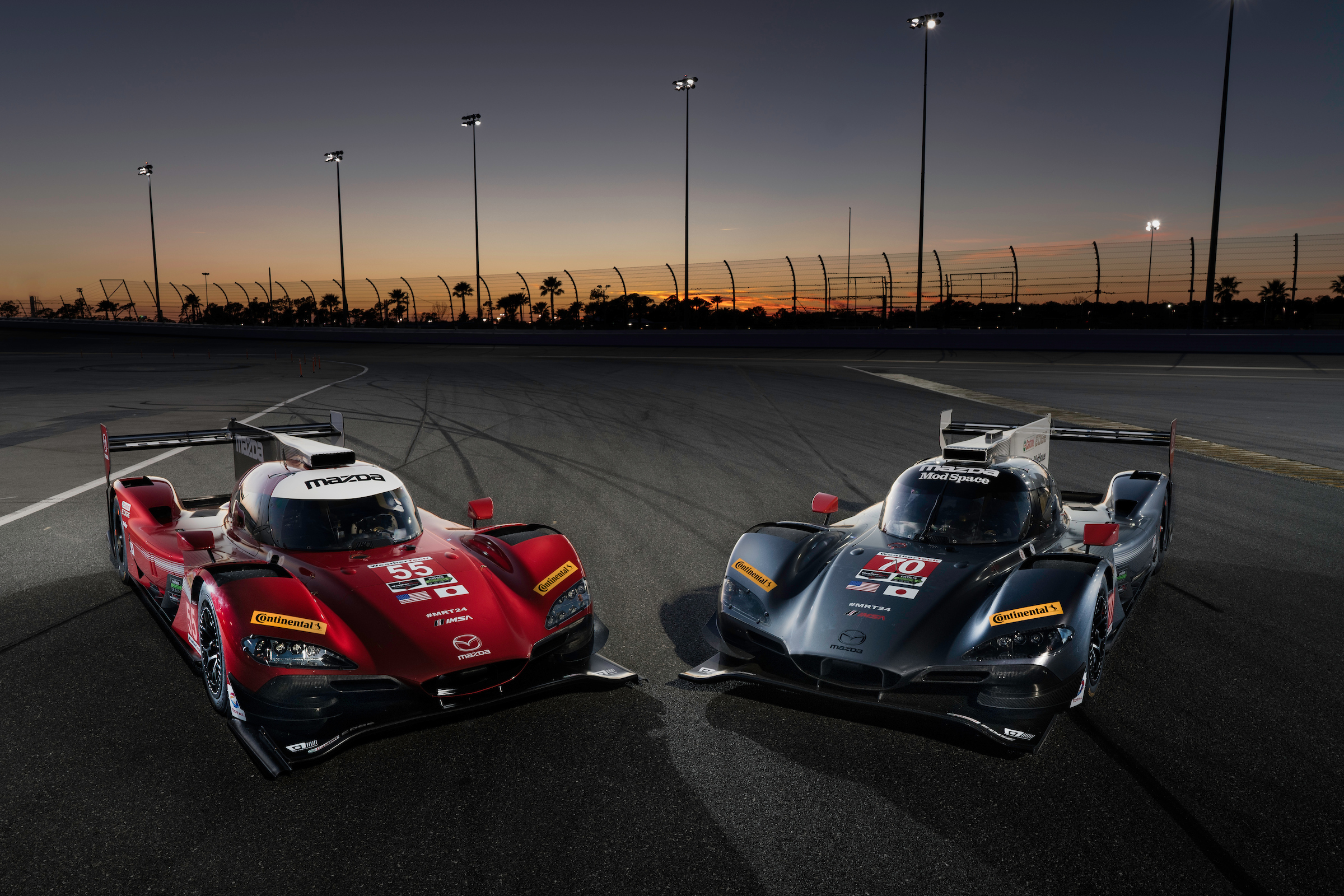 During the “Roar Before the ROLEX 24” official test sessions for the 24 Hours of Daytona, the Mazda Prototype Team came out to Florida’s Daytona Speedway and revealed the new coloring of the two “Mazda RT24-Ps” that will compete in this year’s IMSA WeatherTech SportsCar Championship. The #55 will inherent Mazda’s soul red color from the previous model while the #70 will be painted in one of Mazda’s latest feature colors, machine grey. The bright color schemes complement Mazda’s unique ‘KODO – Soul of Motion’ design. The new race car’s appearance and aerodynamic performance has been built in accordance with the new Daytona Prototype International (Dpi) technical regulations.

This season #55 will be driven by Tristan Nunez and Jonathan Bomarito, while the #70 will see Tom Long and Joel Miller taking the wheel. For the opening round 24 Hours of Daytona (January 29th to 30th) IndyCar star Spencer Pigot will join the #55 drivers and fellow Indy top gun, James Hinchcliffe the #70’s.