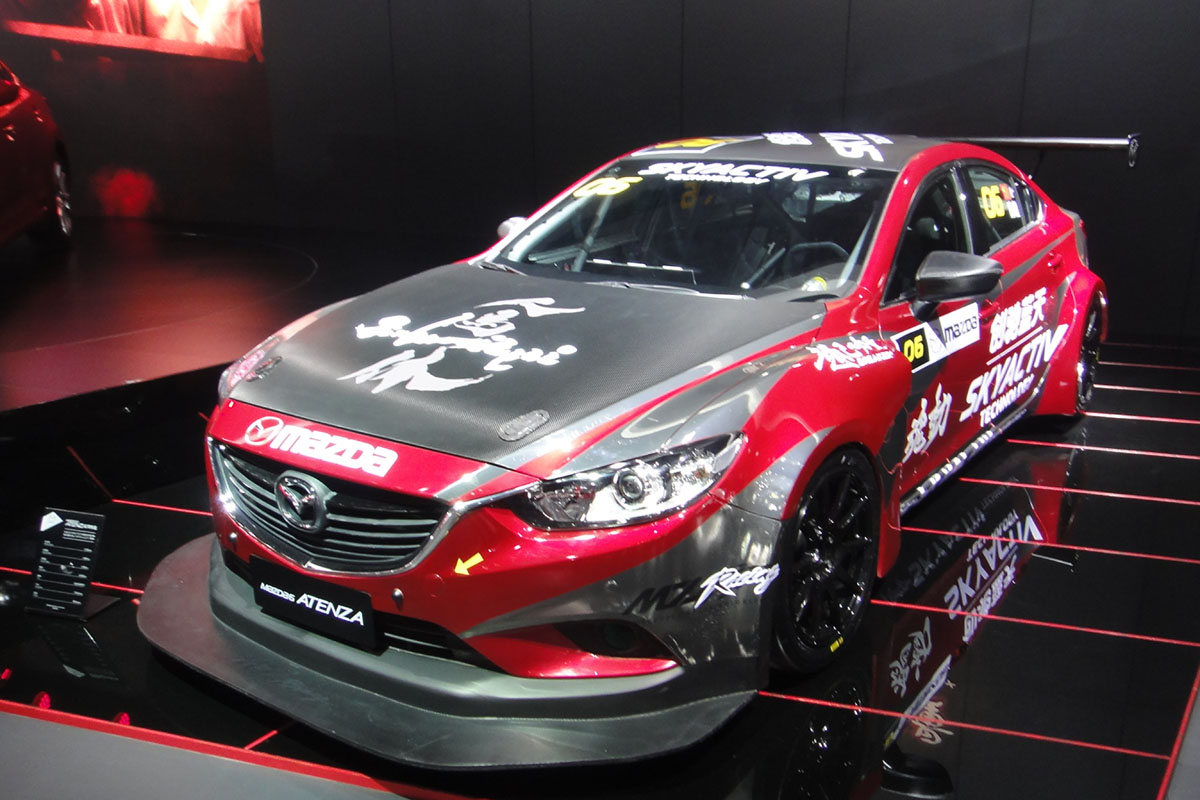 At the press day for the “2014 Guangzhou International Motor Show,” held in Guangzhou, China, Mazda China announced that it would be supporting the participation of the Beijing Luisu racing team in the 2015 CTCC (China Touring Car Championship) with the “Mazda 3 Axela” and “Mazda 6 Atenza.” The Beijing Luisu racing team is planning to enter one “Mazda 6 Atenza” into the super mass production class and two “Mazda 3 Axelas” into the mass production class.

Mazda is currently carrying out a campaign to strengthen its primary brand in China. The campaign slogan of “BREAKER tenacity” is also the theme of this year’s Guangzhou Motor Show. Mazda is currently promoting its place as a company with an “insatiable challenging” spirit that seeks to support people who are making breakthroughs in their life. For this reason they are also supporting the Beijing Luisu racing team’s CTCC challenge.

CEO of Mazda China, Nobuhiko Watanabe, stated at the Guangzhou Motor Show, “For decades, Mazda has taken on a large number of difficult challenges and has continually overcome them. It succeeded as the world’s only mass producer of rotary engines, and is the only Asian manufacturer to take overall victory at the world’s harshest endurance race, the 24 Hours of Le Mans. Our SKYACTIV technology and “Soul of Motion” design are products of our “breakthrough” spirit that continuously challenges difficult endeavors. Next year we are going to put our full support behind the Beijing Luisu racing team’s CTCC challenge.”