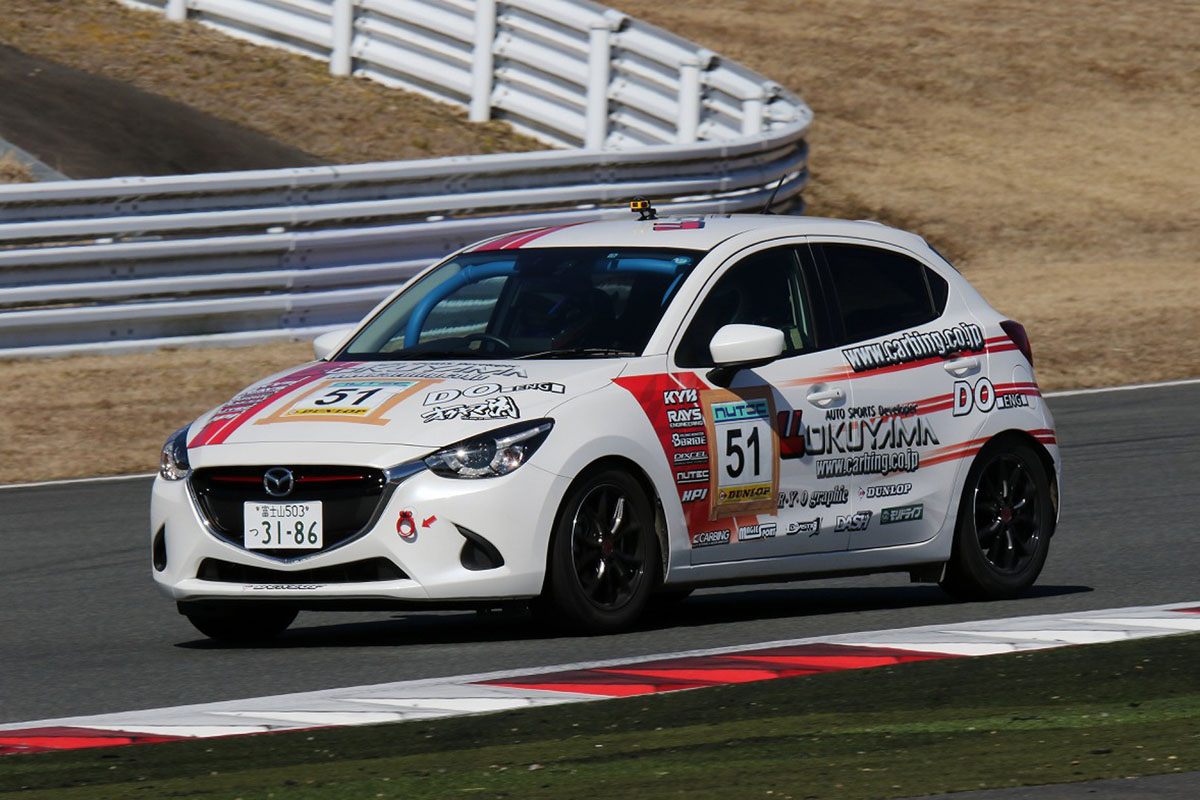 The much talked about new model Demio (DJ spec) will be running on track right from the beginning of this year’s motorsports season. Launched last October as part of the Demio line, registered FF layout (DJ5FS), SKYACTIV-D 1.5 liter turbo engine mounted vehicles are now able to compete in the Fuji Champion Race. We’re really looking forward to seeing what kind of performance these machines, loaded with Mazda’s latest state of the art technology, are capable of. The Demio Race, in which these DJ spec Demios will compete in, will continue to feature third generation Demio 1.5 liter (DE spec) vehicles. This means that spectators will be able to enjoy the spectacle of new model and third generation Demios going head-to-head. The most unique feature of the Fuji Championship Race is that drivers are able to compete with their own everyday registered road car. There are two classes: the Challenge class, which puts strict limits on modification, and the Open Class, which allows modifications to aspects such as aerodynamics, suspension, LSD, and Mufflers, as long as the meet the prescribed safety standards. The DJ Demios are only permitted to change their suspension, brakes and tires.

Until last year, there was a one-make requirement for the Roadster Cup, a race where NC Roadsters compete within the Fuji Championship Race. However, in 2015 racers will be able to select from three manufacturers; Dunlop DIREZZA (ZII ☆, ZI ☆), Bridgestone POTENZA (RE-71R, RE11A), and Yokohama NEOVA (AD08R, AD08). By expanding the range of tire selection the Roadster Cup NC Race, which is held alongside the Challenge Class and the Open Class, has facilitated ease of entry for Roadster Party Race drivers.

Fuji Champion Race Series Calendar
Round 1 April 18 (Sat), 19 (Sun)
Round 2 May 16 (Sat) to 17 (Sun)
Round 3 June 20 (Sat) to 21 (Sun)
Round 4 August 29 (Sat) 30 (Sun)
Round 5 October 31 (Sat) to November 1 (Sun)
Round 6 December 5th (Sat)
This photo is of the new model Demio SKYACTIV-D competing at the Eco Car Cup 3-hour endurance race held at Fuji Speedway. This race is held twice a year and anyone who holds an ordinary license is capable of participating. The next race is scheduled to be held in June.
Click here for details http://www.japan-racing.jp/fsw/15/hv.html(Japanese)