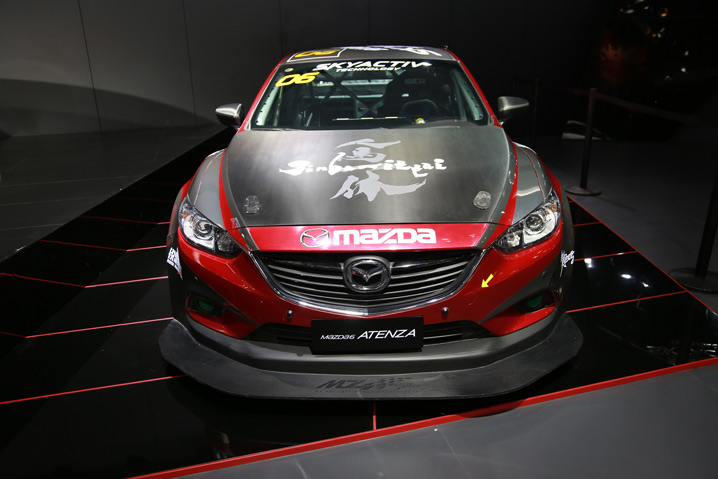 The opening round will occur on April 26th at the Guangdong International Circuit (Guangdong Province), while the final round is scheduled to take place on the Yancheng Street Circuit (Jiangsu) on October 25th. Other than round 5, which will be held at South Korea’s Inje Spedium Circuit, all races are to be held domestically in China.

As Mazda China announced last year at the Guangzhou Motor Show, Beijing Ruisi Racing will be competing in the series with super production spec Mazda 6 Atenzas. Team veteran driver, Chen Zhao will take the wheel for this machine. In addition, they will also be entering a Mazda 3 Axela into the production class. The MZRacing logo is set to be placed on these two Mazda racecars which will compete in the CTCC, said to be the most popular series in China, as well as onto the overalls of the two drivers.

The China Touring Car Championship (CTCC) is a series in which only vehicles based on production cars manufactured in China can participate. Drivers are limited to Chinese citizens, including those born in Hong Kong and Macau.