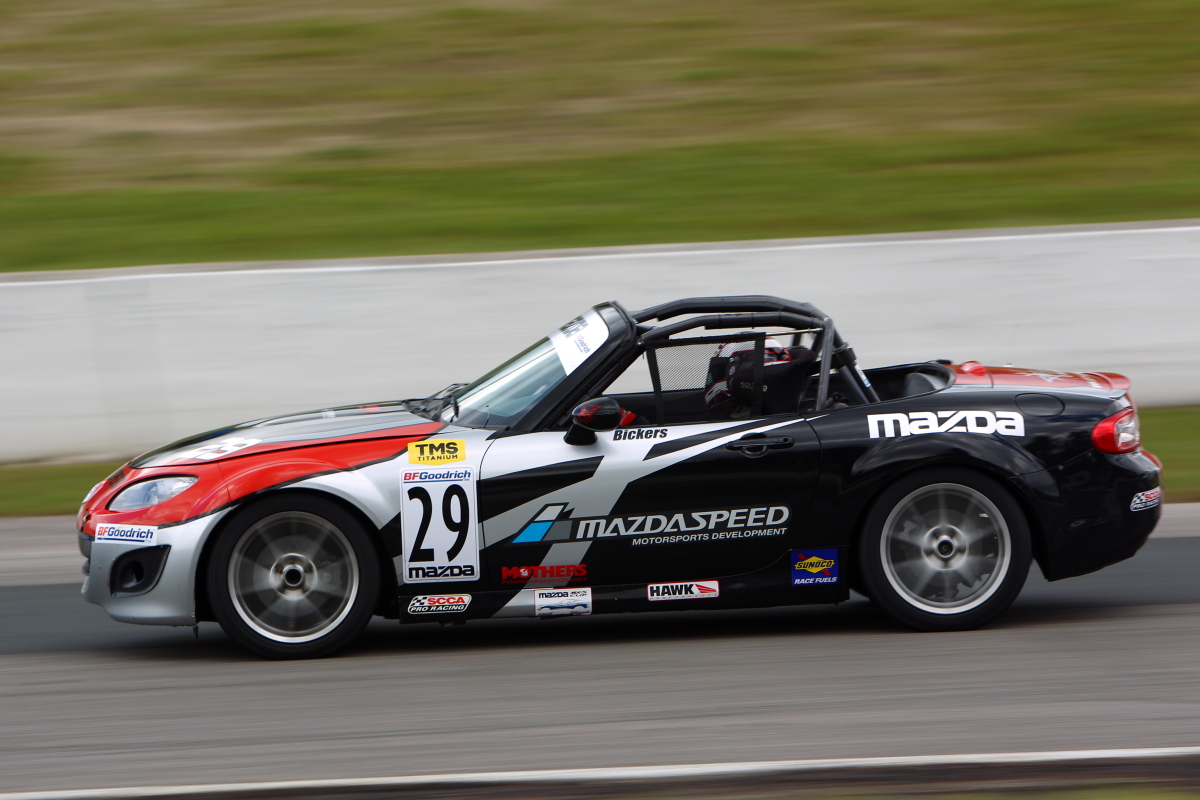 This year the refitted SCCA Pro Racing “Battery Tender Mazda MX-5 Cup” will be carried out through the auspices of BF Goodrich tires and consist of a total of 6 rounds to be held as support races for the TUDOR United Sports Car Championship (TUSC), the IndyCar Series and the NASCAR Series. Each event will be held as a double header (i.e. 2 rounds each). This series will become the base format for the Global MX-5 Cup, which is set to begin from 2016. All competing vehicles will use the race tuned 2.0-liter Mazda MZR engine, modified from mass produced power plants, to ensure a level playing field. Due to this, the machines competing in this one-make race have almost no difference in power or torque.

Drake Kemper who conquered the Skip Barber MAZDASPEED Pro Challenge in 2014 and will step up to the MX-5 Cup from this year, is the 2015 Mazda SportsCar Racing Academy Scholarship winner. Since 2007 Mazda North American Operations has paved the way for 43 racers through its so-called “Mazda Ladder System”, which consists of the SportsCar Racing Academy and the Mazda Road to Indy.

Kenton Koch (CA) won 6 of 12 rounds and secured pole in as many as 9 races in the 2014 Mazda MX-5 Cup. With more than sufficient results to justify a step up into higher tiers of racing, he has struggled to achieve success in middle formula, which he is currently competing in. Taking spare time out of testing for other machines, he is also progressing with his preparations for the 2015 Battery Tender Mazda MX-5 Cup.

Chad McCumbee, along with 2012 Mazda MX-5 Cup champion, Stevan McAleer, have established the new team, McCumbee McAleer Racing (MMR). McCumbee is a former stock car racer who has recently been competing in various series behind the wheel of Mazda machines. These two driver powerhouses have joined up with the aim of creating a seriously competitive team.

The opening round of the Battery Tender Mazda MX-5 Cup, which is set to be an extremely high-level series with its impressive line up of drivers, will be held as a support race for the 63rd Annual Mobil 1 Twelve Hours of Sebring at Sebring International Raceway in Florida.