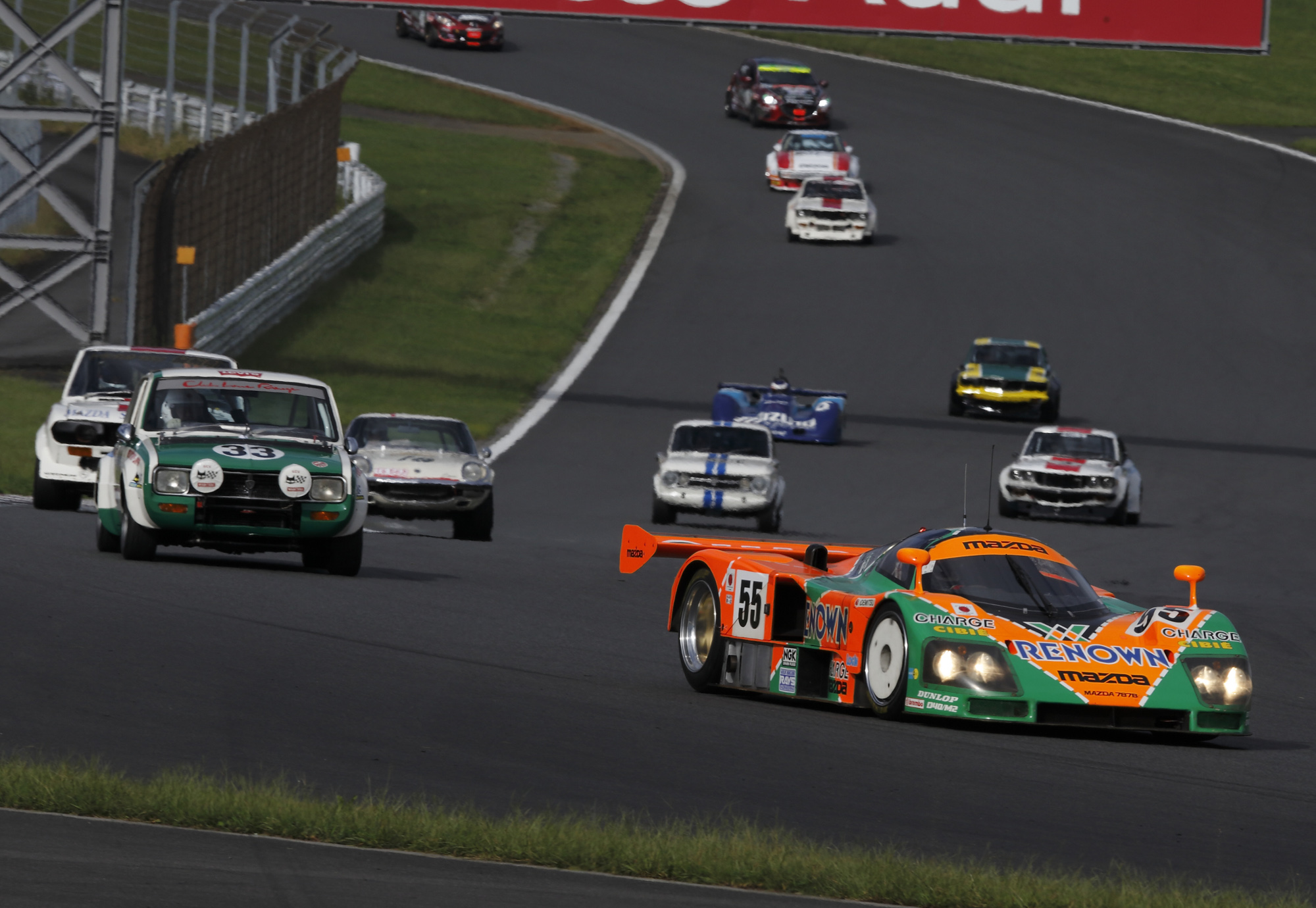 Despite stormy weather on the previous day, on September 25th (Sun) Fuji Speedway was met with almost unbelievably fine weather for the “Be a driver. Experience at FUJI SPEEDWAY.” On this day over 6,000 spectators came out to take part. Within these were not only Mazda fans, but people who had never come to a race circuit and new Mazda owners, making it an eclectic mix of people.

This event was the brainchild of racing driver, Yojiro Terada through the special support of Mazda, was organized by the executive committee and saw numerous corporate partners gather together. Those that turned out did not only come out to see Mazda machines running on the track, they came to experience the full contents of exhibits and so on that occupied the entire pit building. The fashion of this circuit event was like none other before, with the stage seeing a concert by violinist, Iwao Furusawa, talk shows with the Mazda development teams and senior management. Etc, while in the VIP lounge patrons received special hospitality as classic jazz played in the background. In order to make this event enjoyable even for women, who might not be as interested in motorsports as their partners, a herb salon was established and lunch was provided by a selection of popular restaurants set up in the paddock.

At A-paddock, to the rear of the pit building, as many as 630 Mazda cars from each generation were aligned in the parking area making it a most rare sight to see. All of these vehicles followed behind the lead car and entered onto the racing track to perform a parade lap and were able to get a taste of the thrill of driving on an international race course. They all gathered at the front gate from early in the morning, without a straggler to be seen, lined up side-by-side in an orderly manner and greatly cooperated in order to ensure the event unfolded without a hitch.

Participatory Mazda one-make races such as the Roadster Party Race III and the Fuji Champion Race were held under the rare gaze of a large crowd of fans and engaged in exciting battles. It’s undeniable that the drivers who participated in these races were over the moon with the opportunity. Along with them the event was decorated with current Super Taikyu (S-Tai) machines, Global MX-5 Cup Cars, and so on. In the pits, S-Tai machines and mechanics performed pit work performances and demonstrations that were met with large rounds of applause from all those who gathered to witness.

No matter how you look at it, the highlight of the race course events was the demo run of the #55 Mazda 787B. This time around the same type #18 Mazda 787B landed on this course for the first time in 25 years and aligned up alongside it on the grid. This #18 was not fully ready to run and so was required to be pushed out onto the grid by staff but before you knew it the engine was fired up. Despite having been in storage, it was in amazing condition and ran as if it was brand new. Following behind these two were numerous legend machines. A rear mounted 20B engine GC, Familia Rotary Coupes, 84 Hours of Marathon de la Route spec Cosmo Sport, the Capella Rotary Coupe that was active at Fuji in the early 1970s that Terada drove, and a replica Savanna RX-3 all lined up on the track. Along with them, the Katayama Racing Color RX-3 that was driven by the late Yoshimi Katayama, who died suddenly in the Spring, was out on the circuit with his son Katsumi Katayama at the wheel. Making its first appearance this time was a replica of the 1966 Familia 1000 Coupe that came home 2nd in the 1966 Macau GP. While weaving in between all these legend cars as they roared throughout the circuit, the Terada driven #55 787B drove down the 1.5km straight at full bore as the screaming rotary sound reverberated throughout Fuji. It wasn’t only old fans saying, “It takes me back to the thrill of 25 years ago,” new generations that had only seen it in videos were also elated saying, “It was amazing to hear the raw 4-rotor sound for the first time. I’m so excited I doubt I’ll be able to sleep tonight.”

It turned out to be an amazingly enjoyable day where not only 6,000 spectators, but 300 participatory race drivers, 300 pit crew, 200 management staff, 200 Fuji Speedway officials, 80 members of the media and 150 Mazda employees who were driven in from Hiroshima in 3 large buses all mingled together. Hope to see you all again soon!