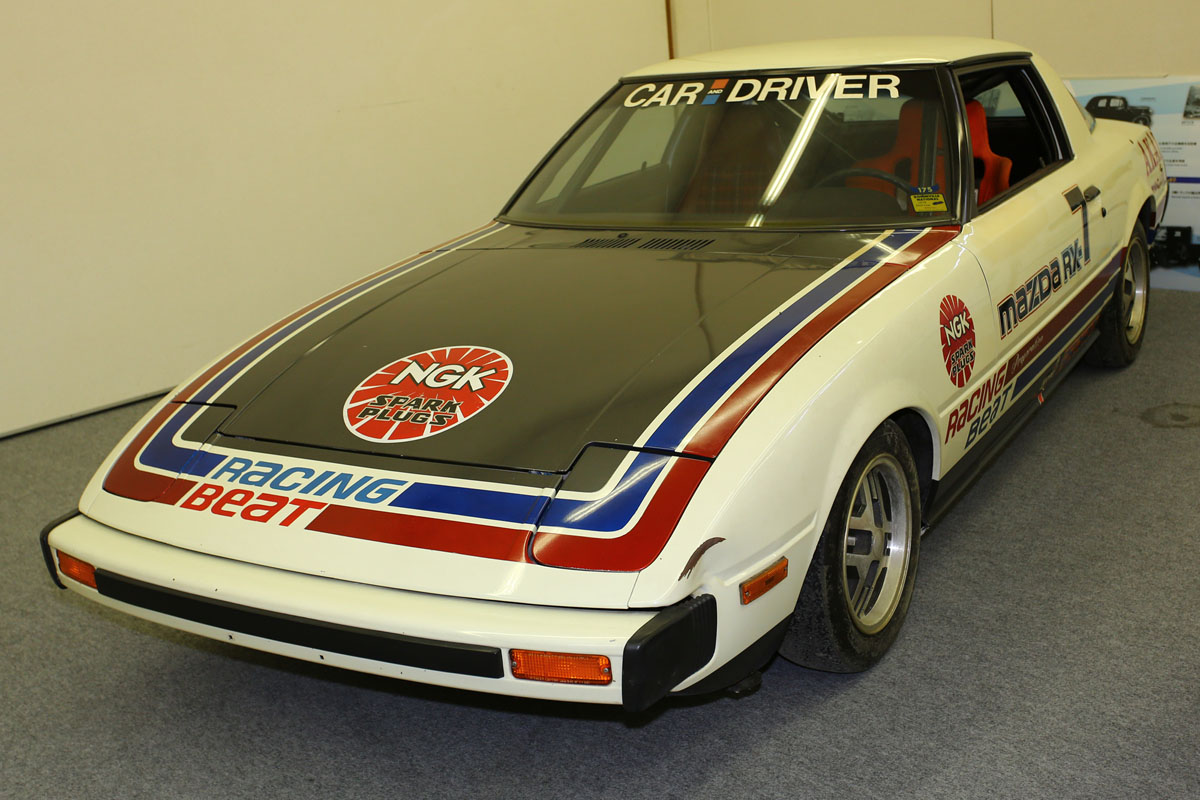 Do you know what this is? This is the first generation SA22C RX-7 which attempted to set a speed record at Bonneville Speedway. It was made by the California based RE tuners, Racing Beat, and at Speed Week 1978 set a record of 184 m/h (approx. 294km/h).

Just like the Racing Beat team, there is now another person who is preparing to engrave his own Speed Challenge dream on the canvas of Bonneville. That person is Sumito “Sam” Okamoto. Born in Japan and currently residing in Harbour City in the suburbs of Los Angeles, Okamoto is an event/film producer whose hobby is tinkering with cars and he has begun to dream “of one day recording a 500km/h sprint at Bonneville.” A number of times this project has been stalled when it was on the brink of fruition and it has taken many years and months to make it a reality. This is due to the fact that to record a speed of over 500km/h, the appropriate hardware, experience and sufficient funds are required. Okamoto has finally made the decision to challenge this year’s 2014 Bonneville Speed Week. This was not a large scale project but entailed him bringing the car, that he built with his own hands, out into the field and repeating the process of testing and building until he came to the conviction that he could achieve the record.

Okamoto’s Bonneville challenge has been dubbed the “F-5 Challenge Project.” The “F” represents the measurement for recording the speeds of tornadoes, the Fujita scale, and an F-5 represents a wind speed ranging between 314km/h – 504km/h. The chassis is a first generation Mazda MX-5 mounted with a naturally aspirated (NA) 13B rotary engine intended for the FC3S RX-7. While the MX-5 naturally possesses a low center of gravity and an open body that makes it lightweight and sufficiently rigid, it would obviously be irrational to expect it to handle a maximum output of 180hp and a goal of 500km/h. Seeing this year as the “shakedown year” Okamoto has set his first goal as being to break 150m/h (approx. 240km/h). Next year he will make improvements to the aerodynamics and engine power then proceed to the next step.

This year’s Bonneville Speed Week will be opened on August 9th (Sat) and will be held over a week until the 15th. The stage for the event is the Bonneville Salt Flats, a densely packed saltpan about 150km from Salt Lake City, Utah. MZRacing will be keeping an eye on how Okamoto’s F-5 project fairs and will be sending him our cheers. Please stay tuned for more information on this awesome attempt.