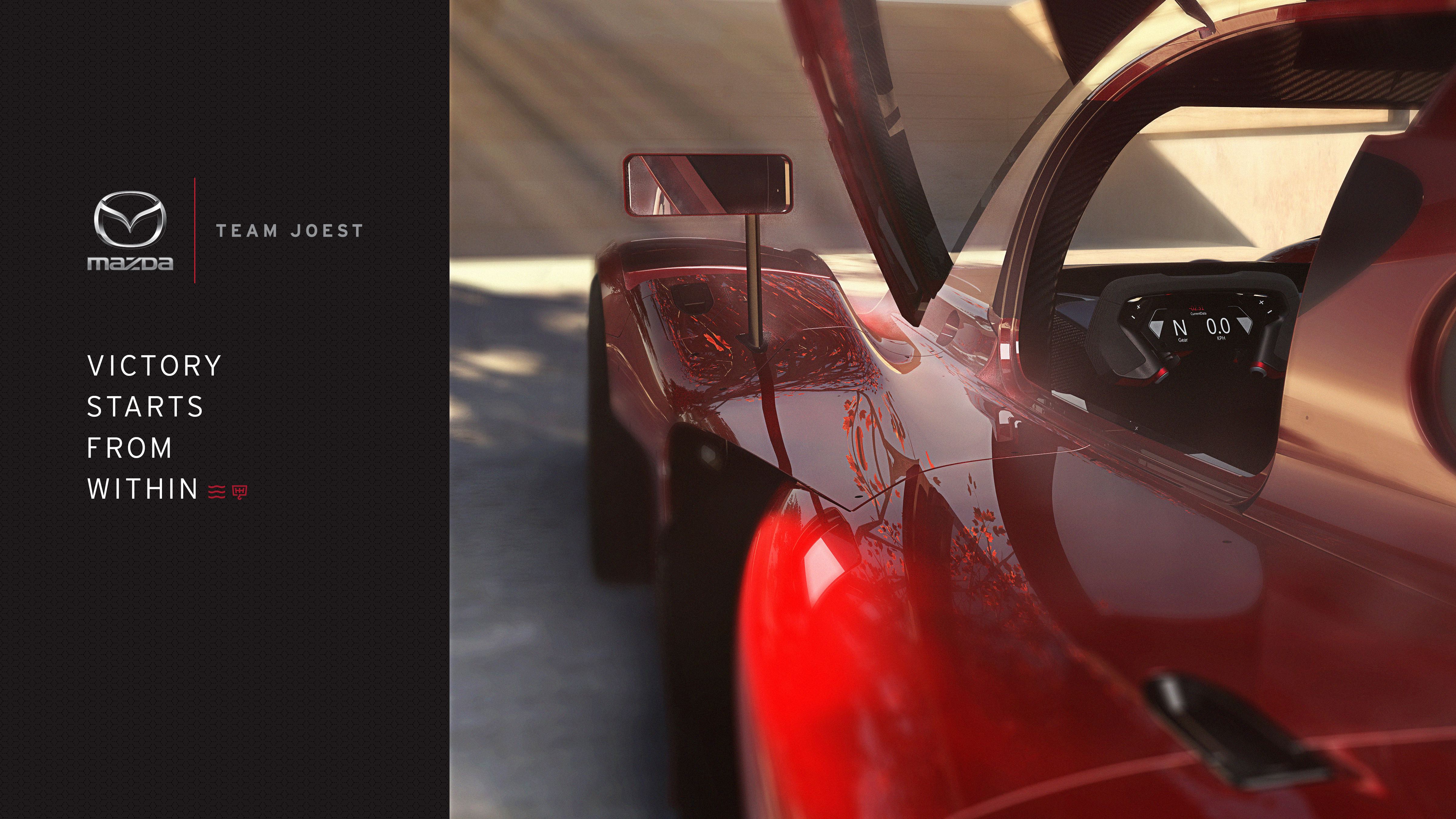 IRVINE, Calif. (July 18, 2017) –  Mazda Motorsports begins a new era today with the creation of Mazda Team Joest*, which will be the factory Mazda Prototype race team competing in the North American IMSA WeatherTech SportsCar Championship under Daytona Prototype international (DPi) rules. The team will make its racing debut at the 2018 Rolex 24 at Daytona in January.

Joest Racing is one of the most successful endurance sports car teams in history, with 16 victories at the 24 Hours of Le Mans plus multiple wins in prestigious North American races such as the Rolex 24 at Daytona, ten wins at the 12 Hours of Sebring and six titles at Petit Le Mans. Joest found much of its success as the factory team for Audi from 1999 until the manufacturer ended the program after the 2016 season. Prior to that, Joest Racing had multiple Le Mans victories with Porsche, and was the factory team for Opel in DTM, the German touring car series. The German company was created in 1978 by then-factory Porsche driver Reinhold Joest.

Mazda’s racing heritage includes being the only Asian manufacturer to win overall at Le Mans, plus 22 class victories at the Rolex 24 at Daytona, 13 class wins at the 12 Hours of Sebring and 11 major season championships. According to IMSA statistics, Mazda is the third-most successful manufacturer in the history of North American professional sports car racing, powering 155 major-series victories.

“Since Mazda first took the race track in 1967, our ‘Never Stop Challenging’ spirit means that every time we race, we strive for victories and championships,” said Masahiro Moro, president and CEO of Mazda North American Operations (MNAO) and managing executive officer, Mazda Motor Corporation (MMC). “The creation of Mazda Team Joest provides us a unique opportunity to partner with a team with proven success in the prototype ranks, and gives us the best chance to return Mazda to the top step of the podium. I welcome the Joest family to the Mazda family, and I’m convinced that, together, we will write many more pages in the book of Mazda racing successes.”

“We are excited and proud about this new opportunity with Mazda,” said Ralf Jüttner, managing director of Joest Racing. “Mazda has such a long tradition in motorsport and, especially in America, has created a huge platform for racing enthusiasts. For us, this is not only a return to American racing, which we have always enjoyed, but also great news to the big group of our Japanese fans, who have always warmly embraced us.”

John Doonan, director of motorsports for Mazda North American Operations, recognizes the new pairing as a “once in a lifetime opportunity.”

“This is an important moment in Mazda Motorsports history as we align our brand’s top-level sports car racing program with one of the best sports car team of all time,” said Doonan. “What Mr. Joest, Ralf Jüttner and the entire Joest Racing organization have accomplished is not likely to ever be matched. We are very excited to work with them to put Mazda in victory lane and to strive for more championship trophies, adding to the substantial Mazda and Joest Racing legacies in the years ahead.”

With the full focus turning to 2018, Mazda’s current Prototype team will not compete in the three remaining IMSA races this season.

“I want to thank our long-time partners at SpeedSource Race Engineering and owner, Sylvain Tremblay,” said Doonan. “We accomplished a great deal with their organization at all levels of the sport for more than two decades. They are a perfect example of a team that has grown through our Mazda system: from grassroots club racing, to Rolex 24 race-winning efforts in GT and then on to the Prototype program. Friendships in our sport run deep and we certainly don’t see that changing.”

Multimatic Motorsports, of Markham, Ontario, Canada, which was heavily involved in the creation of the Mazda RT24-P, has taken the lead to refine and improve the chassis, and will work closely with Joest in testing and simulation work. The four current Mazda Prototype drivers will participate in the testing and development, but the 2018 driver lineup is yet to be determined.

Joest Racing, based in Wald-Michelbach, Germany, will establish a North American headquarters for the race team in the Atlanta area.