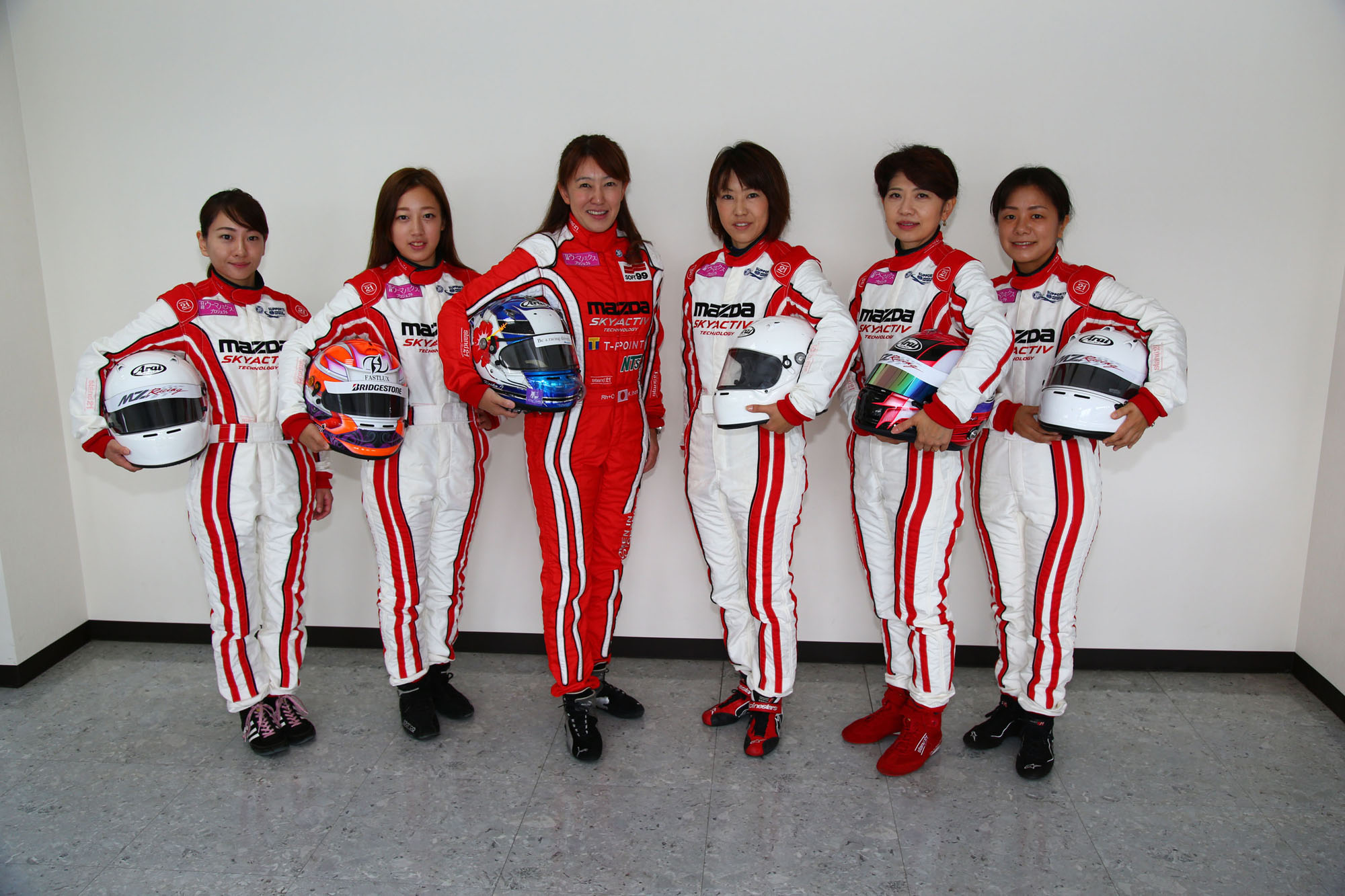 The 26th Media 4 Hour Endurance Race (Superintendent: B-Sports) will be held at Tsukuba Circuit on September 5th (Sat), where 5 selected members from the first graduating class of the Mazda Women in Motorsports Project will compete.

For this, the debut year of the new Roadster (MX-5), all competing vehicles will be 4-hour endurance spec ND Roadsters. Up until now the Media 4 Hour Endurance has been dominated by an automotive magazine team that is well acquainted with the roadster and would always head into the race having carried out numerous tests to analyze fuel consumption data to achieve the optimal driving setup. This year, however, all the competing cars are new models, which means no team has any accumulated data to utilize. For that reason the Mazda WIM Project selectees have a definite chance of taking victory. Those entering the race, in conjunction with the “Nikkei Womenomics Project,” which supports the creation of environments where women can play an active roll, are the 5 women selected out of the 26 who completed Mazda WIM project leader, Keiko Ihara’s driver training camp. The pair of Yuri Hayashi, who has a wealth of experience driving in one-make races, and Hiroko Komatsu have already competed in the Super Taikyu Fuji 8 Hours behind the wheel of a Mazda Demio SKYACTIV-G. Joining them is Saori Murasato, who has honed her abilities through gymkhana tournaments throughout the Chūbu region, Enami Kitahara, who has taken victories in national racing kart tournaments, and Yumiko Sekizaki, a woman who, despite having a hectic nursing career, still wants to take her driving ability to the ultimate level. At the special training orientation held at Tsukuba Circuit on August 20th, each member slid their arms into the brand-new racing suit created for the selection members and a slight current of nervousness ran through the group. That slightly jittery mood instantly turned to serious tension when Ihara stated, “Anyone who breaks the machine and is unable to hand it over to the next driver will be removed from the selection team.” To the rear of the selection team, the 6 “reserve members,” who came out to Suzuka for voluntary training, looked on with covetous, eagle eyes.

Joining the 5 members who would receive special training in the 4-hour training session, which began from noon, were the 6 reserve members, the 5 drivers of the Mazda Executives / General Managers team, and, outside of the manufacturer’s frame, the members of the Cross Brand Sports Car Development team. In order to maintain fairness, rather than the new ND Roadster, the old NC Roadster was used. With this they each learned the tricks to improving their times and conserving fuel and completed the session’s training schedule. What kind of performance will these women show us at this Roadster 4 hour endurance, a race that will test the true value of the Mazda WIM Project? Ms Ihara stated, “This highly ambitious selection team has progressed very strongly. Victory in the race is by no means an unrealistic prospect. I can’t wait to see what kind of performance they pull out on race day.” The 26th Media 4 Hour Endurance Race will start at 4pm on September 5th (Sat).