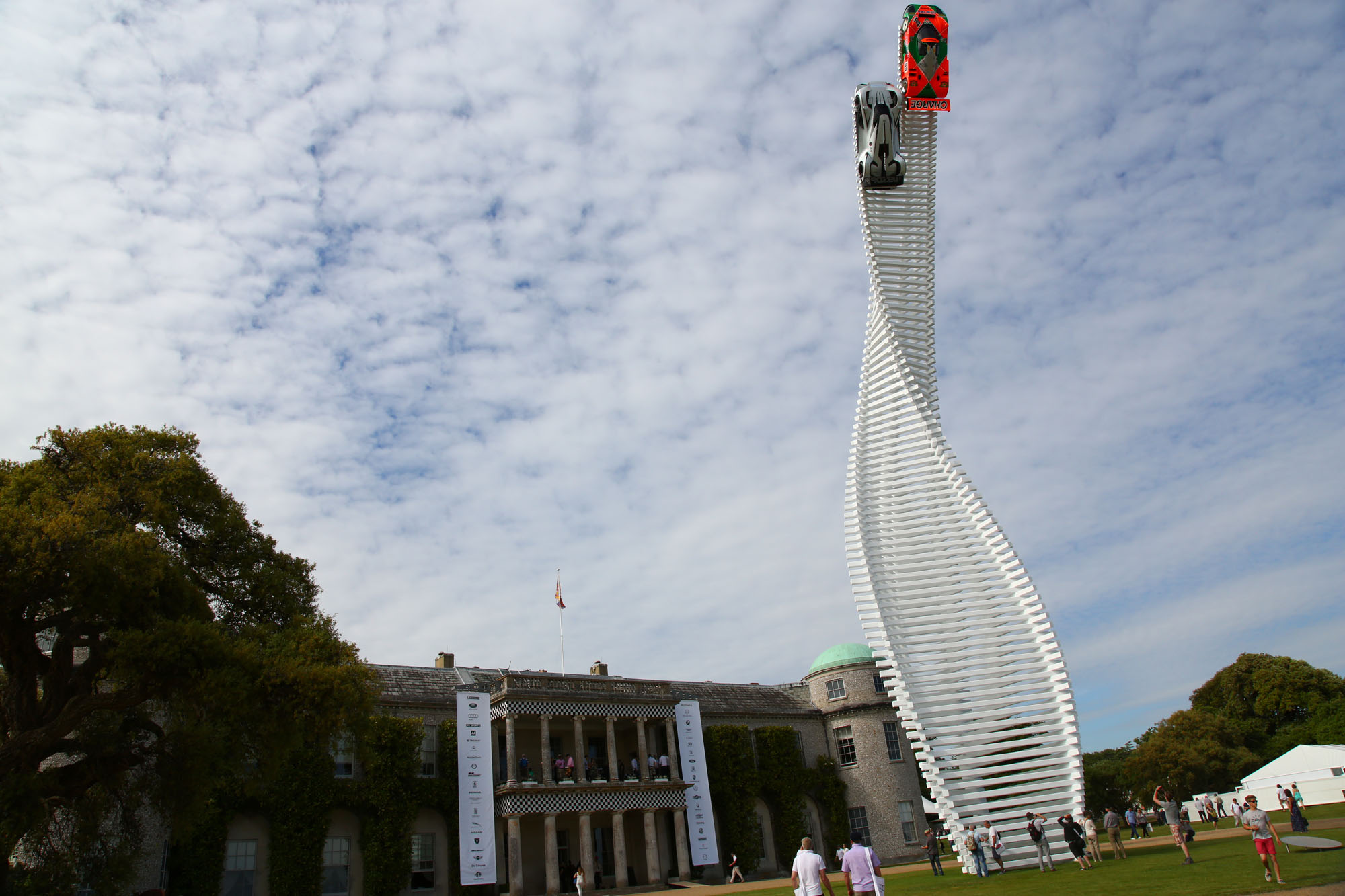 The opening ceremony for the “Goodwood Festival of Speed” was held on June 25th (Thur) at Goodwood House, located in Goodwood Forest in the South of England. During the ceremony the audience heard explanations about the 2 Mazda machines that have been placed at the top of the event’s center monument.

Festival benefactor and owner of Goodwood Estate, Lord Charles March got the ball rolling and began by explaining why these Mazda vehicles had become the centerpiece of the sculpture. He stated that Mazda is highly regarded for its deep motorsports history, typified by success in the 24 Hours of Le Mans, as well as its commitment to bringing about innovation in the automotive industry through its SKYACTIV technology. Following on from him, representing Mazda, was executive officer and design chief, Ikuo Maeda, who gave a description of the two machines sitting atop the sculpture. The first is Le Mans winner, the Mazda 787B, and the other is conceptual the racecar, the “Mazda LM55 Vision,” which exemplifies “Kodo” (soul of motion) design. Originally designed as a virtual machine for PlayStation’s Gran Turismo 6, for this occasion a real 1:1 model has been produced. Maeda stated, “The Rotary Engine symbolizes Mazda’s challenging spirit. With a dream for a return to Le Mans, we named this future machine the Mazda LM55 Vision.”

Approximately 300 people, including associates of Lord March, Mazda Europe officials, and members of the media were invited to attend this ceremony and all came out in full black tie attire. Following the talks, 5 Mazda 4-rotor racecars, which had been waiting in the paddock, all simultaneously started their engines. They then performed a demo-run up Goodwood Hill, enlivening the entire ceremony. From Japan there is the #55 Mazda 787B and Senji Hoshino’s Mazda 767B, while from the US, a Mazda 787, a Mazda RX-792P, and a Mazda RX-7 GTO were brought in for the event. Besides these, the paddock also saw a number of Mazda rotary heritage race cars, including the Mazda 757 (1987 Le Mans 7th place), the #203 Mazda 767B (1989 Le Mans 12th place), the Mazda RX-7 that was overall victor at the 24 Hours of Spa, and the Chevron B16 Mazda that competed at Le Mans 1970. In addition to this was the 4-rotor drift machine of Mad Mike brought over from New Zealand. From the 26th onwards cars will begin roaring up Goodwood Hill.