The Lightweight 13B Mounted “RE Amemiya Chanter” in Tokyo Auto Salon 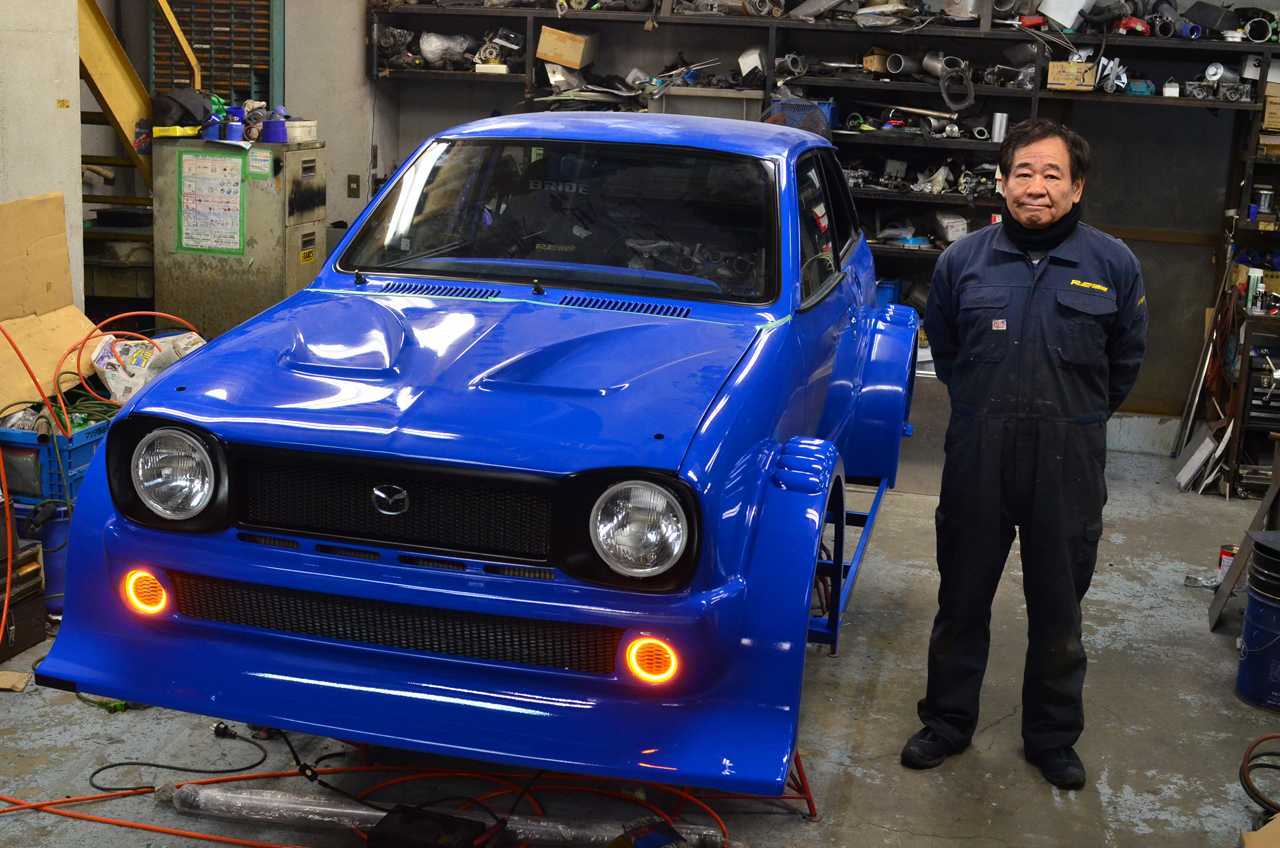 The Tokyo Auto Salon started at Makuhari Messe from January 15th (Fri) to 17th (Sun). The rotary tuning garage, RE Amemiya have brought out a variety of vehicles to display at every show since its inception and this year, also, it seems they will be pulling out an historic machine to exhibit. We visited the RE Amemiya factory earlier this month and were able to take some photographs of the vehicle while it was still being worked on. They have dubbed this machine the RE Amemiya Super Chanter 13B NA. It seems MZRacing was honored with the first showcase of this awesome ride.

The “RE Amemiya Super Chanter 13B NA” is named in commemoration of the 1981 “Amemiya Chanter 12A” that fans of rotaries from yesteryear will be well acquainted with. As the name suggests, the Chanter 12A places a 12A RE based carb turbo engine into a lightweight 360cc era Chanter.

On the other hand, this Super Chanter 13B NA, that is making its appearance this year, incorporates a wide range of modern tech, including electronically controlled injection, in its peripheral-port naturally-aspirated engine. As with past peripheral-port engines, power is not sought at high revs, but rather a latest ECU link G4 and engine management system has been adopted to perform delicate ignition control, focusing on torque and achieving 280ps. With this the specs have been tweaked to achieve a high level of power, fuel efficiency and response.

The Chanter 12A had a modified undercarriage. This time around also, the front has an SA22C RX-7 base that has been mounted on the upper side to secure stroke, while the rear takes a Familia Rotary R100 housing mounted with a modified SA RX-7 4 and watts link structure. The car’s width has been expanded to about 1600mm to accommodate the larger treads. The 12A sported front-rear tires of 195 / 50R13 and 5J / 5.5J wheels. This current machine rides on 195 / 50R15 + 205 / 50R15 tires with 6.5J / 7.5J wheels. The unique features of the body include an overfender that takes all the know-how of modern GT machine aerodynamics. The rear fender tip has been cut and the air flows through the sidestep connecting the rear and front fenders.

Amemiya’s representative related, “Our regular customers frequently mention how much they liked the Chanter and it always warms my heart to hear so many people remember that car. Although we are always doing remakes, we went into this with the 35th anniversary in the back of our minds. However we thought that it would be a little dull just to pull out the car from the past and decided pull out an evolved model that incorporates a variety of modern elements.”

These various modifications stem from RE Amemiya’s high level of technical capabilities that it tempered through competition in the SUPER GT with a 3-rotor peripheral port FD3S RX-7. It doesn’t only pack some serious power into a compact body, it is truly is a new era high-response lightweight sports car.