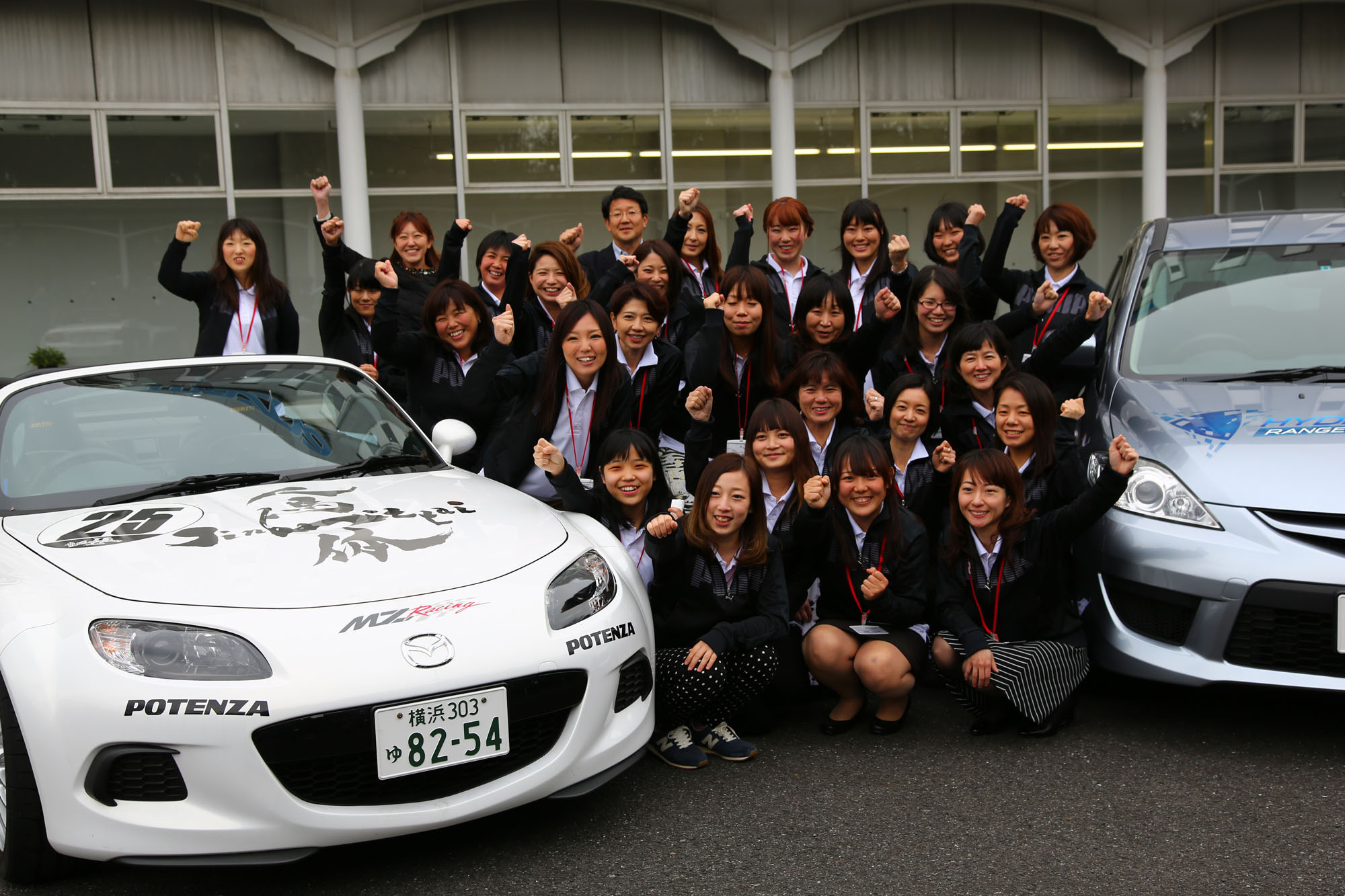 On April 10th (Fri), 26 women gathered at the Mazda R&D Center Yokohama (MRY) where the Mazda Women in Motorsport Project was officially begun. Under the direction of project leader, Ms Keiko Ihara, all 26 participants are heading into the prepared curriculum each with their own respective ambitions.

This project was proposed to Mazda, and then made a reality, by a member of FIA Women in Motorsports Commission and FIA Drivers Commission, Ms Keiko Ihara, as a driver training program in line with the FIA’s programs for encouraging the participation of women in motorsports. After public recruiting began in March, around 200 applications were downloaded and after formal applications of around 70 people were examined and interviews carried out, the number of successful candidates was eventually narrowed down to 26 people. Although the program initially intended to recruit only 25 people, at the final stage the organizers found it too difficult to narrow the field any further and so one more position was created.

This was the first time for all the participants who gathered at the MRY to meet each other. An incredibly diverse group of women, there are residents from Hokuriku, Shikoku and Chugoku, as well as an exchange student from Taiwan. In terms of professions, the participants range from housewives, students and researchers to office workers, doctors, nurses, actresses, priests and so on. Their ages range from 18 years to 52 years old. Although their backgrounds are extremely varied, from merely being car or motorsports fans, to having racing kart experience, being district gymkhana race champions, drag racers, current Porsche Cup drivers, and son on, they all share the same ideal of learning right from the essentials of driving technique and becoming prime examples of female drivers who possess the ability to compete with the best of the best. Amongst them were a number of women who said they intended to show they could more than compete with the boys and one day aimed, like Ihara, to compete at Le Mans. In orientation there was an explanation of Mazda’s company, current products, and SKYACTIV technology. This was then followed up by a driving fundamentals course from Ms Ihara, and other talks, which saw each participant listening intently and diligently taking notes.

After this finished, a socializing party was held that night where everyone was able to get to know each other in a less formal setting. Then on April 11th (Sat) they moved onto Odaiba, where each member took part in the Motorsport Japan Festival 2015. Here they all individually introduced themselves to the crowd at the demo-run venue, then prepared themselves for the media presentation to be held in the afternoon. Perhaps because they had all already introduced themselves a number of times this weekend, each participant was able to clearly express their aspirations, thoughts and expectations for the project and the group was bathed in the warm applause of the audience. A very good representation of the entire group’s feelings came in the comment from Ms Morimoto: “I am a researcher working for a company in Yokohama. One of my favorite things to do to relieve stress is to come home from work and drive my Roadster at night with the top down. When I am driving I strongly feel that, more than just driving a sports car, I would really like to become a skilled driver who can be a role model to others. In addition, Mazda’s recent slogan of “Be a driver” really resonates with me. I have a child in 3rd year at high school and I really want them to find their own path and walk down it themselves. I want to exemplify the spirit of “Be a driver” and pass this onto my children.”

MZRacing will be carrying out close coverage of how these impressive women develop as drivers and will provide frequent updates. Stay tuned.