This Year’s Bonneville Speedweek Called Off 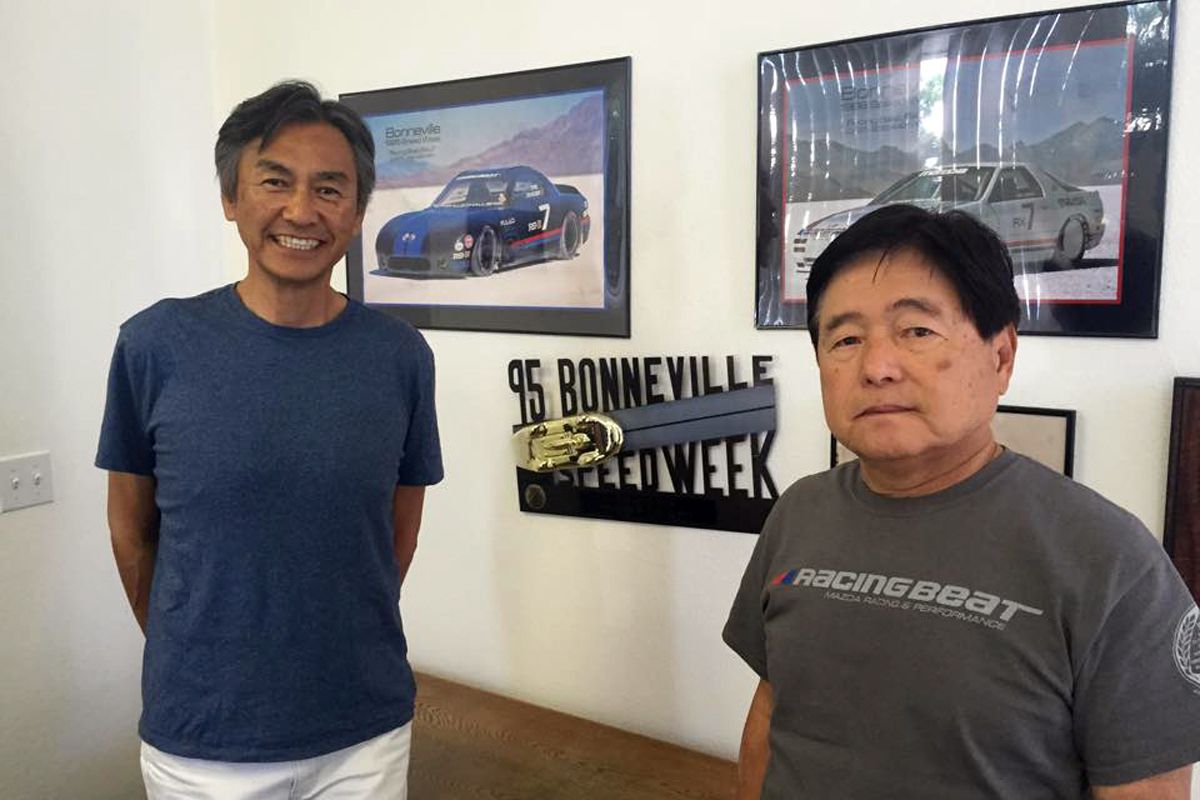 Scheduled to be held from August 8th to 14th, “Bonneville Speed Week,” an event that sees intense competition at breakneck speeds, has been cancelled this year due to worsening track conditions.

Bonneville Speed Week is held on the vast natural salt lake located in Utah, in America’s mid-west, where large numbers of motorsports enthusiasts gather from all over the country to compete to be the fastest in their beloved machines. Every year the event falls in the middle of summer when the surrounding area is usually completely dried out. The salt lake, which is covered in water during the rainy winter, becomes barren under summer’s intense sunlight, covering it in a thick layer of salt that makes it the optimum environment for attempting new speed records. However the last two years have seen unusually heavy winter rainfall, and the salt lake has not completely dried up making the implementation of the speed challenge unfeasible. Due to this, Los Angeles resident, Sam Okamoto, who was planning to participate in the event from last year, was again forced to abandon his plan without heading to the location. For this reason the MZRacing crew, that was planning to cover the event, was forced to hastily change its schedule. The decision was then made to accompany Mr Okamoto in a visit to Racing Beat (Anaheim, CA), a company renowned for its performances throughout the 80s and 90s, and speak with its representative, Takayuki Oku.

Oku related to us how the company became involved with Mazda, “We were flat out from ’71 and throughout the 80s in order to make Racing Beat a household name as an RE tuner in the United States. In the mid-70s we started competing in drag races and were achieving pretty good results, which garnered the attention of Mazda North America and we were approached with the proposition of competing at the IMSA road race. Of course we jumped at the opportunity. In our second year in the IMSA Challenge our RX-7 took home the championship and we began looking out for our next challenge. As a result, we thought that breaking the 184 mph (294.4kmph) and rewriting the record for mass production sports cars in the SA RX-7’s (NA12A) first year out at the Bonneville Challenge would be perfect. After breaking the record posters and pamphlets were decorating Mazda dealers nationwide and Racing Beat’s presence became known throughout the US almost overnight. That gave us a huge shot in the arm and in 1986 we once again competed in the mass production sports car class and recorded a 238 mile (381.4kmph) with the FC3S RX-7, which we rewrote in 1995 with a 242 mile (387.2 kmph) using an FD RX-7. Two years prior to that we had crashed our car, which gave us concerns regarding the safety of competing, so being able to update the record was a huge relief.”

Okamoto stated, “Racing Beat is such a venerated company so I had always hesitated to come to speak with Oku-san, so I’m really happy to have had the opportunity to hear so much from him today. Actually it’s given me a great insight into the difficulties and hardships they faced going into it as a works team.” He continued on, smiling, “As we’re competing as a private team of newcomers we can just enjoy competing at the Bonneville Challenge without really putting our prestige on the line.” Mr Okamoto’s machine takes a 1990 Mazda MX-5 Miata and has equipped it with an NA 13B engine created for the ’89 FC RX-7. This year’s model has had its peripheral port intakes remodeled and sliding resistance has been reduced through installation of lightweight rotors, eccentric shaft and so on. With the addition of a Weber downdraft carburetor, the car is estimated to be able to produce 300hp. “I’m planning to run at Bonneville next year and am aiming to exceed 200 miles an hour (320kmph).”

Okamoto clearly already has his sights set on next year’s Bonneville Speed Week.