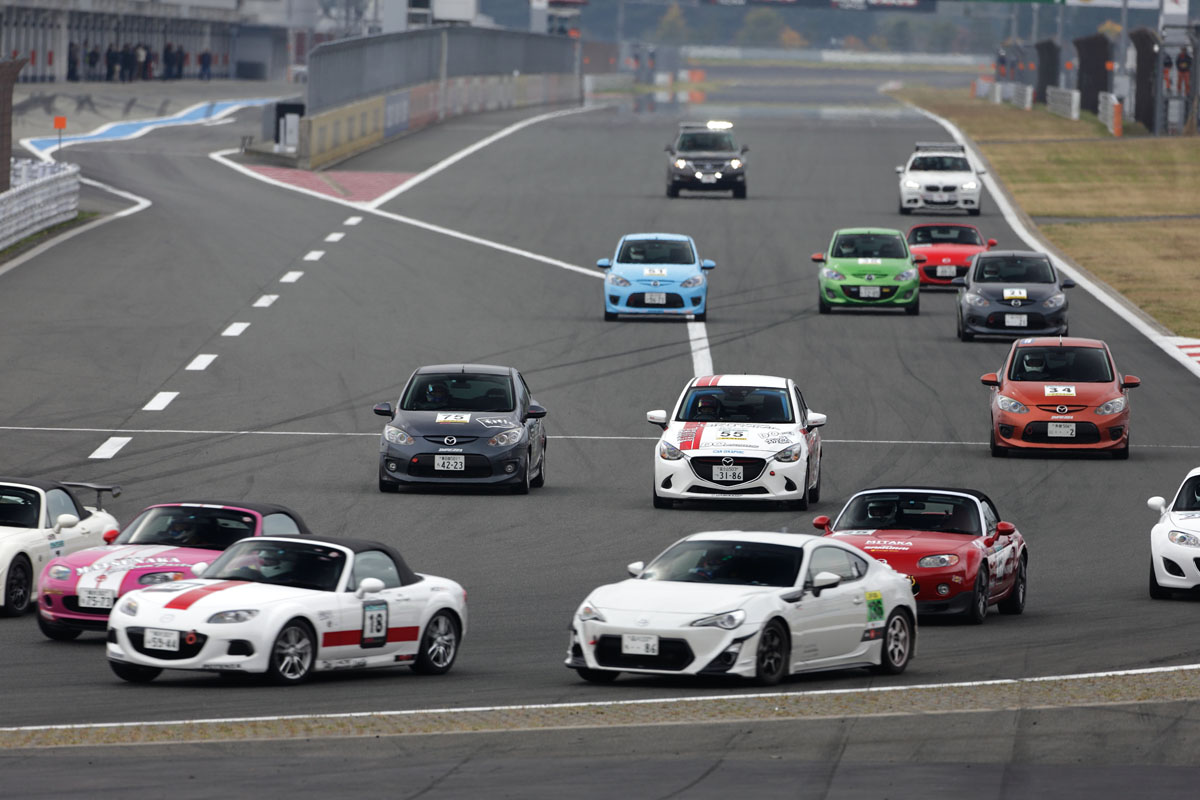 The outline for the 2016 Fuji Champion Race has been announced. From this season the competing vehicles will be the ND Roadster and DJ Demio 15MB. Furthermore, with the installation of commercial aerodynamic parts being permitted in the Roadster Open Class, amongst other regulation changes, participation has become even easier.

The Fuji Champion Race is a series that is held exclusively at Fuji Speedway and is heading into its 60th year this season. Beginning the year Fuji Speedway opened, it was first known as the “Fuji Holiday Race”, then in the following year, 1967, its name was changed to the “Fuji Champion Race”, then later the “Fuji Freshman Race,” and finally, in 1998, its name was changed back to the “Fuji Champion Race.” Other than a cessation due to Fuji Speedway undergoing an upgrade, the series has continued unabated until now. Having carved its name into history as the quintessential grass roots race in Japan, a number of pro racers have gotten their start in this series and it holds a great deal of weight in Japan’s motorsports culture.

From this season it has become possible to participate in this Fuji Champion Race with new model Mazdas that went on sale in 2015, while a revision of the rules has been carried out to allow greater modifications and promote the participation of more regular tuned road vehicles. Furthermore, technical regulations have been revised in the Fuji NC/ND class and Party Race to make cross-series participation even easier.
Races will be separated into Race A and Race B, with both consisting of 9 laps. This season, with the model combination changes, both races will have Mazda vehicles on the first grid, making it a must see event for all Mazda fans.

Race A (A mixed race combining the NC/ND Roadster, the Demio and the N1000 category)

2.Roadster Cup NC Race (all grades of NCEC can participate)
Challenge Class: Conforms to Party Race vehicle regulations (all can participate other than ND5RS and NR-A)
Open Class: Limits of overall width/length modifications have been revised, the range of permitted aerodynamics has been expanded


Race B (All competing vehicles are Roadsters)

2.Roadster N1 Race
Mixed race in which all modesl of Roadster participate

N1500
A new combined race that sees additions to the N1500 class, and participation from the DE5FS Demio and Vitz N1


For more detailed information on the new regulations please refer to the following website
http://www.do-eng.com/mortorsports/