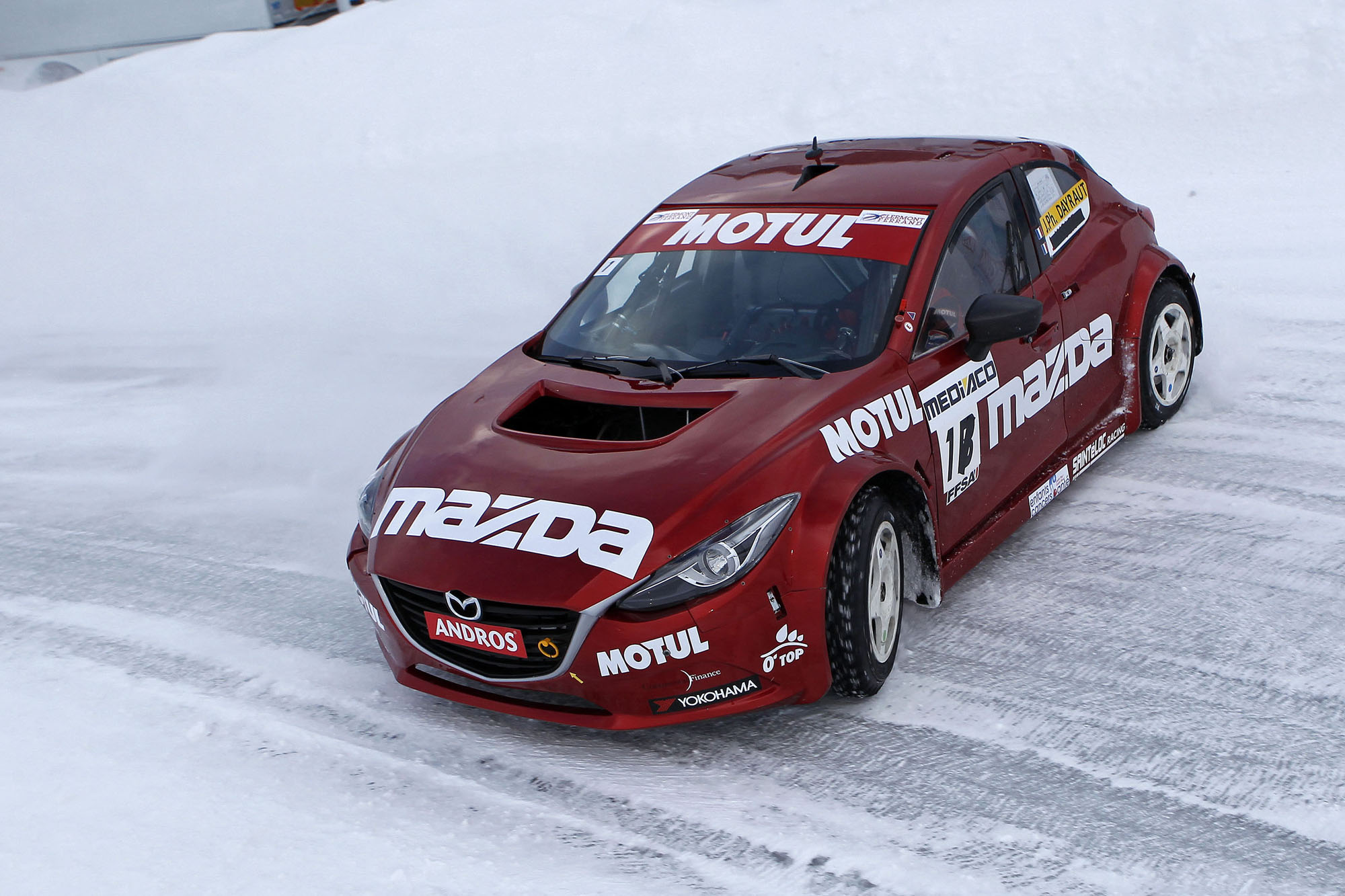 Driving a Team Mazda France Mazda3 Jean-Philippe Dayraut took the 2014/15 Trophée Andros title by just one point from ex- Formula One driver Olivier Panis. Contested over six-rounds the famous Trophée Andros has been a highlight of the French motorsport scene since 1990, uniquely bringing four-wheeled action to the Alpine winter sports scene.

Contested on short and twisty ice tracks lined with unforgiving snow banks, Trophée Andros races are famous for their furious action and close competition. Competing in the premier Elite class Team Mazda France faced competition from leading ice racing teams WRT (Toyota Auris), Sport Garage Sodemo (Dacia Lodgy), D.A Racing (Renault Clio 3), Overdrive (Citroen DS3). Cars in this class are pure racing machines designed specifically for ice racing. While the familiar Kodo design of the Mazda3 is obvious, under the skin the Team Mazda France Mazda3 highlights the ‘silhouette’ concept of the Trophée Andros with a spaceframe tubular chassis, mid-mounted 3.0-litre V6 engine and six-speed sequential gearbox.  Fitted with studded tyres and all-wheel drive to ensure traction on the ice surface, four-wheel steering helps to angle the car into corners by turning the rear wheels in the opposite direction to the fronts as the driver turns the wheel. The result is exciting sideways action – so sideways that the Trophée Andros Mazda3 has wipers on its side windows.

Having secured his sixth Trophée Andros title Jean-Philippe Dayraut commented “arriving in Trophée Andros with a new car was a big challenge for Team Mazda France. To win with the Mazda3 in the first year is therefore a tremendous performance. I am delighted that Mazda has made such great efforts and thank them for trusting me. Now my sixth title is won, there’s only thing that interests me is getting a seventh.”