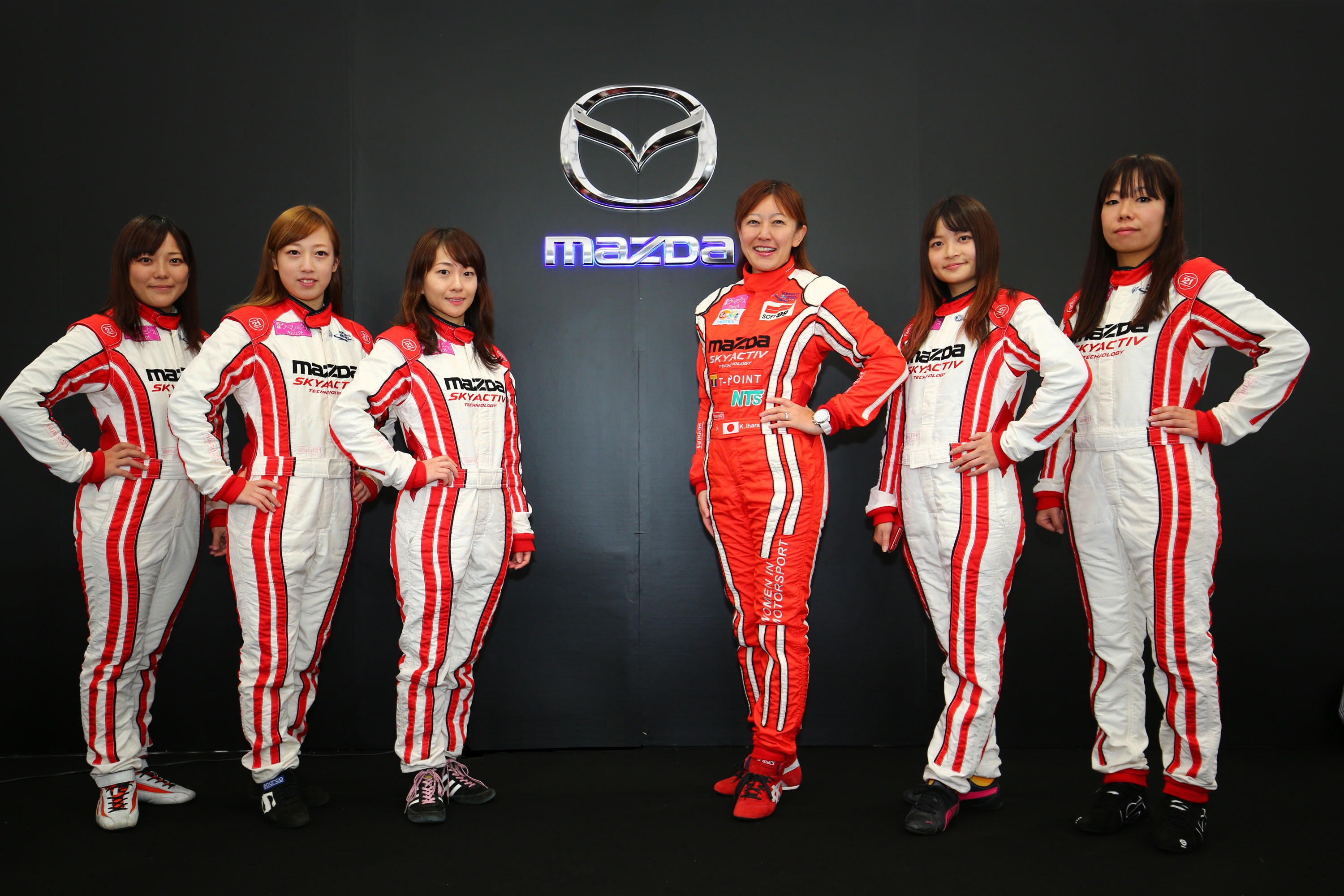 Moving into its second year, the “Mazda Women in Motorsports” project recently began recruiting for new candidates. A small group of women who are aiming to become genuine, world-class race car drivers, engineers or mechanics will be selected to be brought out to the Mazda Mine Proving Ground (Yamaguchi Prefecture) to receive training in the fundamentals of motorsports. After the intense training schedule has been completed the most outstanding members will be given the opportunity to compete in events such as the Roadster Party Race III and the Super Taikyu.

Leading the project will be racecar driver, Keiko Ihara while overall management will be carried out by Love drive, Inc., stationed in Tokyo. Broad recruitment is scheduled to be carried out until the end of march and the successful candidates selected after passing through applicant screening, interviews, and so on. A number of training sessions will then be carried out from mid-April at the Mine Proving Ground, after which there are plans for members to participate in the Mazda Fan Endurance Race (in which amateurs are welcome). After this they will compete in higher levels such as the Roadster Party Race III and the the Super Taikyu’s ST5 class.

Applications are being accepted through the following website. The terms of eligibility are also listed so please be sure to check them when applying.
http://www.lovedrive.co.jp/