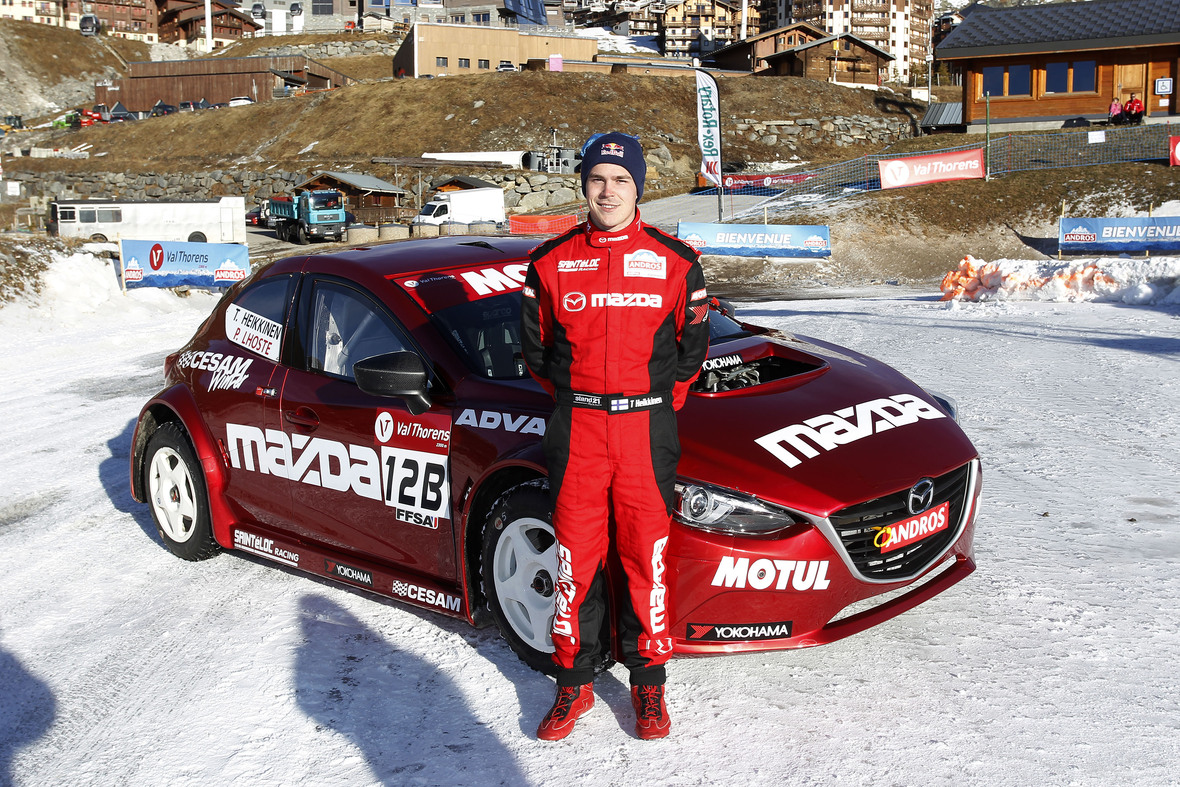 Finnish star Toomas ‘Topi’ Heikkinen, who finished runner-up at last year’s inaugural World Rallycross Championship, has had a busy start to the year.

In order to achieve success in future racing seasons, Topi has competed his first full season at the Adros Trophy Championship where, over 7 races conducted between December and February, he fought for glory alongside a star studded line up of drivers in a high-performance machine.

The 23-year old competed this season for the experienced Sainteloc Racing Team behind the wheel of a Motul Mazda 3. Taking 7th overall and finishing his debut season with the best rookie result, he has learned a great deal. While his experienced teammate, Jean-Philippe Dayraut took home the series title and broke the record for the number of season wins in the Andros Cup, the stable driving of Topi also contributed greatly to Mazda France securing the Team’s Title.

As a result, Mazda France led the championship from start to finish, acquiring eight podium finishes and four victories.

As with other Andros Trophy cars, Topi’s Mazda 3 rode on spiked tires, was fit with a space frame chassis, and mounted a turbocharged 3.0-liter V6 engine, capable of producing over 350hp, midship into a ultra light body shell. This meant it was the perfect machine for training up for Rallycross.

Heikkinen, a former Global Rallycross Champion that has recorded 5 wins in one season, said “I had a lot of fun, but most of all I learned so much. The Andros Trophy is actually a very specialised discipline, so it is not easy to get to grips with quickly. In particular, it is quite tactical and you really have to learn the best way with the strategy. But now I am starting to get an idea and I would really like to come back next year and have another go. I’d like to thank Mazda France for this fantastic opportunity and also congratulate the whole team on winning the teams’ title: I’m proud to be a part of it. Many congratulations also to my team mate Jean-Philippe: he is an amazingly and very talented guy, who completely deserves his latest success. He was the best teacher I could hope to have and it was a privilege to learn from him.”

Topi has now returned to his hometown in Finland to prepare for the opening round of the Rallycross season, which will be held in Portugal in April. “My plans should be announced in a couple of weeks’ time, so I’m looking forward to that and another busy season ahead,” he said. “For the moment I’m busy with training and preparation, and I’m looking forward to seeing everyone again very soon!”