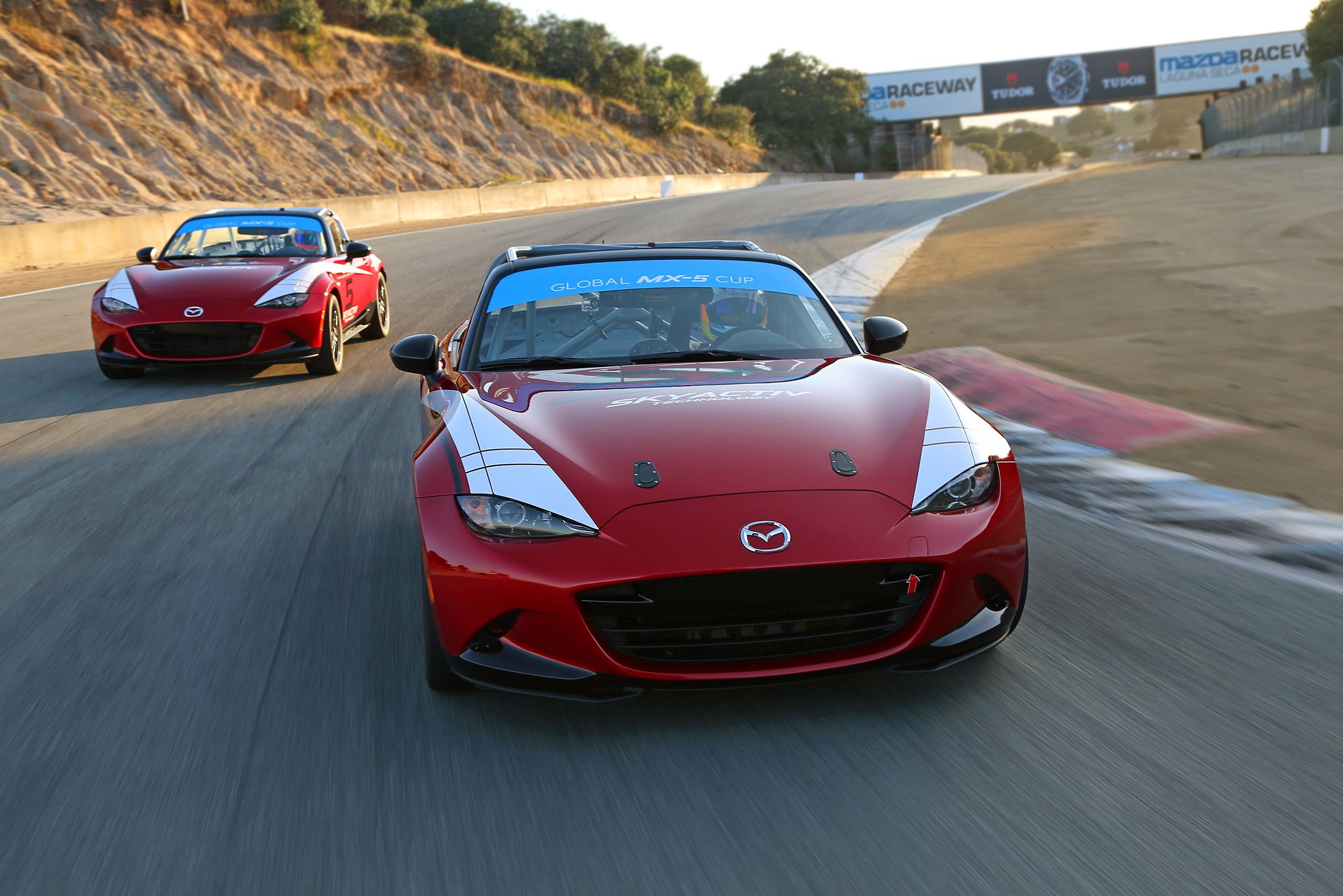 MONTEREY, Calif. (May 1, 2015) – Mazda rolled out a pair of engineering development models of the 2016 Mazda MX-5 Cup racecar for testing at Mazda Raceway earlier today. As a part of the development process, the cars will be tested in public on the first test day of all remaining race weekends during the 2015 MX-5 Cup season. Mazda SKYACTIV prototype racer Tom Long, who has raced in, and won with, all three previous generation MX-5 Miatas, will lead the development of the car. Mazda racers Kenton Koch and Andrew Carbonell are assisting this week.

When you are running one of the most competitive and affordable race series in the world, expectations are high for the next generation series. The challenge is complex as Mazda is evaluating seven tire manufacturers, eight brake suppliers, and seven suspension kit partners for 392 base combinations. Using advanced analytics and simulations, Mazda Motorsports and engineering partner Long Road Racing will perform a great deal of the testing on the computer with ample real world testing to validate the computer model.

“The response from the industry has been amazing with a wide variety of companies approaching Mazda to become involved,” said John Doonan, director of motorsports, Mazda North American Operations. “Our goal is to develop a car that is just as rewarding to drive for the expert as the novice. Tom Long has experience with racing every generation MX-5, and is enthusiastic about the latest car. Tom will work with our engineers and racers to develop the next generation MX-5 racecar to maintain our position as the most road-raced car in the world.”

Tom Long noted: “Testing the new MX-5 racer for the Global MX-5 Cup has been an incredible fit so far. The lightweight nimble chassis design, along with its increased power-to-weight ratio, makes this new platform balanced and a real thrill to drive. Taking the key elements that made the original MX-5 chassis so popular and successful, has come back to its roots in a reborn look.”

Mazda Motorsports is scheduled to freeze the vehicle specifications and announce the price of the turnkey racecar later this summer.