“I Will Race For as Long as I Can”, Ceremony to Commemorate Yojiro Terada’s 50 Years as Racecar Driver 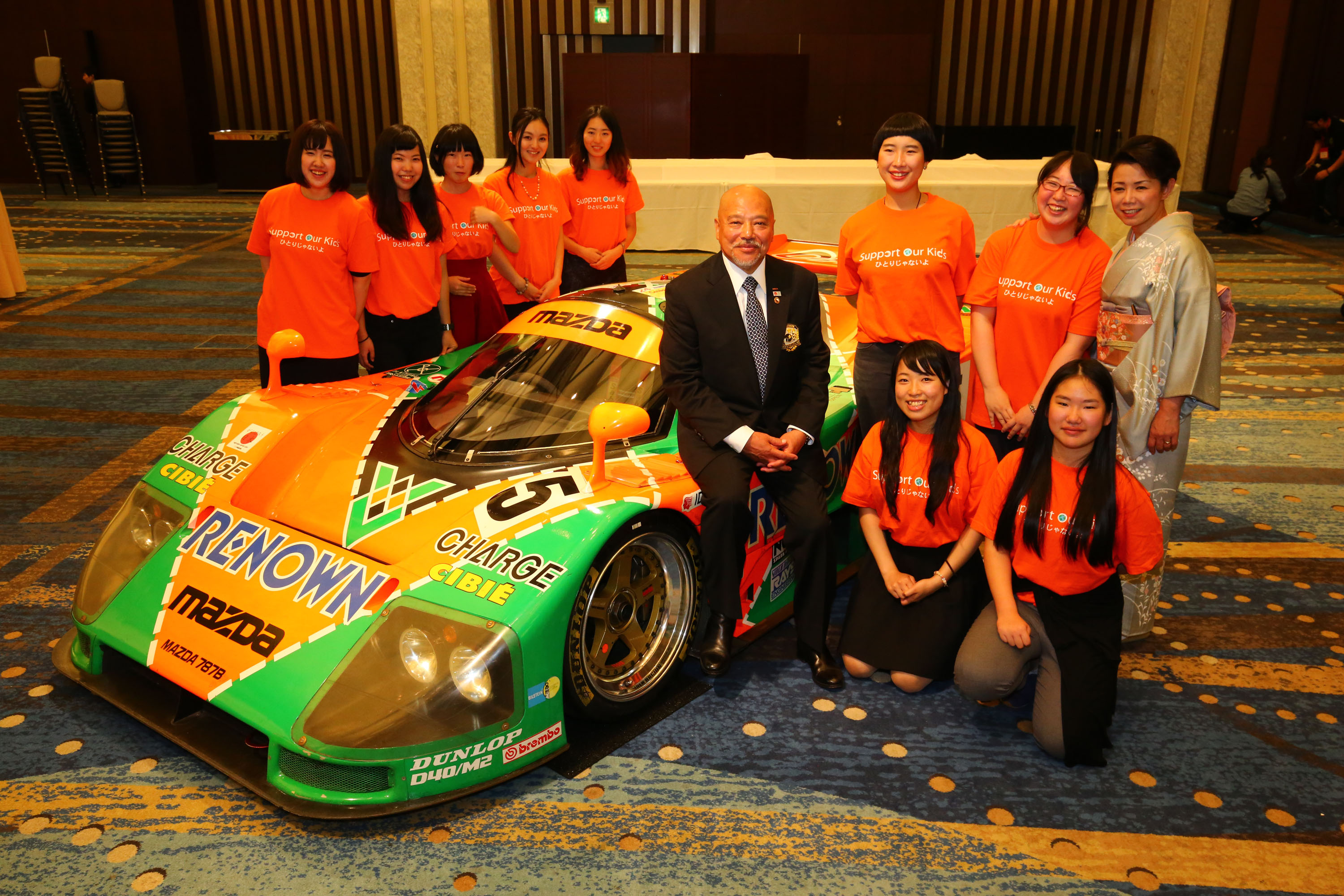 On October 4th (Sun) the “Tribute to Yojiro Terada’s 50 Years of Racing / Charity for Support Our Kids” was held at the Prince Park Tower Tokyo.

This event was hosted by the executive committee for the “Support Our Kids” program (of which Mr. Terada was a proponent) that seeks to assist the independence of children affected by the 2011 Tōhoku earthquake and tsunami, and acted as a charity event for the initiative. The charity auction that was held contained numerous goods signed by distinguished individuals from around the world who support the efforts of the “Support Our Kids” program. From racecar drivers to athletes, singers to bands, the huge lineup of those represented were exemplified by numerous bouquets and the venue became a symbol of all the people from around the world seeking to help these children effected by the tragedy.

In the stage event, a number of individuals with deep connections with Mr. Terada, such as the Ambassador of Ireland to Japan, Anne Barrington, Mazda Representative Director and Chairman of the Board, Seita Kanai, actor, Hiroshi Tachi, and numerous members of the motorsports community, related Mr. Terada’s long racing career to the audience. In a video message, ACO president, Pierre Fillon, Toyota Motor Corporation’s Chairman of the Board, Takeshi Uchiyamada, and actor, Masaaki Sakai expressed their congratulations.

On top of this a talk show was held with many of the legendary drivers who also achieved great success alongside Terada as both allies and rivals. On the stage they reflected back on Mr. Terada’s 50 years as a driver, relating memories such as their first encounter with him, other historical motorsports moments, and so on. With everyone commenting that “it’s amazing that he is still racing”, they went on to praise both his motorsports record as well as his social contributions through programs such as Support Our Kids.

Then it was Mr. Terada’s turn to speak of his passion for motorsports, stating, “I will be racing for as long as I can. I plan to take the number of times I have competed at the 24 Hours of Le Mans to at least 30!” It is clear that Mr. Terada still exemplifies the indomitable challenging spirit and evolution of Mazda.

Also on display at the venue was the only Japanese vehicle to take victory at Le Mans, The Mazda 787B, as well as a gallery of photographs taken of Mr Terada on the scene in the various races he has competed in throughout the years.

The event’s finale was a surprise video message from past Support Our Kids participants. Having travelled to Le Mans with all 30 of these kids, tears could be seen welling up in Mr. Terada’s eyes. This truly was an event that showed the integrity of Yojiro Terada.

Congratulations on 50 years Mr Terada! MZRacing will continue to support your future endeavors.