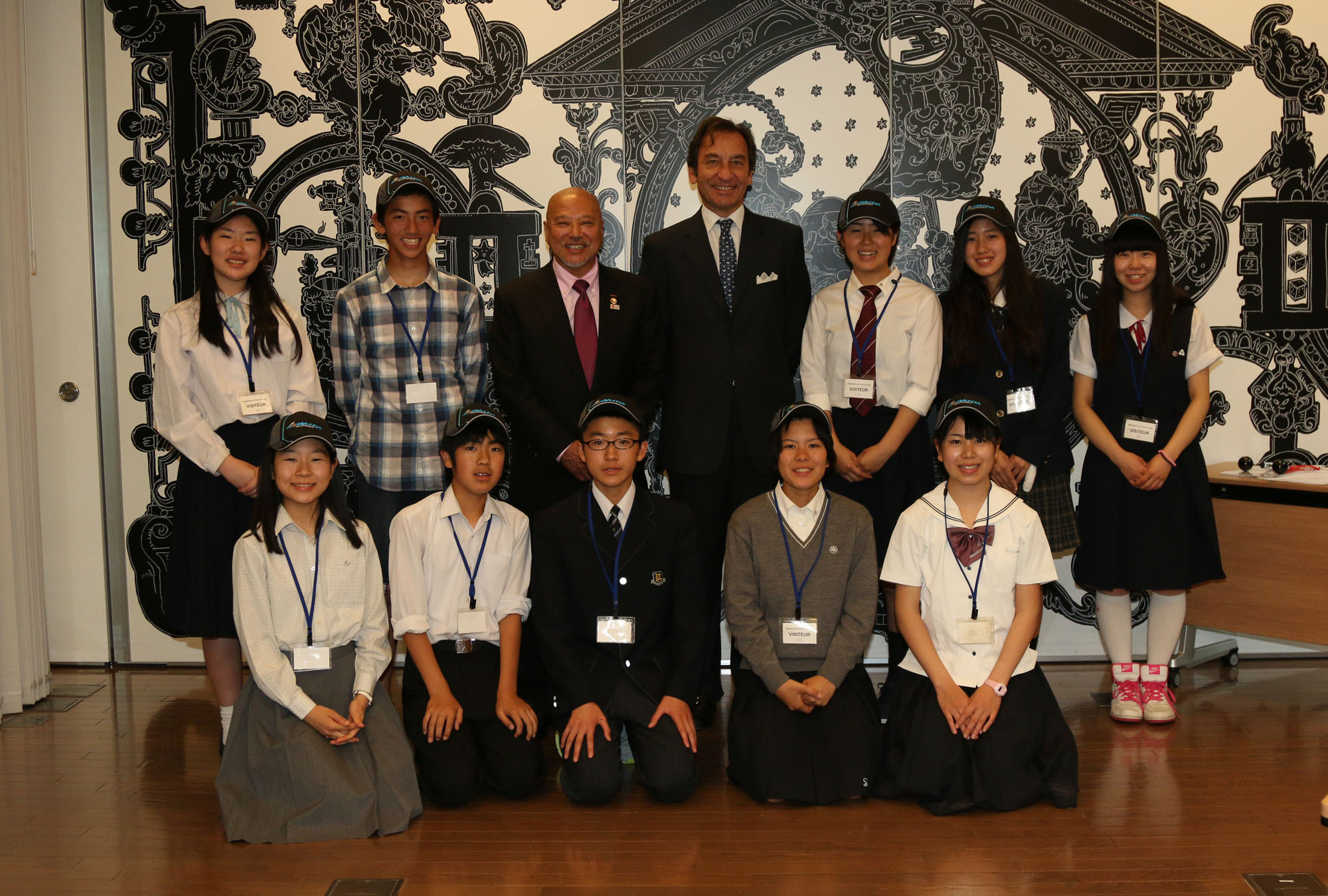 An opening ceremony for the “Support Our Kids” (SOK) program, a project created to lend support for the independence of children affected by the 2011 Tōhoku earthquake and tsunami, was held on June 2nd (Tues) at the French Embassy in Minami-Azabu, Tokyo.

This time around, 10 young men and women passed through the recruitment and seletion process for the tour. The selectees were junior-high and high school students from the affected areas, such as Iwate, Miyagi, Fukushima, and so on. After a greeting from Mr Yukiatsu Akizawa, representative of the project organizer “Jidai no Sōzō Kōbō” (Creative Workshops for the Next Generation), the kids listened to a talk from project founder and guide for this tour, racing driver Yojiro Terada. Following this, each participant came up to present information that they had independently researched about France.

Each young man and woman described their individual motivations for taking part in the project. One child stated, “Ever since my older sister took part in a home-stay she has changed immensely and is working hard to achieve her own goals. Seeing her change so much has made me want to find my own dream and that’s why I applied for this project.” Another kid related, “I haven’t really figured out yet what my dream for the future is, so I’m really hoping that through staying in France and increasing my life experience I will be able to acquire a better idea.” These statements are very similar to those put forth by previous participants who, through interacting with a variety of local people in exchange events, watching the 24-hour race, and experiencing kart racing, were able to come home having attained a greater understanding of themselves and their dreams.

French ambassador, Thierry Dana, who provided the French Embassy as a location for this send-off ceremony, gave the following warm words. “The people of France were deeply grieved when the earthquake occurred. We were overwhelmed with a desire to do something to help. From the bottom of our hearts we embrace this opportunity to welcome you all to France. I sincerely hope that many French people get to witness your efforts to move towards your dreams.” After the ambassador finished speaking, all the kids said, “merci beaucoup” in unison.

Following the ceremony, all the students received classes on basic French at the embassy and then, early on the following morning (the 3rd), they departed Haneda airport headed to Paris.