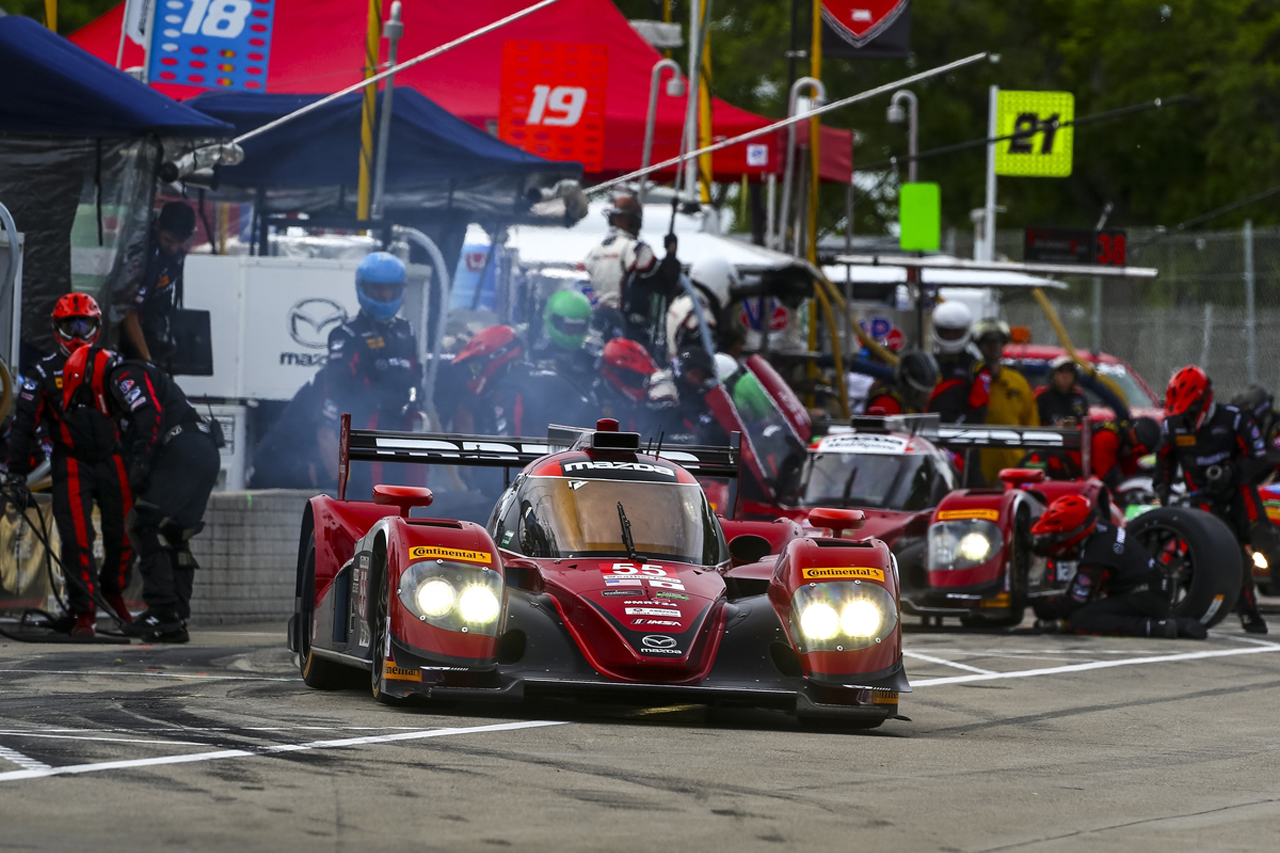 The two Mazda prototypes had been struggling to match the speed of the other Daytona Prototypes (DP) throughout the weekend. The chassis of the Mazda prototypes was mainly designed to compete on smooth road surfaces found on European style circuits and therefore they tend to have a hard time on bumpy city courses such as Belle Isle. The cars aren’t as capable of utilizing their excellent aerodynamics on such a bumpy road surface. The #70 underwent an engine change on Friday and suffered a spin during Saturday’s warm up session. In spite of these difficulties, once the race started the cars displayed steadfast speed while other competitors suffered dramas such as crashes and mechanical troubles.

[Comment from #55 driver, Tristan Nunez]
“I think everyone’s a little in shock right now. That we would get our first podium here in Detroit of all places. That really does say something for Mazda saying ‘Never Stop Challenging.’ We didn’t have the pace initially in the weekend but the team got together and gave us a great race car. It was great in traffic and on a long stint on tires. We let everyone else make mistakes and ended up third. It’s a big confidence booster leading into the rest of the season.”

[Comment from #55 driver, Jonathan Bomarito]
It’s a big step moving forward to get our first podium. We’re looking forward to five great races remaining in the season, but we’re enjoying the moment. The guys have worked their butts off for a long time to get to this point. We’re going to enjoy it, but as soon as we get back home, it’s all business. The Detroit track is just incredibly bumpy for our cars. It’s very physically demanding, not merely because of the G-forces but the forces going down your spine and through your neck. There are a lot of hard-hitting bumps that take a toll on you. You really have to be focused to get through those physical issues. But when you’re on the podium, you always feel a little better!”