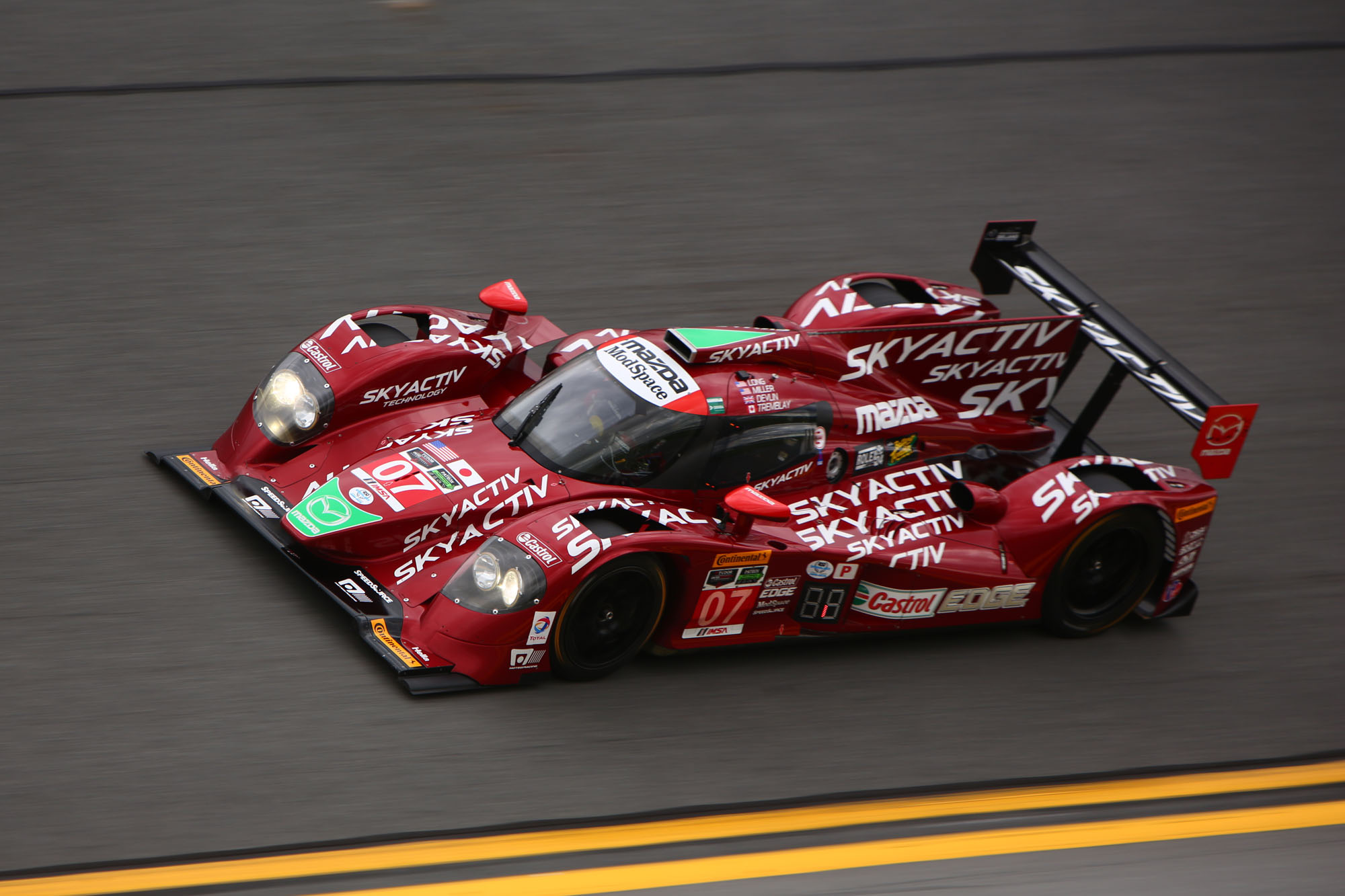 Having undergone an engine replacement due to a drop in oil pressure during the previous days qualification session, the #07 Mazda prototype (Tom Long / Joel Miller / Ben Devlin / Sylvain Tremblay) went onto the track on the 23rd (Fri) for the final pre-race practice run. With this they have confirmed that they will be able to head into the final race without issue.

After taking the wheel for the #07 and carrying out 7 check laps, Miller related with a smile, “It goes without saying that there are no issues with the car’s performance. We’ve confirmed that we can tick off laps with the same feeling as yesterday. I’m not sure what kind of times we could be setting because the track was really congested due to so many vehicles running at the same time and I couldn’t really push too hard because its right before the race. Also, we had to finish off the tire peeling that was left over from yesterday. Still, I think a pace of about 1 minute 43 to 44 seconds is definitely possible for the final race. Even as we are, it definitely feels like, if we pushed it hard, we could pull out a pace of about 1 minute 41, which could rival the DP machines.”

The 2.2 liter SKYACTIV-D race engine that is mounted in the Mazda prototype consist of the same block, and utilizes the same core components, as mass production engines that have been tuned for motor racing. After the end of last season these engines were completely overhauled. Some of the main improvements have been to the cylinder heads and head covers, while exhaust management and cooling capacity have also been enhanced. These improvements allow the engines to generate 475hp and have resulted in a 20mph increase in their top speed at Daytona. The teams are aiming to go up against their high power rivals by taking advantage of the engines’ unique strengths, such as their high torque at low rotation, as well as their fuel efficiency, to advance to the top ranks. Motorsports Director for Mazda USA, John Doonan, commented, “The team’s engineers did a really great job in the few months during the off season. Our SKYACTIV-D race engine has made a great deal of progress and by vigorously pursuing weight reduction and efficiency we have been able to achieve this performance. I think you could say this is the exact same mindset that goes into the SKYACTIV technology for production vehicles.”