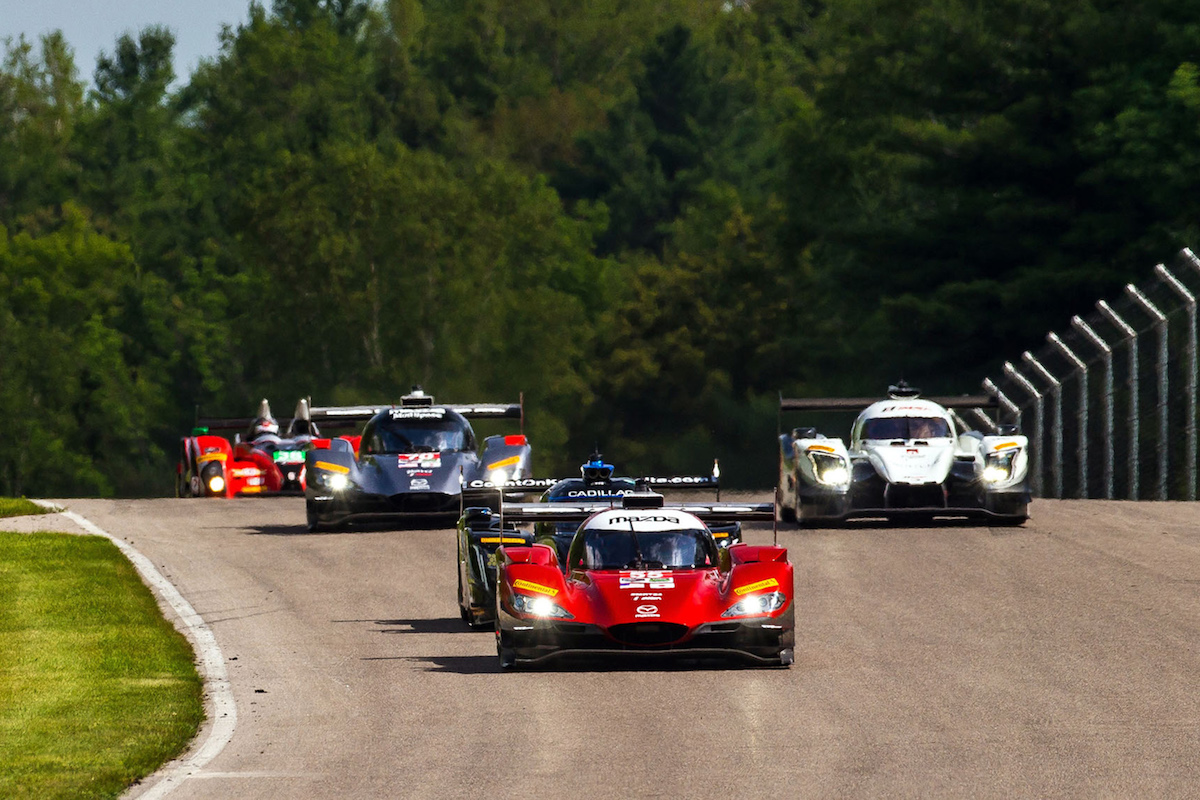 Round 7 of the IMSA WeatherTech SportsCar Championship, the “Mobil 1 Sportscar Grand Prix” was held at Canadian Tire Motorsport Park where the two entries from the Mazda USA Team finished in the top 5. Despite unpredictable conditions that saw several downpours towards the end of the race, the #55 Mazda RT24-P driven by Jonathan Bomarito and Tristan Nunez passed the checkered flag in 4th, followed by the Tom Long and Joel Miller driven #70 RT24-P in 5th.

Starting from 5th place on the grid, Bomarito immediately advanced the #55 into 4th in the first lap and had pushed them up one more place to 3rd by the time of their first pit stop. The #70 began from 10th place but carried out a fierce push forward to see them move as far as 3rd by the mid-point of the 2 hour, 40-minute race, when he handed the car over Joel Miller. Nunez took the wheel of the #55 at approximately the same time.

With about 1 hour remaining in the race, a sudden downpour hit the circuit. Most of the top running machines pitted in to change to wet tires but the road surface dried much quicker than predicted. After pitting once more to change back to slicks, the two Mazda machines drove strongly to move back into 4th and 5th and pass the checkered flag in those positions despite another late downpour that fell at the end of the race.

“That was crazy race! It was really mixed conditions with short bursts of rain, and it made a huge difference. It became a gamble on what tires to go to. Maybe if we had pitted a lap earlier for dry tires, it might have made a difference to finish higher. It was an incredibly challenging race and everyone on both teams did a good job. It was a madhouse out there!”

“What a race! Tom did a great job to gain quite a few positions, which was cool to see. As we got into the heart of the race, I got into a good rhythm, and then the rain came – the first round at least. We stayed on slicks and the rain continued to fall, and then the call came to rains. I had asked for rains, but the slicks would have been the right choice. Once we got back to the dry tires, the car was really flying. We were quick and started reeling them in. A good top-five for the program, but it’s time to win one of these.”