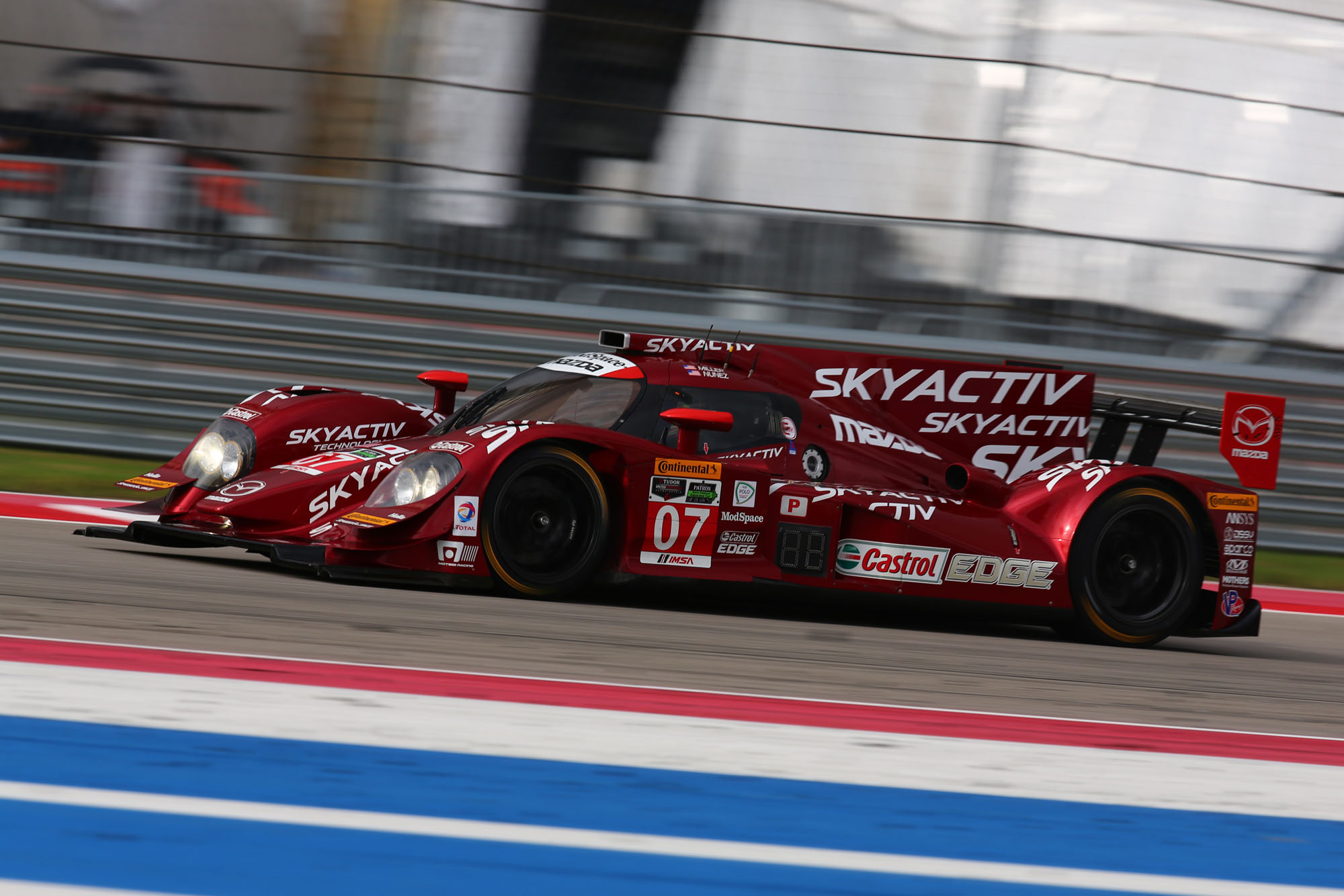 On September 20th (Sat) the Austin round of the United SportsCar Championship (TUSC) was held at the F1 track of Circuit of the Americas in Texas where the #07 Mazda LMP2 SKYACTIV-D (Joel Miller / Tristan Nunez) from SpeedSource, official team of Mazda USA, completed the race 9th in class.

With a WEC (World Endurance Championship) race being held on the same day, racing teams from all over the US gathered and race fans flocked to the Texas capital of Austin. This was the first race for the TUSC in 6 weeks, the last round having been held in the first week of August. In the southern city of Austin it is not unusual to have midsummer like temperatures right up through the middle of September. However, this race week was met with unpredictable weather which resulted in a race held under a high temperature of 31°C, a road surface temperature of 60°C, and sultry conditions rarely experienced this time of year.

At the end of the 2 hour 45 minute race, the #07 had completed the event in 9th. Taking advantage of their diesel engine’s fuel efficiency, the #07 managed to complete the race with just 2 refueling pits while the majority of other competing prototype cars had to carry out 3. However, due to the high atmospheric and road surface temperature, the engine and gearbox started to get dangerously close to overheating and the driver was forced to drop the pace. Still, the development of the chassis has clearly progressed. It is undeniable that there was a clear time difference between the #07 and the still more powerful top P2 car (this time a Ligier JS P2/HPD) in the first portion of the course with its many straights. However, in the second half of the course that consisted of successive short, twisting turns, they were capable of running at times that were approximately equal to the lead. The heads of the ACO (organizers of the 24 Hours of Le Mans) and the FIA, who were present for the WEC, apparently showed great interest in the SpeedSource team’s management and the performance of their machine.

The #70 prototype (Sylvain Tremblay / Tom Long) came to Austin having completed repairs to damage incurred through a crash at the previous round at Road America. However, in the opening stages of the race they had an issue with their turbo boost and, despite carrying out numerous repairs, were unable to comprehensively solve the problem and were forced to retire.