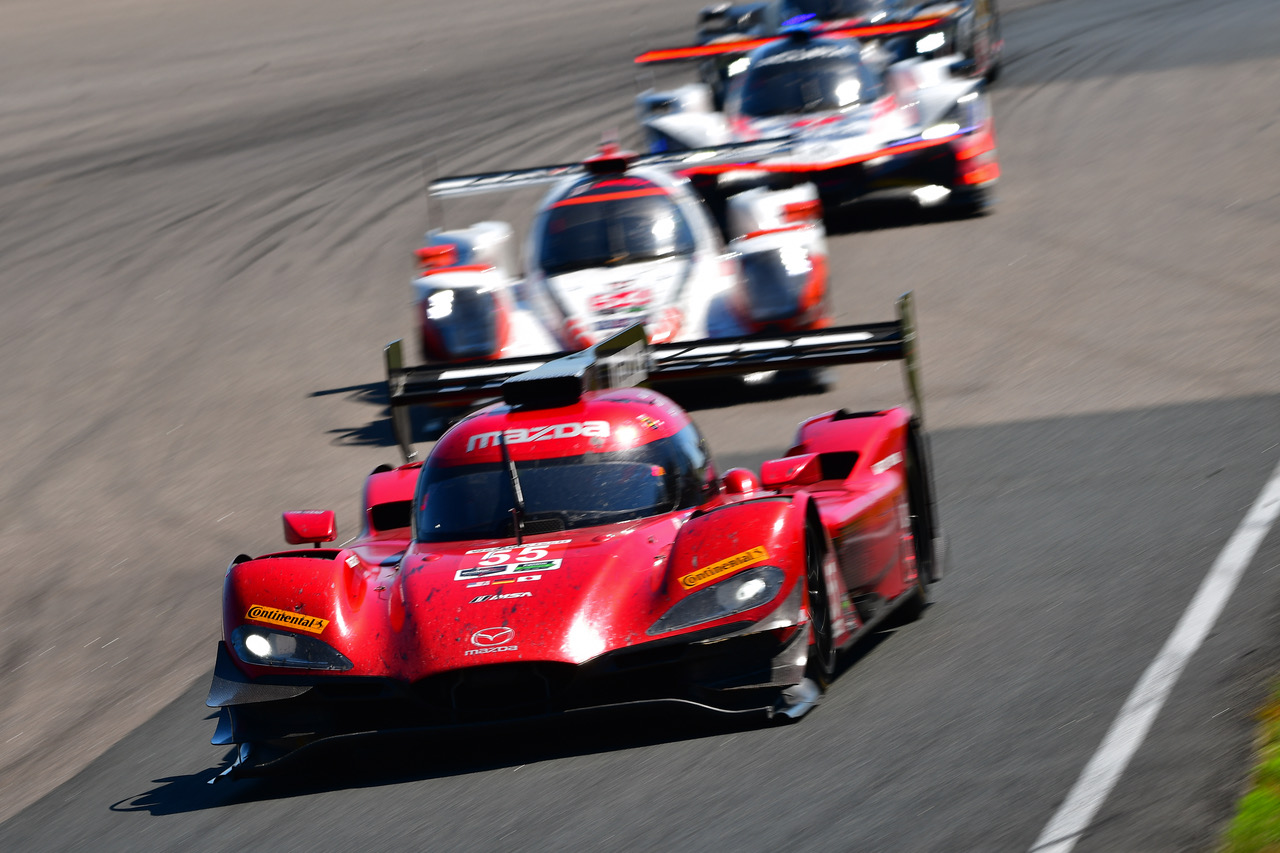 Their teammates, Jonathan Bomarito and Harry Tincknell, did not see the finish in the No. 55 Mazda RT24-P after running as high as third place in the two hour and forty-minute race, the seventh round of the IMSA WeatherTech Sportscar Championship. Bomarito, who started the race in fourth position, made an opening-lap move to move the Mazda up to third position.

With six full-course caution periods, the race presented a challenge for the engineers and strategists making calculated decisions on fuel consumption and pit stops, as well as dropping the drivers into the clutches of other cars with an advantage in straight line speed down the long backstraightaway at CTMP. After also running as high as third, the race for Tincknell ended with a wheel bearing failure in the closing minutes of the race, causing him to spin into a gravel trap. Nunez and Jarvis advanced three positions over the course of the race to move their No. 77 Castrol/ModSpace Mazda RT24-P from ninth to sixth.

The next round of the IMSA WeatherTech Sportscar Championship that will feature the Prototype class cars will be the Continental Tire Road Race Showcase at Road America in Elkhart Lake, Wisconsin on August 3-5.

John Doonan, Director, Mazda Motorsports
“I’m really proud of our drivers and how they managed traffic today. They did what they had to do to put us in a position to score a podium by driving forward on multiple occasions solely by working the traffic effectively. Unfortunately, several other circumstances, including the current balance of performance, prevented us from getting the result that their efforts deserved. We will regroup for Road America and change what needs changing so we can fight for a win.”

No. 55 Mazda RT24-P
Jonathan Bomarito
“This was a pretty tough finish for us after both Harry and I ran in third place and a podium finish was in our grasp. I think we are hurting a little bit in a straight line but the guys had the car working really well through the first half of the lap. The heat made things really hard on the tires, and that affected the whole field, but our Mazda Team Joest guys responded to it well and kept us in the hunt. We’ll put it behind us and try again at the next one.”

No. 77 Castrol/ModSpace Mazda RT24-P
Tristan Nunez
“It was a pretty challenging day for sure, so I’m glad we were able to come out CTMP with a decent finish. We had great pit stops and good strategy, but this was probably the best finish we could have gotten today. The Mazda RT24-P worked really well here, but we have a situation where we have a hard time on restarts and on the long straightaways. We’ll learn from here and go for a better finish at Road America.