Complete finish for the 2 LMP2 SKYACTIV-Ds at Brickyard
TUSC round 9, Indianapolis 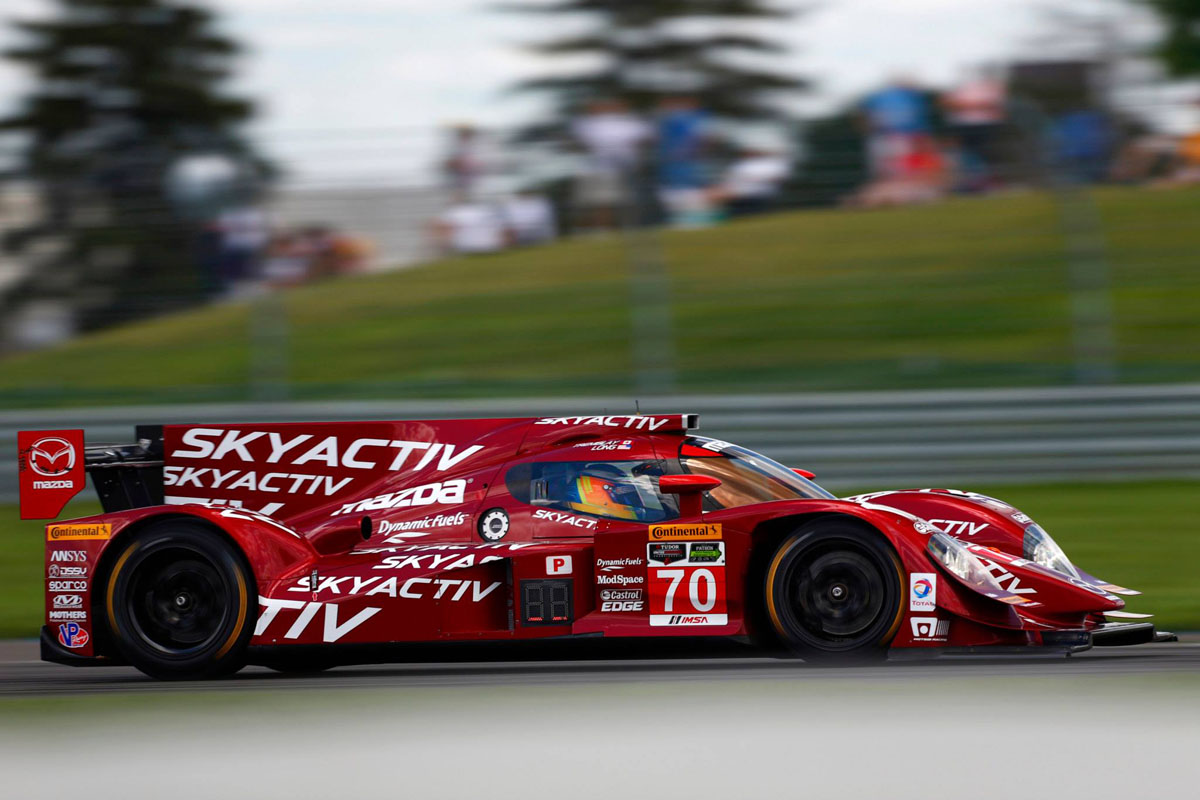 At round 9 of the Tudor United SportsCar Championship held over July 24th-25th, the 2 Mazda LMP2 SKYACTIV-D prototypes successfully completed the race in 9th and 10th respectively.

The 9th round of the TUSC was held on a 2.435 mile (approx. 3.89km) track that combined a portion of one of the most famous speedways in America (where the Indy 500 is held) with its infield course. In the official qualifying sessions held on the 24th, the Mazda Prototype #07, driven by Joel Miller and Tristan Nunez, set a time that closed the gap with the 9th placing Daytona prototype to 1.4 seconds. Keep in mind that their opponent is a 650hp, V8 beast. Based on a mass produced engine, the 2.2 liter Mazda turbo diesel produces a mere 450hp, so for the #07 to achieve such a time is a serious feat of effort. Along with this, the #70 of Sylvain Tremblay and Tom Long, which has had continuous troubles recently, managed to qualify in 11th.

The IMSA format, 2 hour 45 minute race began on Friday the 25th at 5:30pm. On the narrow infield course, the 2 Mazda Prototypes skillfully avoided the frequent collisions that occurred with 49 machines jostling for a place and managed to finish in 9th and 10th respectively. In terms of performance, they managed to set a 2nd fastest sectional time in the infield technical section. This not only shows the superior acceleration of the diesel engine but also the progressing maturation of the chassis.