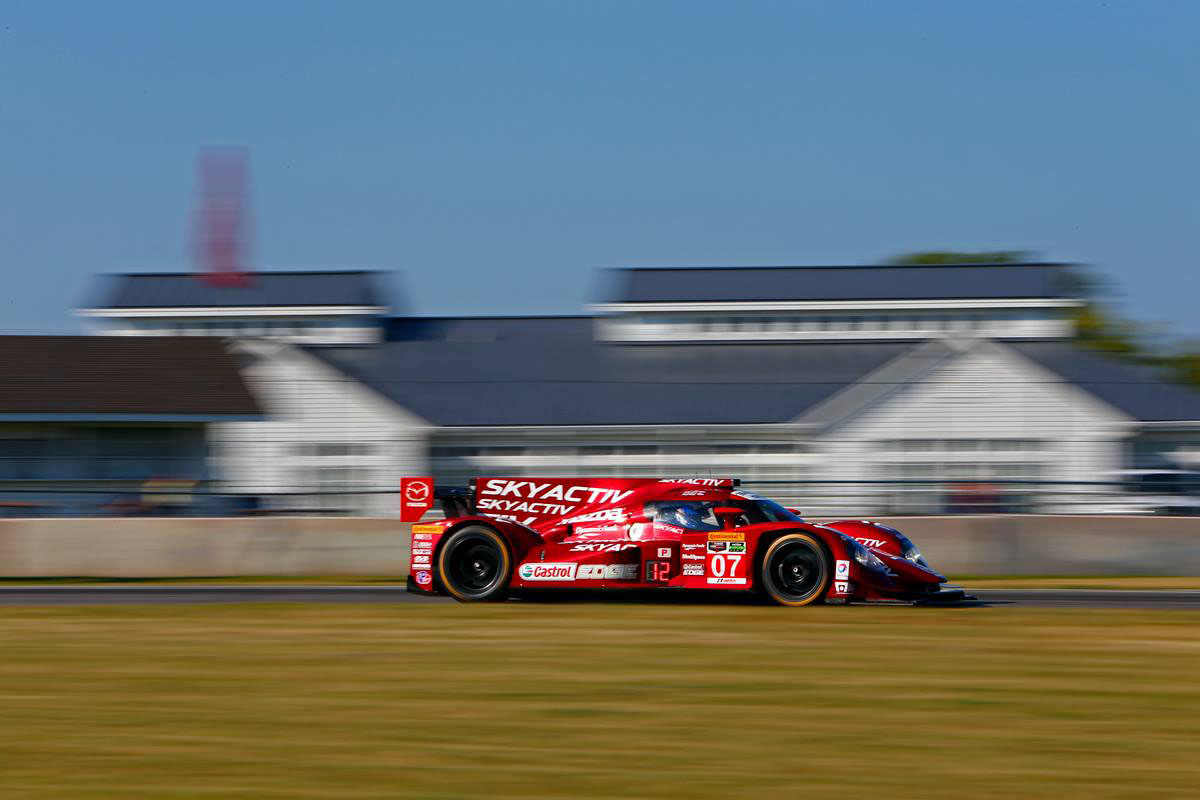 Over August 9th-10th The Tudor United SportsCar Championship race was held as part of the Continental Tire Road Race Showcase at Road America, Wisconsin, where the #07 Mazda LMP2 SKYACTIV-D of Joel Miller/Tristan Nunez completed the race in 9th.

Road America is a 4 mile (approx. 6.4km) high speed course located at Elkhart Lake, Wisconsin that is characterized by its long straights connected by right angled turns. The 2 Mazda prototypes, mounted with SKYACTIV diesel engines, have until now struggled to compete in courses with numerous long straights. However, the development of the two vehicles has been rapidly progressing and although they still can’t quite keep pace with the top group in qualifying, it’s becoming clear that in the final races, where their strengths (such as fuel efficiency) can shine, they are more than competitive. Unfortunately, something no one could have predicted occurred in the free practice session held directly before the final race. The #70 Mazda prototype, driven by Sylvain Tremblay, made contact with a GT car and ended up severely colliding with the concrete wall. Due to suffering serious damage the car was unable to take its place on the starting grid. Other than some bruises on his right leg and arm, Tremblay managed to escape the accident without serious injury, and is making rapid recovery.

Starting the 2 hour 45 minute semi-endurance race from a 12th place qualification, the #07 Mazda prototype drove at a steady pace while keeping the distance lost between the top cars at the straights to a bare minimum. Start driver, Nunez took the car into the second half still on the same lap as the race leaders. The crew, which had been watching from the pits, rewarded the drivers’ efforts with an expeditious pit stop. Through carefully calculating the refueling amount they managed to reduce the difference between the competition. Thanks to their hard work, by the time there was only 20 minutes left in the race, Miller, having taken the wheel for the last half, was running in class 4th. However, this was followed by a full course caution which allowed the cars to the rear of Miller to come up close behind him, one after another. This caused the #07 to lose its advantage and when the yellow flag was raised, it was overtaken by 5 machines to fall back to 9th. Still, it’s undeniable that this race was one of their most competitive and well fought to date. There are 2 races left in this season’s TUDOR Championship. Let’s hope that they can round of the season with a podium finish.