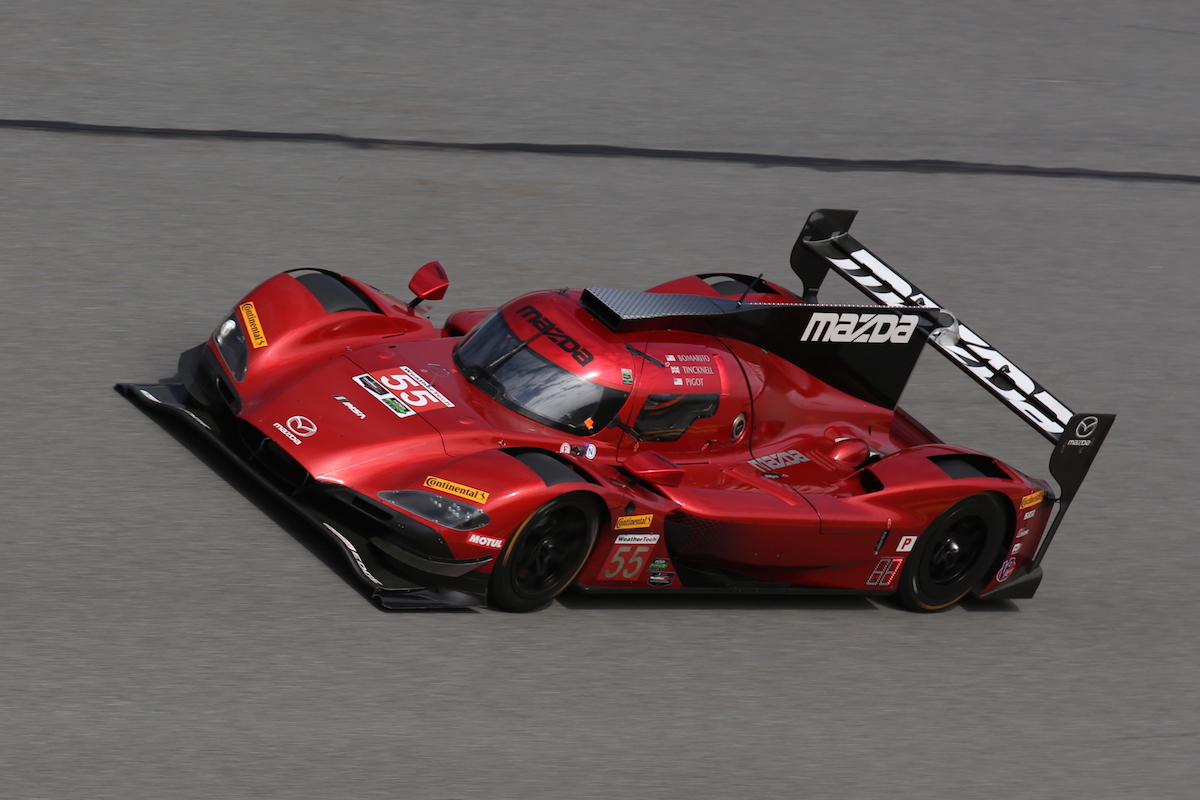 The official schedule of the IMSA WeatherTech SportsCar Championship’s 24 Hours of Daytona kicked off on January 25th (Thur) at Daytona Speedway Florida, kicking of his year’s North American racing schedule.

This year’s 24 Hours of Daytona sees Acura join the Daytona Prototype International (DPi) group of Cadillac, Nissan and Mazda cars, bringing the competing field to 11 machines. Along with this LMP2 cars that compete in the Word Endurance Championship (WEC) and European Le Mans Series (ELMS) have come over from Europe, adding 9 more entries to the regular IMSA entries, making it 20 units that will compete in the prototype class. In addition to these, there are 9 entries into the GTLM class, that includes the recently launched BMW M8 GTE, and 21 FIA GT3 entries into the GT Daytona class. This sees the number of participants into this year’s 24 Hours of Daytona reach an impressive 50 machines. There are also sure to be a lot of fans in the paddock hanging out to see F1 driver, Fernando Alonso, along with Indy stars, Hélio Castroneves and Juan Pablo Montoya.

Mazda USA’s official team, Mazda Team Joest, have been developing the unique DPi Mazda RT24-P since last summer. Mazda USA’s Motorsports Director, John Doonan stated that the team aimed to “Of course, take our first win at Daytona and then the IMSA championship.” To this end the cars have been brought back to the series after undergoing a range of performance improvements. These improvements include renewed aerodynamics, improvements in engine cooling, enhanced front and rear suspension, a revamp of suspension geometry, and thorough weight reduction in body components. Doonan stated that these improvements “eliminate the tendency for the cars to overheat and considerably improves handling.  Until now the balance between the chassis characteristics and suspension performance would often not match and occasionally during cornering the tail would suddenly snap over due to understeer. However, the handling has been reborn to address this issue. Although the performance of the engine itself has not changed, it has become easier for the drivers to handle and they have told me that they able to confidently push the car even harder.” The #55 that combines its soul red color with a black shark fin is being driven by Harry Tincknell, Jonathan Bomarito and Spencer Pigot, while the #77 that attaches a silver shark fin to its similarly soul red body is piloted by Oliver Jarvis, Rene Rast, and Tristan Nunez.

Although the one hour free practice session held on the 25th was mainly used by most teams to make adjustments to their machines, by the time the session was over last year’s DTM champion and Mazda Team Joest’s third driver, Rene Rast. Head of team management, Ralf Jüttner stated matter of factly, “We’ve only just begun, but it was a good start.” However, as the wind got stronger and the temperature began to fall for the afternoon practice session, other DPi machines began to improve their times. Although the #77 also achieved some positive times during this session it pulled out during the latter half. After detecting some concerning trends from the in-vehicle data the team decided to interrupt the session in order to carry out some checks. In the end, some overhauling work was begun on the rear section of the #77 and this left them skipping the qualifying session that began from 4:45pm and the subsequent night practice. This means they will be beginning from the tail end. On other hand, the #55 that headed into the day with relatively conservative settings put Bomarito in charge of qualifying. Although he marked the teams fastest time of the weekend with a 1 minute, 36.633 seconds, the top 10 cars in the group were separated by a mere 0.8 seconds. The #55 will start from 9th on the grid. Night practice began from 6:30pm with dusk approaching and the air temperature dropping to a chilly 10°C. Under these conditions each car ticked off a number of laps at times that they felt would be sustainable throughout the race. Driving with consistent lap times while suppressing tire degradation is crucial during such a long race. Running at the top of the group was the #90 Cadillac DPi, the Acura DPi driven by Castroneves and the Nissan DPi that took 2 wins last year. Ultimately, Tincknell brought the #55 up to 4th fastest with a lap time 0.3 seconds behind the top placing machine. Mazda Team Joest will thus be beginning the race right up amongst the top contenders.

The third free practice will take place from 9:40am and then all that’s left to wait for is the race itself.