Two Mazda SKYACTIV-D Prototypes Pull Out Before The Morning Sun 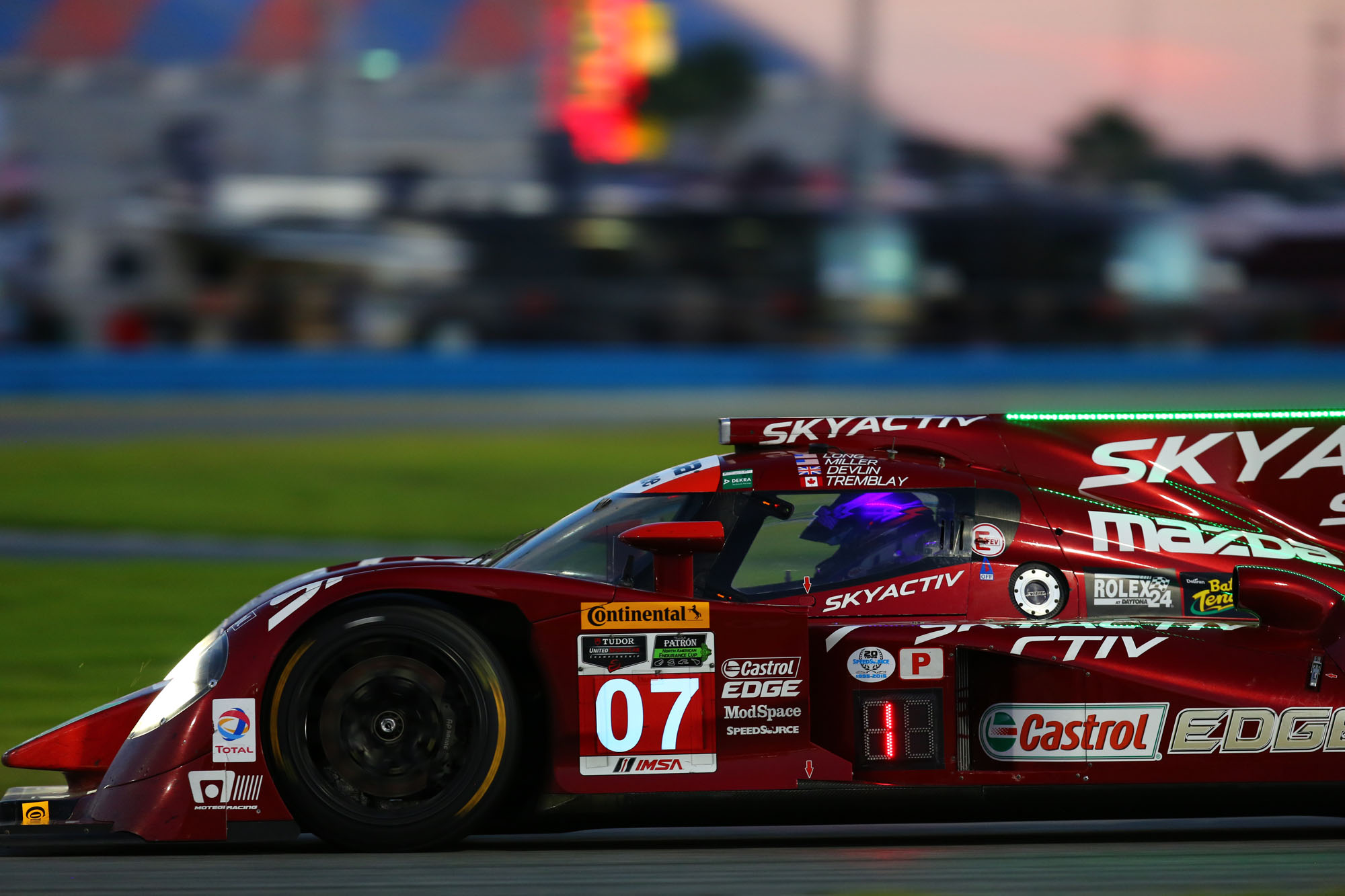 The Rolex 24 at Daytona, which began at 2:10pm on January 24th, approached its halfway point at 2:00am on the 25th. The #07, which had been running in the lead for a brief period, had been holding out up until this point, however the machine’s inclination to overheat became excessive and the team decided to withdraw it from the race. As for the #70, 6 hours and 30 minutes into the race it suffered an oil leak caused by a break to its oil pump that forced it to retire. Although it was a disappointing result, the performance they displayed during the race was demonstrably stronger than last year and confirms that these cars are capable of aiming for the top spots.

As for the #70, it was quite literally tripped up at the start of the race. In the opening lap a vehicle that was running directly in front suddenly spun out. When it rapidly decelerated to avoid making contact it was hit by a car to its rear. Although there wasn’t any significant damage, they were forced to make an early pit in the first lap. After this, the Mazda prototype began to tick off laps with a good pace and 6 hours after beginning from 13th place, the #70 had moved up to 9th. Unfortunately, trouble occurred while James Hinchcliffe was taking his stint. Sensing that there was something wrong with the car, he immediately dropped his pace and returned to the garage where it was discovered that a large amount of oil was leaking and causing damage to the engine. It appears that this was caused by damage to the oil pump. This was obviously disappointing as they had been running at such a good pace until then.

Mazda USA’s Motorsports Director, John Doonan, had this to say. “Although we only began this project last year, we came out this time to seriously battle our rivals. To that end, we went into this race with the mindset of pushing as hard as possible and solving any problems as they arose. As a result, although we had to pull out after 12 hours, I think we were able to clearly show our competitiveness and performance. We will not let this setback faze us and will continue onto the next step. I would really like to thank the team and the drivers for all their hard work.”