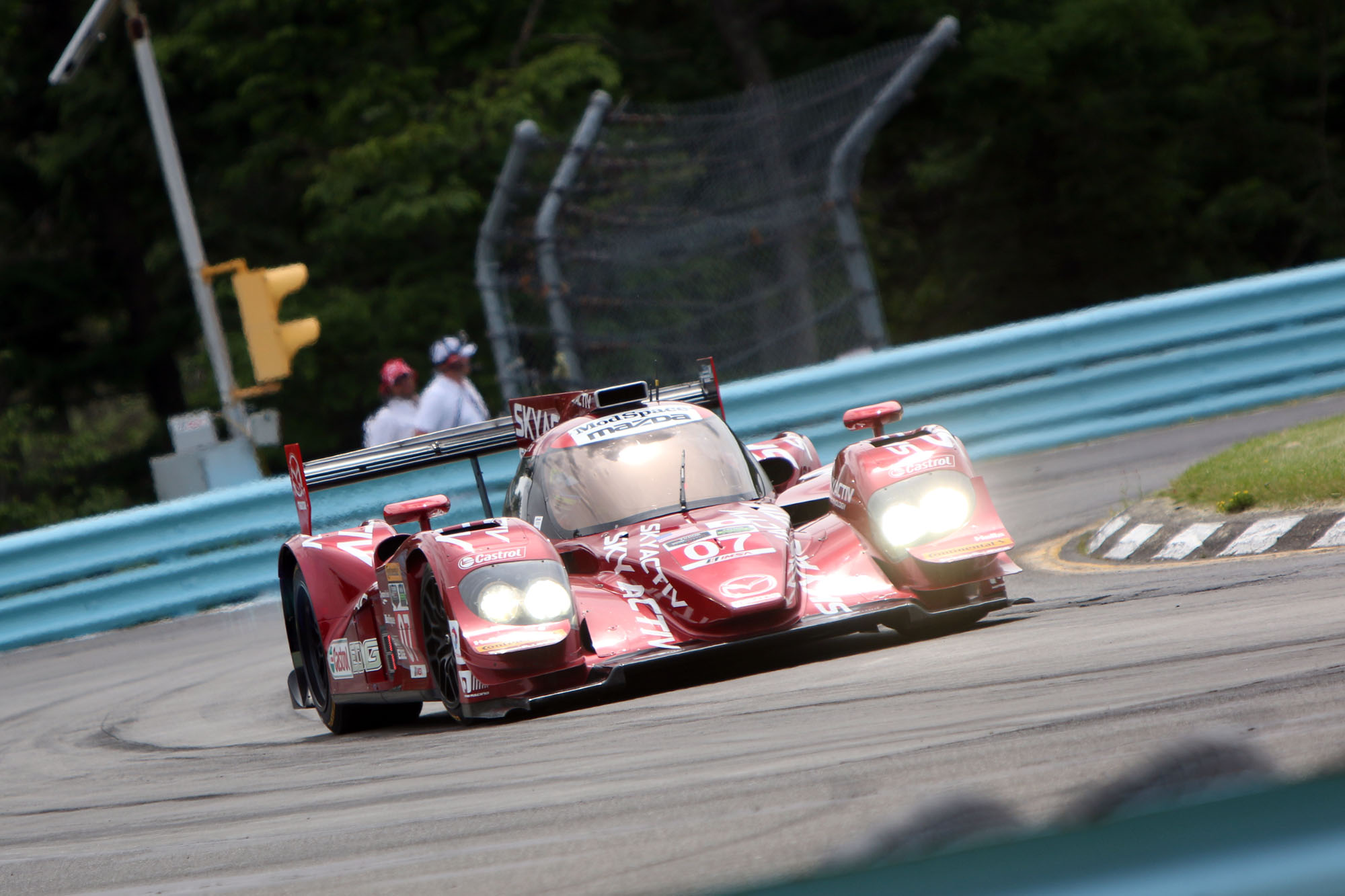 This Round 7 race is the 4th longest after the 24 Hours of Daytona, the 12 Hours of Sebring, and the 10 hour Petit Le Mans. In addition, it is one round of the North American long distance race series which consists of these four races. As it has done all season, the official team of Mazda USA, SpeedSource, has entered two Mazda LMP2 SKYACTIV-D racing cars into the competition. The three drivers for the #70 are regulars Sylvain Tremblay and Tom Long in addition to Ben Devlin who joined the team at Sebring. The #07 car will be driven by the young trio of Joel Miller, Tristan Nunez and Tristan Vautier.

Development has progressed on the power unit of the Mazda SKYACTIV-D racing engine. This time it is equipped with specifications that generate 455hp. That being said, with the high temperatures at the final race the boost will be controlled and it is likely that the output characteristics will be somewhat restrained. On the 28th, carrying on from the previous day, two practice runs and then the official qualifying sessions were carried out. There were no particular troubles in practice on the previous day, however on this day when the early morning practices began, oil could be seen leaking from the #70 as it attempted to start the session. The run was hastily canceled and it was decided to replace the engine. Nothing was discovered in the post session check but it is believed there may have already been issues with the oil flow from the previous day. The #07 raced around the track at a fast clip and recorded a good time. In the end, the #70 also managed to race from 5:00pm and get through the qualifying sessions.

Joel Miller, who drove the #07 that came 12th in the prototype class said, “The car has evolved little by little without any problems. However, there are still some issues with the cooling of the engine bay so I think that it may not be able to be at full power in the final race. But it’s a long 6 hour stretch so there should be opportunities for us. I’m going to do my best.” The race’s green flag is scheduled to be waved at 11:10 on the 29th.

The two and a half hour Continental Tire ST race was held on the same day. Here, although CJ Wilson Racing’s Mazda MX-5 took pole position, repeated yellow cautions and their pit timing saw them hand over first place to another machine. However, the pair of McAleer / McCumbee, behind the wheel of the MOD SPACE MX-5, came back from the rear little by little, raising their position and, towards the end, overtook the car in 2nd to remain there until the end of the race. They have managed to stay in the top spot of the Championship rankings.