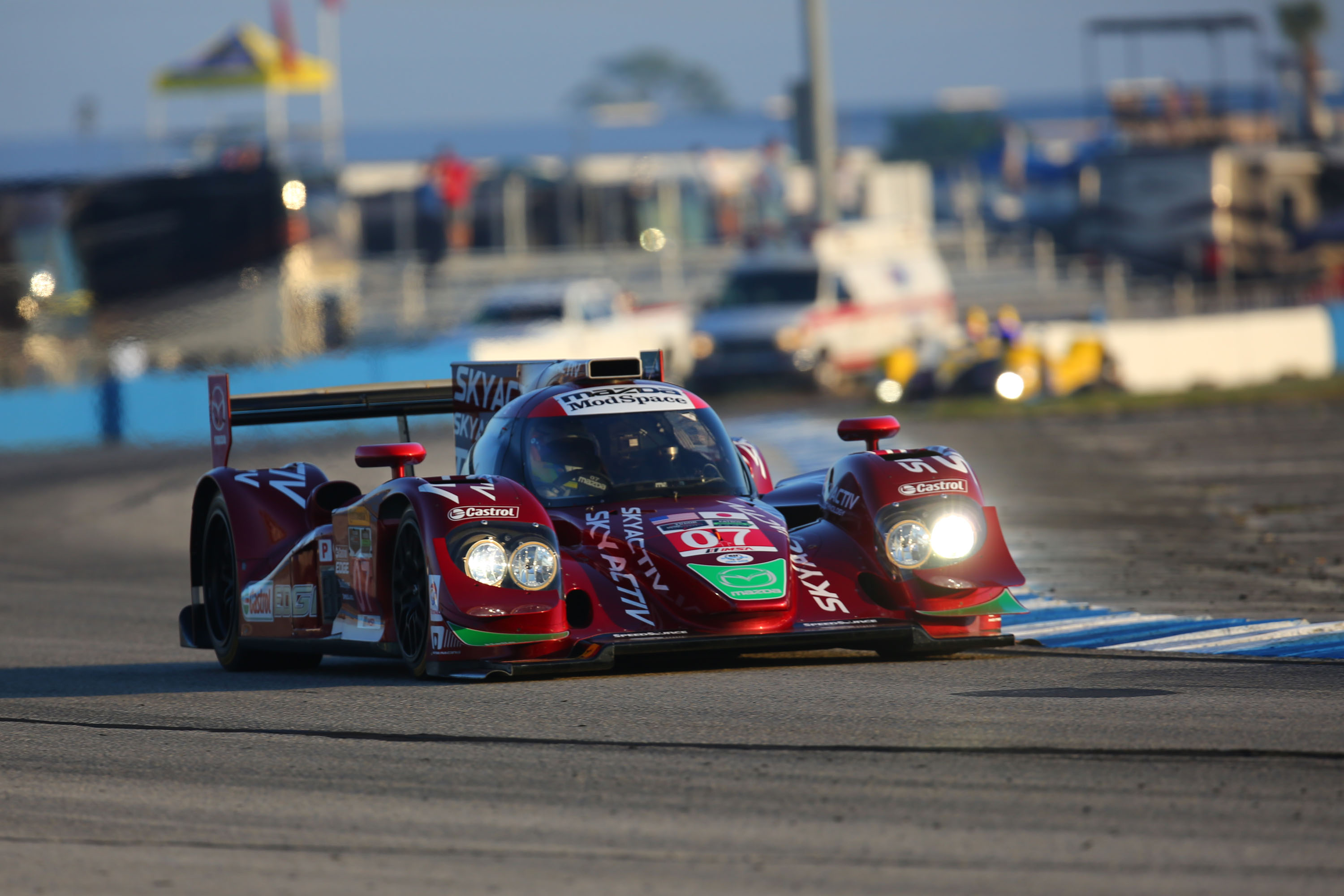 Round 2 of the TUDOR United SportsCar Championship, the 12 Hours of Sebring, was held on March 21st, where the two Mazda LMP2 SKYACTIV-D Racings (Mazda prototypes) both ended the race in retirement.

Beginning in overall 17th behind the wheel of the #70 Mazda prototype was 19-year old Tristan Nunez. Brimming with energy, he aggressively attacked the circuit and, during his over 3-hour stint, managed to take his machine up to 10th place. After the baton was passed to Jonathan Bomarito, the team instructed him to continue pushing the car even harder. With a solid, high-paced run, he shot the Mazda prototype into 5th place. However, just before 5 hours had passed, the car’s oil pump drive belt broke and this left them unable to continue. As for the #07 Mazda prototype, Tom Long took the wheel for the start but experienced a fuel leak at the early stages of the race and was forced back to the garage for repairs. After a long period they managed to return to the course with Joel Miller in the cockpit but at the 5-hour mark they were again forced back into the garage where it was found that the car was overheating and the team judged that it would be impossible to continue.

Mazda USA’s directory of motorsports, John Doonan, stated, “It was over before we’d like, but we were pleased to have run on the lead lap and in the top-five in the Prototype category for so long. It’s very encouraging to see the cars improve in each race – and even each practice or qualifying session – as we move ahead. We had a team meeting after the race, and everyone there can walk with their head held high as the entire effort improves.”

#70’s Nunez, said, “I had a blast. Our Mazda was strong all the way through my segment of the race. It was really amazing how much better we ran than ever before. Yes, it got pretty hot in there, but it was exhilarating. I’m guessing it was 120 degrees or more in the car today. But that’s when all of the training you do before the race comes in handy. That’s what separates the professionals from the rest: to not make mistakes even when you’re body is telling you ‘c’mon, let’s pull in. Let’s get out of the car.’ You have to push through it. That’s why I love racing: it’s very hard mentally and physically and you have to overcome it all.”

TUSC round 3 is scheduled to be held in 3 weeks at the Long Beach street track in California.