3 Days Until The Rolex 24 At DAYTONA 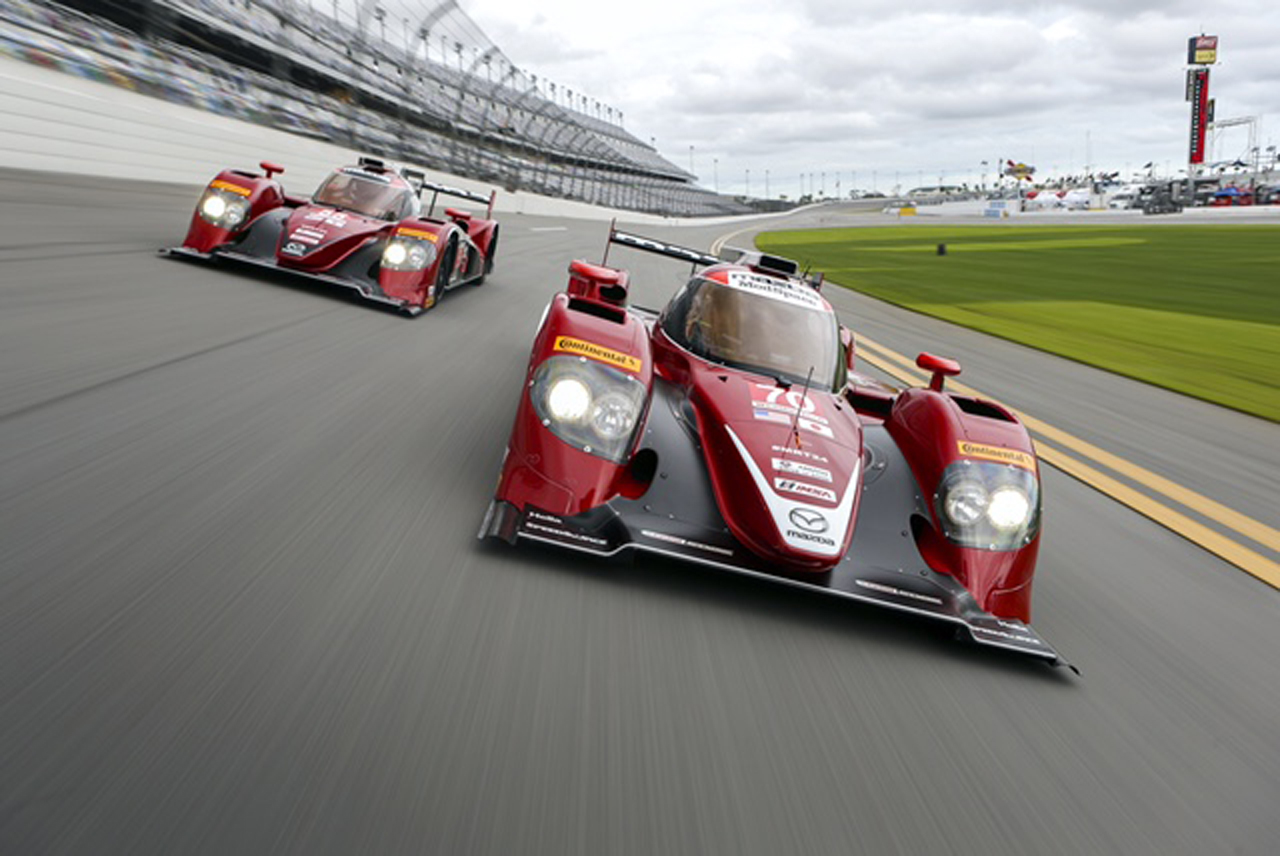 On January 26th (Tue) Florida’s Daytona Speedway was suddenly bustling with activity. Teams from all over the US and the world had began gathering at this racetrack to prepare for the Rolex 24 at Daytona, the opening round of the IMSA WeatherTech SportsCar Championship, to be held this weekend. Amongst them was the official team of Mazda USA, Mazda Motorsports, who brought their two Mazda prototypes into the garage to begin preparations for vehicle inspections and so on.

The Mazda prototypes that are now mounted with a new power unit, a 4-cylinder 2-liter gasoline direct-injection turbo “Mazda MZ-20T” engine, first met the public eye at the official tests held two weeks prior. Here they showed some impressive performance, recording the 3rd fastest time in the prototype class. With a new engine that generates 570hp, as long as the teams are able to obtain a good position in qualifying, a podium finish is very much within their grasp. Driving the #55 will be Tristan Nunez, Jonathan Bomarito and 2015 Indy Lights champion, Spencer Pigot. Behind the wheel of the #70 will be Tom Long, Joel Miller and British veteran Ben Devlin.

Some auspicious news arrived just prior to this weekend. Mazda Motorsports regular and development driver for the new Global MX-5 Cup Car, Tom Long has just had his first-born son, Camden James Long, come into the world. Camden, the son of Tom and his wife Kara, was born exactly one week prior to the start of the race, just before noon on January 23rd, almost as if he didn’t want to cause his old man any worry prior to the event.

As the 24 at Daytona is a super-long endurance race, the tactics that the teams employ is always a sight to see. Headed by team representative, Sylvain Tremblay, the Mazda team has a skilled staff of “spotters” who keep an eye on the trends of other teams and gather other information in order to assess the ideal pace, tire change / refuel timing, and so on. Former NASCAR driver, Rick Carelli, Sylvain and Daniel Tremblay will take shifts for the #55, while spotting for the #70 will be NASCAR veteran, Tim Fedewa, and Andrew Carbonell, who drove in the Continental Tire Sports Car Challenge in an MX-5. These spotters will be watching the race from the spotting stand situated in the center of the all-new Daytona Stadium (grandstand).

For some time now Mazda USA has been holding special science classes for high school students, dubbed STEM, in the lead up to USCC races. This program was kicked off in 2014 and after completing a tour of two Florida schools this week, the total number of participants has reached 20,000. STEM, which stands for Science, Technology, Engineering, and Math, holds classes with the aim of arousing student interest in high school science courses and inspiring their future career goals. Mazda Motorsports driver and team race engineer, 29-year old Joel Miller, acts as the instructor for these STEM lessons.

There was a photography session scheduled on the 27th in order to photograph all the competing vehicles but unfortunately there was heavy rain from the morning. For that reason the annual photo was forced to be cancelled. Apart from the photo, vehicle inspections, team management meetings and so on were carried out on this day, with the practice sessions set to start from the 28th. It appears that the unstable weather is predicted to continue up until the 28th but it should clear up by Friday. Official qualifying is scheduled to occur on Thursday afternoon and the starting grid will be decided. With rain forecast for tomorrow, the level of precipitation, plus whether or not each team will be able to carry out their time attacks with the specs they set on test day, will determine success or failure. As a support race is being performed on Friday, the start of the 24-hour race is scheduled to begin at 2:40pm on Saturday afternoon (4:40am on the 31st, Japan time).