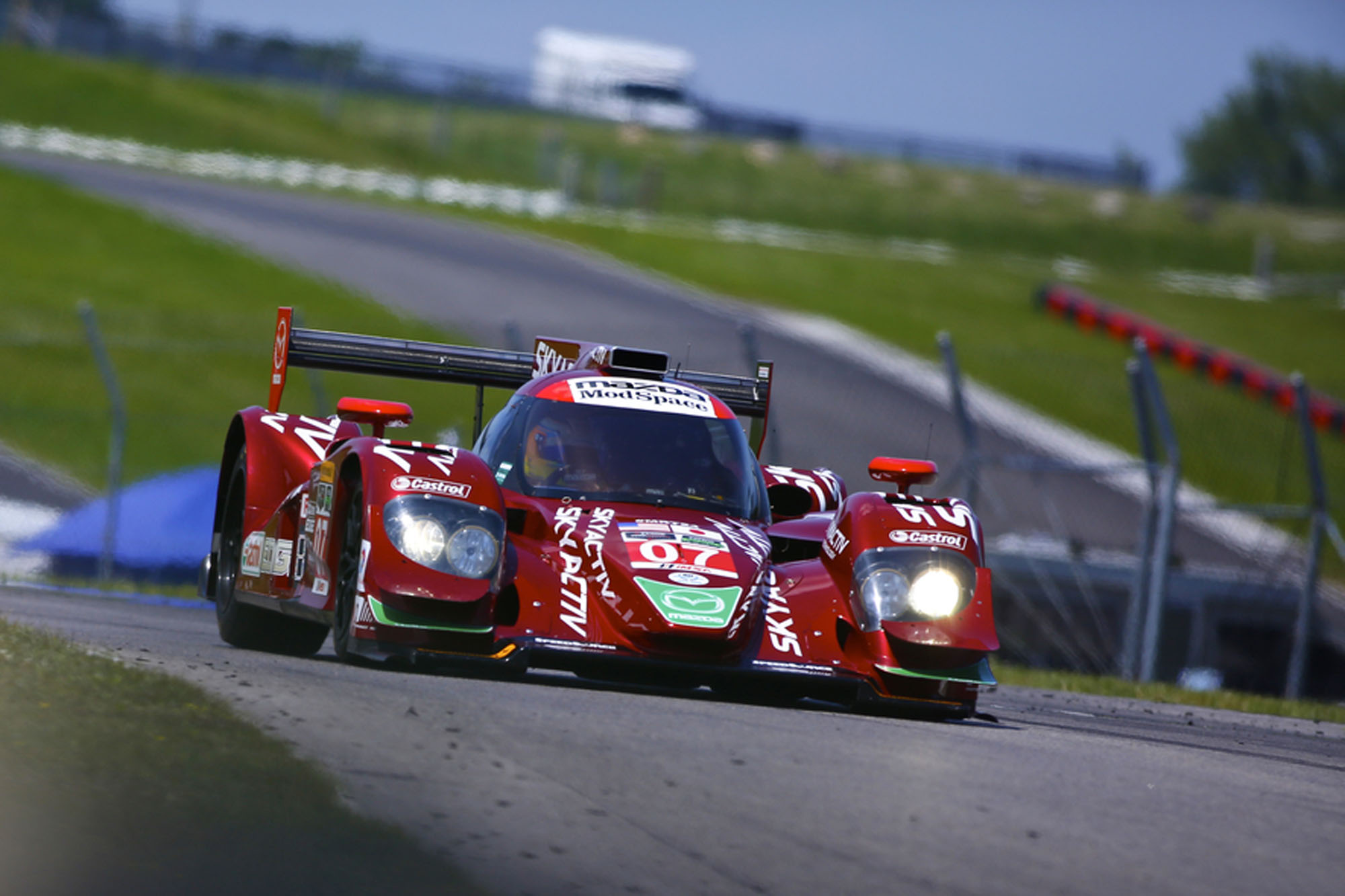 IRVINE, Calif. (July 12, 2015) – The Mazda Prototype team, featuring drivers Tom Long and Joel Miller, scored another strong finish in the IMSA TUDOR United SportsCar Series race today at Ca-nadian Tire Motorsports Park. Starting the Mobil 1 SportsCar Grand Prix in the eighth position, the team used the fuel-saving benefits of the SKYACTIV diesel engine to make one less pit stop than any other in their class to finish seventh overall. The race was won by the Corvette team of Wayne Taylor Racing with drivers Ricky and Jordan Taylor.

Tom Long, Driver, No. 07 Mazda Prototype
“The team really maximized everything today: the car was good, we had really fast pit stops. The driver change was done in 15 seconds, which is what we’re striving for and is likely the fastest we’ve ever done in a race. We made up some positions on pit lane and we managed the fuel mileage through the race. Around these high-speed corners, the downforce of our car is just incredible and allows us to be competitive. Joel had a great finishing stint, and managed to be quick while saving fuel. It pretty much encapsulates a clean, strong race for us.”

Joel Miller, Driver, No. 07 Mazda Prototype:
“First off, the engineers and the SpeedSource team prepared a great Mazda for us today. It handled great in the final two stints of the day, and the pit stops showed how hard the guys have been work-ing to make them quicker and better each race.

“My first stint was all about fuel savings. We were the only Prototype team to finish the race on only two stops, and we had about a gallon left in the tank when we finished. It was what we had to do: tak-ing advantage of the fuel economy of the diesel. We did everything we set out to do and the car’s in great shape for [the next race] at Road America.
“When you’ve saved fuel for an hour and 20 minutes, and then the team says you no longer need to conserve, it’s time to go! I could really push the car deep into the braking zone, maximize the han-dling in traffic and when you’re pushing, the car’s really got it.”